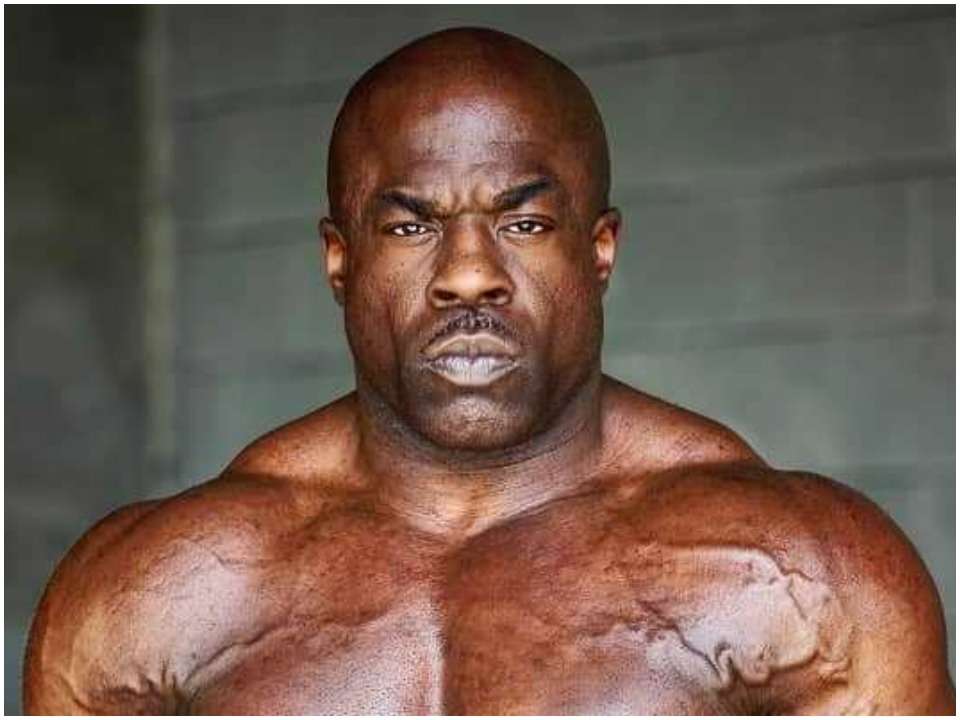 Kali Muscle is an American personality who has worked as an actor, and entertainer. He has appeared in many commercials including snickers, Honda, Comcast, Taco Bell, and GEICO, and others. Recently he became the talk of the nation after suffering a heart attack resulting in him being hospitalized and still recovering from it.

Chuck “Kali Muscle” Kirkendall was born on 18th February 1975. As of 2021, he is 46 years old. Not much is known about him related to his parent’s details, parents’ life, siblings’ details, siblings’ life, educational details, college or degree, etc. He is assumed to have maintained a private life as far as his parents’ life is concerned.

Kali appeared as a bodybuilder in the Geico ad where he attracted traffic. He also appeared for a music video which was filmed for the singer Jamey Johnson. He is running a fitness channel on YouTube as of April 2021. His YouTube channel has attracted almost 2.3 million subscribers and over 4k+ million views. His channel on YouTube is mainly based on his bodybuilding tips and something more about how to gain and workout like him.

Kali appeared in an acting role in 2011 for the film Wonder Woman. The following year, he appeared in another film named Applebaum. He played the part of Mikey in another film released that year and it was “The Dog who saved the Holidays”. Later in 2014, he got a role in the episode of “Road to Nashville” where he played the part of Brett. Thereafter, he played the role of Bones in the film “The Big Shot” which was about two small-time film producers.

The bodybuilder Kali Muscle revealed that he was suffering from a severe heart attack and had to be hospitalized for the same. He underwent critical heart surgery just a day after another bodybuilder named Shawn Rhoden died because of cardiac arrest while being at the age of 46. Kali himself confirmed the news of his heart surgery on his YouTube channel where he called the scenario to be the scariest one. It has been claimed that the man was suffering from severe chest pain and was believed to have heartburn before his girlfriend took him to the hospital.

According to some reliable sources, it has been confirmed that Kali’s artery was 100% clogged before he wanted to put the same update on his YouTube channel. The 46 years old Kali gave a message on his YouTube channel while saying people to take good care of their health. He said that God has given him the second chance. He is alive. Saying those words he went into tears and screened everything while being in the hospital. It has been reported that he will leave the hospital within two or a few other days after undergoing successful surgery.

In 2016, Kali divorced his wife named Dvyne. The pair surprised their fans when they decided to split up. It made people more excited to know about their lifestyle after getting split. Some of the reasons that were known to be the reason for their split were:

Seeing Dvyne’s Instagram account, it could be said that she loves to spend money on herself while making her life fabulous. She used to post images of her clothes, luxurious items, bags, and footwear that all cost money. Moreover, the couple divorced each other because of losing their trust and compatibility after being involved in the marriage of nine years.

On the other hand, Kali has now met a new friend whom he has made his new partner. Her name is Helena, a native of Croatia. They have been together for many years and Helena used to post her pictures on Instagram along with him. She is a proud lady who loves to be in a relationship with Kali. She shares the things that she loves to do.

The 46-year-old man is estimated to earn a net worth of around $5 million. He has earned a lot of wealth from his commercials, and acting career. He also owns a YouTube channel where he used to post his videos on the topic of fitness. His channel has around $2.45 million of subscribers and over millions of views on almost every single video. He is a well-famous personality over the internet. His channel further adds $3000 to $7000 to his account.