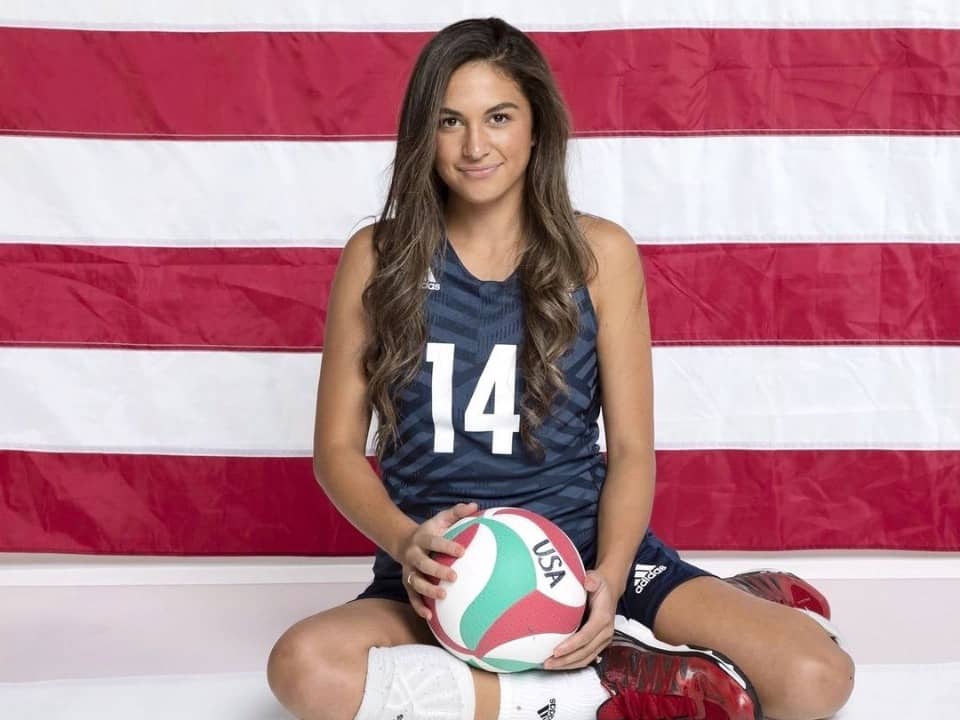 Kaleo Maclay’s full name is Kaleo Okalani Kanahele Maclay. She was born as a disabled child. Currently, she is serving as an American Paralympic Volleyball player. Along with her sports career, she also owns Flower & Flour, a brick-and-mortar coffee, bakery, and flower shop.

Kaleo Maclay was born on 11th July 1996 in Oklahoma City with a joint bone in her left foot. The names of her parents are Lubile and Charla Dye Kanahele. She has one brother and one sister whose names have not been shared yet. She underwent a surgery called “tenotomy” when she turned 9 months, but couldn’t get the expected outcome from it. Since then, her left leg was shorter than the right one with a small calf muscle with reduced flexibility. She started playing basketball at the age of 7 years and later started playing softball. In one of her matches of softball for Oklahoma Reign, she was given the title of the first baseman.

By the time she turned 9 years old, she started playing volleyball and at the age of 10, she started playing volleyball for Oklahoma Peak Performance. Due to her outstanding performance and hard work, the team took 42nd position in the USA Volleyball Girl’s Junior National Championships. Later by the year when she turned 13 years of age in 2009, she played in the same team and got 18th place in the game. In her spare time, Kaleo Maclay likes to listen to music. She is a hard-core fan of the Kings of Leon music group.

Kaleo Maclay started her career with sitting volleyball and later she started playing professionally in the Paralympic Games. In 2010, she participated in Parapan American Championship held in Colorado. There she won a gold medal and later won a silver medal in WOVD Championship. In the respective years of 2011 and 2012, she won three gold medals in the national level games including ECVD Continental Cup, Parapan American Zonal Championship, and Volleyball Masters. She also participated in Paralympic Games 2012 that was held in London and she won the silver medal with her efforts and participation.

In June 2014, she participated in the World Championship that was held in Elblag, Poland. She stood against China and scored 7 points while being in a team with Nicky Nieves. In 2015, she was part of the USA team at the Parapan American Games that was held in Toronto Canada. While being on the team she played well and won a gold medal for the team. Maclay is going to be part of the Paralympic games this year in August 2021 where she is defended to attempt a gold medal at the Tokyo Paralympics.

She married Matt Maclay in August 2016 and currently living a happy life with her husband and a baby boy named Duke. Her child was born in 2017. Currently, she owns two small businesses. One is Flower & Flour which is a bakery, flower, and coffee shop located in Oklahoma City. She holds another business of cookies where custom-decorated cookies are used to sell. She competed at the World ParaVolley World Super 6 game while being pregnant in 2017.

She is an ordinary person with great talent and participated in numerous national and international level games. Kaleo also owns two businesses of small shops. She has been a well-known Paralympic volleyball player. As of now, her wealth and fortune details are unknown.