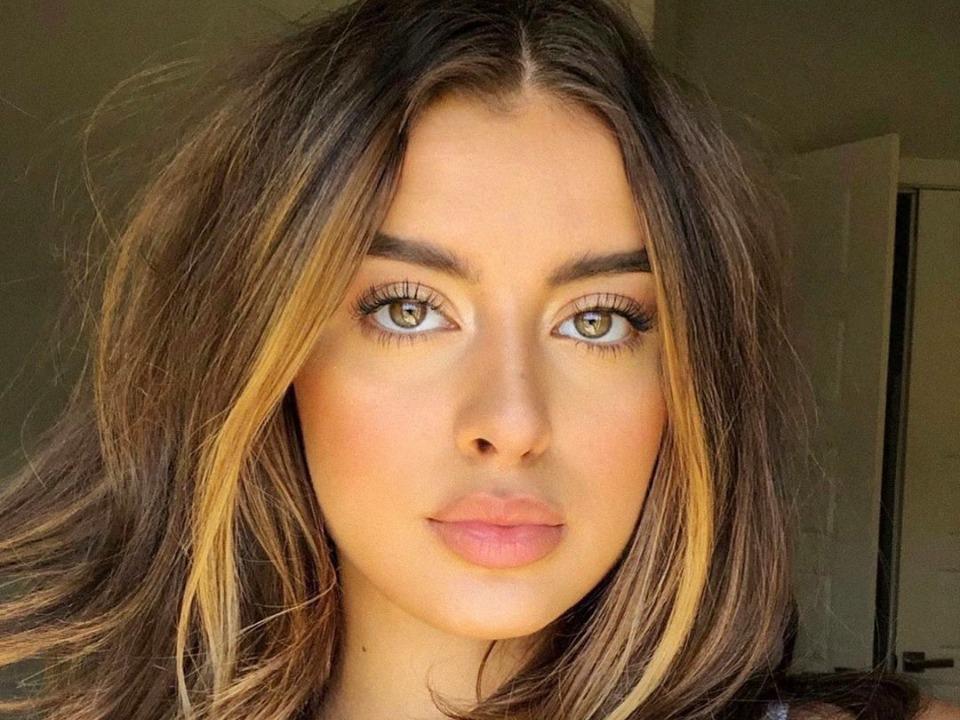 Kalani Hilliker is an American model, fashion designer, dancer, actor, and businesswoman. At a very young age, she is able to achieve so much with her hard work and with support from her family. She came into the limelight when she, made an appearance on the shows such as “Abby Lee’s Ultimate Dance Competition”, “Dance Moms” and “Shake it up”. Hilliker also received support from JoJo Siwa who is an internet personality and Cheryl Burke, who is an alumnus of ‘Dancing with the Stars”. She also owns “Pretty Feet’s by Kalani” that deals in a variety of socks.

Kalani Hilliker was born on 23rd September 2000 in Phoenix, Arizona, United States of America. She is the daughter of Matthew Hilliker who is an actor and Kira Girard who has made an appearance on Dance Moms and is also a fitness advisor. She also has a younger sibling who is Jax Girard and Jett Newman. At a very young age, she started dancing and also used to play soccer. Her mother supported her in Dance coaching. When she was 5 years old, she used to train at Club Dance in Arizona, and at the age of 10 years, she completed her training for ballet dance at the Master Ballet Academy.  She decided to go to Pepperdine University in 2020 but due to the coronavirus, it has been delayed.

Kalani’s career began when she took part in a reality TV dance competition named Abbey Lee’s Ultimate Dance Competition. She has also made an appearance on Dance mom’s fifth season with her mother Kiara and was on the show for 5 years. While on this show she became friends with Maddie, Mackenzie Ziegler, Nia Sioux, and Kendall Vertes.  Throughout these appearances, she was known for her flawless dance moves on American reality TV series. She has also been interviewed by famous YouTuber JoJo Siwa. After a break from Abbey Lee’s Ultimate Dance Competition 7th, she again became a part of the same show.

This time she and other dancers formed a group named “The Irreplaceables” which was led by Cheryl Burke who is an alumnus of the American reality TV show named “Dancing with the Stars”. After the show was wrapped up the Irreplaceables used to conduct various tours where they provide interested applicants with dance workshops held at various cities in North America and sometimes abroad also. This way she gained confidence in herself and decided to focus on this as she was quite a pro when it comes to dancing. As she already made an appearance on these American reality shows, she also received an opportunity to make an appearance in Disney’s dance drama show named “Shake it Up” and “Freeform’s Bunheads”.

In 2018 she also starred on a show named “Dirt” available on Brat Network and In 2017 and 2018 she got an opportunity to judge the Miss Teen USA competition. She was also very much into Fashion Lines also so then came “Pretty Feet by Kalani” which is her very own sock line sold at Claire’s. Kalani is also partnering with PromGirl as her creativity helped in designing their prom dress collection. She also expanded her career growth and started with her own YouTube Channel where she shares blogs and some routines followed by funny prank videos. Currently, she uploaded a video where she finished High school and is moving to Los Angeles.

She is currently single although earlier in 2014, she was in a relationship with a dancer named Brandon Chang. She is very active on social media and has an impressive amount of fan following. Kalani has uploaded 116 videos on her YouTube account and has 797K fans following. She has 7 Million fans on Instagram and 353K fans follow her on Twitter. She mesmerizes her fan following and attracts them by sharing her amazing and luxurious lifestyle.

Her net worth has been estimated at around $2 Million currently as she has various sources of income. We wish the young star all the best for a bright and amazing future ahead.