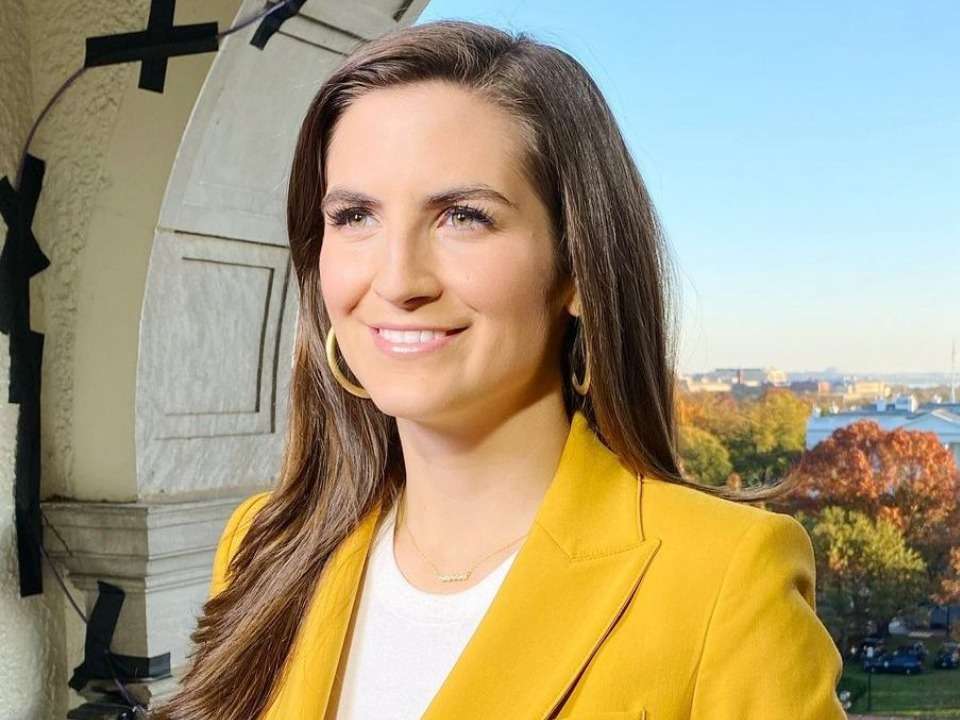 Kaitlan Collins, currently 29 years old, was born on 7th April 1992 in Prattville, Alabama, USA. Her father, Jeff Collins is a senior mortgage banker but the information about her mother is unavailable. She was born the second oldest in a family of four children. Collins has two brothers Brayden Collins and Cole Collins and a younger sister Lena grace Collins. She spent most of her life and grew up in her hometown Prattville with her family.

Kaitlan lived in Alabama most of her life and completed her education in her hometown, Prattville. She graduated from Prattville high school. To pursue her college education, she went to study at the University of Alabama in 2014. She first enrolled for a degree in chemistry but later changed her subject and graduated with a bachelor’s degree in political science and journalism. She was also part of the Alpha Phi International women’s sorority.

Kaitlan moved to Washington DC after completing her graduation from the University of Alabama. She started blogging and wrote for various journals as a freelancer before starting her career as a journalist. She was hired after her graduation by The Daily Caller in 2014 as an entertainment reporter. In 2016 after she covered the presidential campaign, she was named as the Chief White House correspondent by The daily caller 2017. She started making appearances at CNN while working for the Caller. Later while covering on the white house she met with the network president of CNN and was offered to join the channel.

She joined in 2017 as a white house correspondent and started covering the Trump administration also traveling to various countries including Beijing, Singapore, and many others during the process. She covered a large part of written and television coverage of the 2020 presidential elections closely for CNN as a white house correspondent. In January this year, she was promoted as the chief white house correspondent to cover the Biden administration and became the youngest to take up the position in the history of CNN. Kaitlan also appeared on numerous famous television shows like Anderson cooper 360, CNN today, At this hour, Erin Burnett out front, Inside politics, the 11th hour with Brian Williams to name a few.

Due to her prominent image in media and bold style of interviewing, she has been involved in various controversies. In 2018, a group named Log Cabin Republicans tried to surface some tweets written by Kaitlan while she was at the University of Alabama in 2011. She wrote a homophobic tweet using the slur “fag” and expressed that she did not know if she wanted a room with a lesbian. Kaitlan later apologized for being ignorant at college and for hurting sentiments. She considered her tweet immature and regretted it. She also came to the media attention when she was barred from the white house press conference in June 2018.

At the conclusion of the event, she asked questions about Putin and Trump’s former attorney Michael Cohen. Her questions were ignored and she was suspended for asking inappropriate questions and shouting white the press conference. She repeatedly refused when she was asked to leave. However, the white house correspondents association called the ban inappropriate and weak and various new channels stood up in her support and refused the claims with solidarity for a free press.

Later again in the year 2020, she got into a controversy when she questioned the President about his claims of taking total authority in managing social distancing restrictions but was told to exchange seats with another reporter, and both the reporters refused to comply with the request. Collins’ refusal to comply with the order which was issued by the White House official lied to the suggestion of summoning the Secret Service but the issue later cooled off.  But in November, Kaitan was in the news again after White House press secretary Kayleigh McEnany refused to call on her saying that he didn’t call on activists.

Recently, this year in 2021, she was again in the media when she engaged in a heated argument with president Biden. She has asked Biden about why he was confident that there will be a change in Putin’s behavior after he had returned from a summit with him. To this, Biden replied with a noticeable irritation that he never said he was confident and fired at her for not being attentive enough of what he had said earlier. He also said that if she does not understand what he said, she must be in the wrong business. He later apologized to Kaitlan for his rude behavior and to which Kaitan replied there was no need for an Apology.

Kaitlan is highly active on her social media accounts. On her Instagram, she enjoys a following of 202k followers and has been highly active in posting about her professional life and her travel stories since she first joined in 2017. Kaitlan more frequently uses her Twitter account where she has 1.1million followers. She likes to post various updates in the political scenario and openly gives her view on various events. She is even followed by big celebrities and known personalities.

Kaitlan has been in a long-term relationship with her boyfriend Will Douglas. He is the founder of Crimson care pharmacy in Texas. The couple started dating in 2016 and have been together since. Kaitlan’s family has a pet dog named Baxter. She is friends with a lot of prominent personalities like Sara Fink Carmichael, Alex smith, Courtney Araskiewicz, etc. She currently lives in Washington DC.

Kaitlan has been working as a Journalist since 2014 and has gained a lot of respect, recognition, and wealth over the years. She earns through her work as a White House Correspondent and also through appearing on several shows as a guest. She leads a lavish lifestyle and enjoys luxury life experiences. Her net worth as of 2021 is estimated to be around $1.5million.