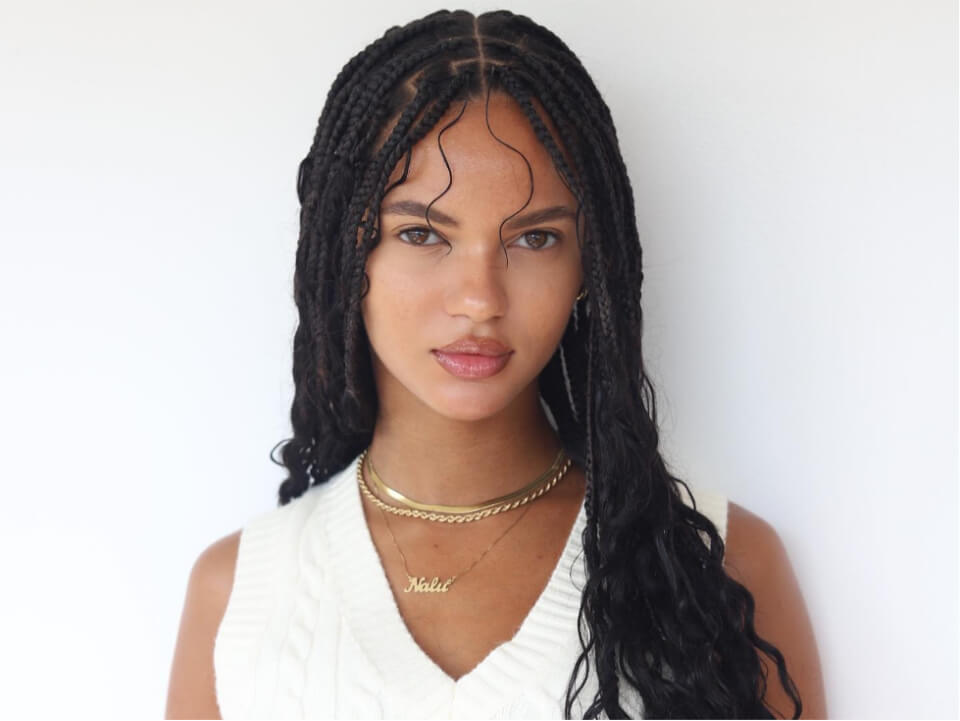 Juliana Nalu is a famous Brazilian young model and social media influencer. She hopes to make her professional career as a Model in the fashion industry. Juliana Nalu signed with Elite Model Management after traveling to Los Angeles at age 19, according to a profile in Latina magazine. She has also signed various contracts with several modeling agencies including – DIA, MGM Models, and Mix Models. Moreover, she recently came into the limelight with her iconic walk in her first Fashion Week show exclusively for the clothing brand, 6 PM.

Juliana Nalu was born on 17th October 1998 and grew up in the north of Rio de Janeiro, Brazil. She belongs to the Afro-Brazilian “identity” family. She wanted to be a model ever since she was six years old. Her parents got divorced when she was very young and afterward, she started living with her mother but continued to remain in touch with her father and three-half siblings. Currently, she is the only person in her family who is living out of her hometown, i.e, Brazil. She found an artistic community of women who have helped her find a secure home in Los Angeles. Juliana recognized the benefits of studying English and how it has allowed her to penetrate different fashion markets.

She began her professional career as a Model at the age of 18. Juliana was part of the L’Oreal Paris Brazil campaign. She said that –

“My mom was helping me follow my dreams, ………… I lived in the favelas with my family until I was 18. It was hard to deal with the violence, and I didn’t have access to many privileges in Brazil, ………However, my mom had so much love for [me and my siblings] and gave us everything we needed to be a good person.”

In addition to modeling, she has also tried her hands at acting and has performed in major Brazilian shows. She has signed with ELITE Models, which she credits with making her feel “comfortable” and representing her Afro-Brazilian “identity” well. Presently, Juliana is a popular social media personality and Instagram influencer. She supports Kanye’s Yeezy products, including YZY sunglasses. She also works with DIA (DIGITAL ICON AGENCY).

Presently, Kanye West is dating Brazilian model Juliana Nalú! The couple was spotted in Paris. The 24-year-old confirmed the relationship through her press advisory to ‘Glamour magazine’, this Monday (10 October 2022), after being spotted with the rapper leaving a restaurant in Santa Monica, California, USA, last Saturday (8 October 2022). Juliana, who has already been in a relationship with rapper L7nnon, shared the photo of the two on Twitter and revealed: “He calls me Juju”. One fan of hers asked when will Kanye West come to Brazil? In reply she said, it will happen soon and still claimed that her “life is a movie”.

Juliana is an ambitious model in the United States. She has signed with several modeling agencies. It is safe to say that Juliana Nalu has an estimated net worth between $5 – $10 million in 2022.