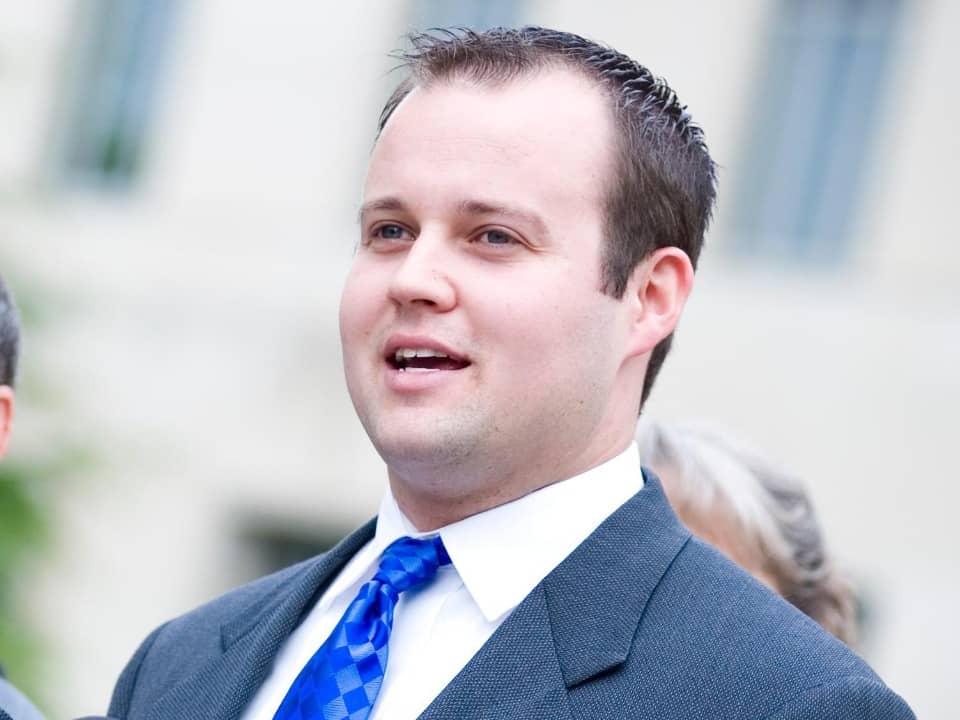 A reality television personality, Josh Duggar is also a political activist. He caught media attention for being accused as a sex offender. He is best known for appearing on the reality television series called ‘19 Kids and Counting’. Josh has also committed various scandals and has been involved in many controversies throughout. He has appeared on several television shows and also has been a part of various political activities.

Joshua James Duggar was born on 3rd March 1988 in Tontitown, Arkansas, the United States of America to parents Jim Bob Duggar and Michelle Annette Ruark Duggar. He grew up along with his 18 siblings which include, Jana, Jill, Jessa, Jinger, and Joy-Anna. He was the eldest in the family and raised in a fundamental Christian home. Joshua was home-schooled and didn’t go to any school for his liberal education. At the age of 16, he passed Arkansas’s state test for the ‘general equivalency diploma’. Nor he attended college for his higher education.

The star begins his career in television while appearing on the shows about his family on Discovery Health in 2005 at the age of 17. On 25th January 2009, he and his wife Anna got featured in a show episode named ‘A Very Duggar Wedding’ based on their wedding. Josh later was seen starring on TLC as a part of the reality show based on his parents and 18 siblings.

He was also seen on multiple-episode documents Duggar’s Children including Grand Duggar’s First Birthday, First Grandson, and Grand Duggar Makes 3! There was another special titled ‘Josh and Anna: Our Story’ that was based on the first 5 years of their marriage. They revealed their fifth baby on an episode titled ‘Anna’s Having A…’, where they shared the ultrasound showing their baby girl inside her womb.

Jim Bob Duggar was a political activist and was a two-term Republican member of the Arkansas House of Representatives when Josh was a teenager. He worked as a part-time political consultant in 2007 alongside running a car-dealerships. Later in 2012, he was seen addressing rallies for the Republican presidential candidate Rick Santorum. Before the 2014 midterm elections, he campaigned for Republican Senate candidates in Kansas, Mississippi, and Virginia. He shared his viewpoints which include, the opposition to abortion, divorce, and gay marriage.

Duggar has been a part of numerous controversies and was alleged by his father Jim Bob Duggar on May 21st, 2015, that Josh molested 5 underage girls when he was 14 – 15-year-old between 2002 and 2003. Out of the five girls, 4 of them were his sisters. He has been a member of the website named Ashley Madison and his credit card details approved that he paid for two Ashley Madison subscriptions and admitted to watching pornography on the internet and being unfaithful to his wife. In the same year, Danica Dillon, a pornographic actress claimed and embraced allegation on Josh and filed a suit against him in court. He was alleged for assaulting her to the point of causing her physical and emotional injuries.

This incident happened when she was working on an episode of consensual sex at a Philadelphia strip club and gave a $600 lap dance to Duggar. While in 2016, she dropped the lawsuit, when the proofs were all against her allegations and it was found that he was not in Philadelphia at the time of the alleged assault. Moreover, on 29th April 2021, he was arrested under the federal charges to receive and possess child pornography of children under 12 years by the US Marshals. He got a conditional bail to live in a residence where there’s no minor in the home on 5th May.

His rights to access the internet were ceased. His trial date is set for 6th July. If he is found guilty, he could receive up to 20 years of imprisonment and $250,000 as a fine. Gerald Faulkner, who is a special agent for Homeland Security Investigations stated that this case is the top of the 5 of the worst on the worst case that he had to examine.

The star started dating Anna Renee Keller on 15th June 2007. The couple got engaged and on 26th September 2008, they tied knots with each other, while she walked down the aisle at the Buford Grove Baptist Church in Hilliard, Florida. The couple is blessed with 6 children over these years. Recently, they made an announcement on 23rd April 2021 and stated that they are expecting their 7th child, which is a girl.

The star earned a good fortune through his profession as a reality television personality. Due to his sex scandals, he has suffered a lot. His parents used to work at Spin-off but he didn’t. he created his income from several business ventures. His estimated net worth is $1million, which is a self-made worth. Apart from that, he has been engaged in numerous lawsuits lately and has 6 children to support. The legal battle is costing him very high and his likely to suffer a huge loss for hampering his reputation.