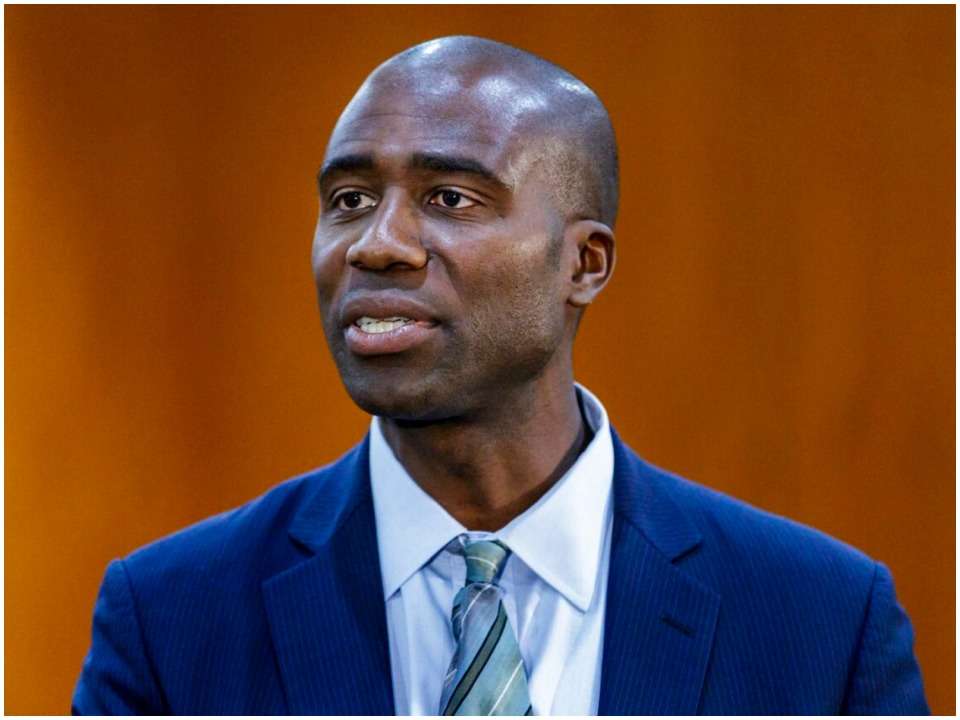 Joseph Ladapo is an American personality who is probably known for his physician profession and often remains in the news because of some controversies with higher-profile men. He is serving as the surgeon general of Florida who has been given the responsibility to take the position of in charge of the Florida Department of Health. Dr. Joseph Ladapo is one of the popular personalities of Florida. He has been in the field of Physician and health policy research for many years. He has gathered a lot of fan following with his attitude, publications, social media appearances, and television appearances.

Joseph Ladapo was born in 1976 and brought up in Nigeria and spent his earlier life in Nigeria when he was in his infancy stage. He is the son of a microbiologist, however, the name of his parents and parents’ current life situation or other details have not been revealed yet. Joseph migrated to the United States along with his family at the age of five. Joseph went to Wake Forest University in 2000 to receive a bachelor’s degree in chemistry. Later, he went to Harvard Medical School from where he received his degree of MD–Ph.D. after getting qualified with a Ph.D. degree in health policy from Harvard Kennedy School in 2008. He is a certified doctor from the American Board of Internal Medicine.

Prior to becoming in charge of the Florida Department of Health, Ladapo has worked as an associate professor at the UCLA Medical Center. There, at the center, he worked on searching for patient-centric approaches working against coronary artery disease. Joseph Ladapo has been part of many high-profile magazines publishing the profiles of businessmen and other field professionals. On 24th March 2020, he published a public forum in the public opinion column of USA Today saying that he spent the past few weeks taking care of patients with the pandemic disease at the Ronald Reagan UCLA Medical Center.

However, UCLA staff scheduling records did not show his name being assigned for the treatment of COVID patients. Thereafter, four UCLA colleagues told MSNBC that they did not believe Ladapo had treated COVID patients there. Previous to this work, Ladapo was on the faculty of the Department of Population Health. He used to work for New York University Grossman School of Medicine. He was among the fellow staff for the Food and Drug Administration.

On 21st September 2021, Ladapo was appointed as a surgeon general of Florida by Florida governor Ron DeSantis. Simultaneously, he was appointed as an associate professor at UF Health. This appointment of Ladapo immediately ignited the controversy from the side of critics that Ladapo had been the fast-tracking hiring personality in the department. The critic thought it to be inappropriate as the university had a great political influence. They were also concerned about the news saying that Ladapo was present at the center for treating patients with COVID-19.

They ignite the statement that Ladapo himself spread the misinformation of being there for COVID that could not be ignored. Ladapo had been a vocal supporter of DeSantis’s COVID-19 policies. He previously promoted unproven treatments against COVID-19 opposing the COVID-19 vaccine requirements, questioning the safety protocols of COVID-19, getting associated with America’s Frontline Doctors, a far-right, and the pro-trump group that was known for promoting falsehoods about the pandemic at that time.

In October 2021, Ladapo refused to wear a mask while being present for a meeting with Tina Polsky. Tina Polsky was being diagnosed with breast cancer and was set to undergo radiation therapy. Subsequently, Ladapo refused to provide information on whether or not he was vaccinated. Regarding the scenario, State Senate President Wilton Simpson sent a memo to all Senate staff and Senators referring to Ladapo’s actions as “disappointing”. Soon after six days, Ladapo released a statement saying that it was important for him to communicate clearly with the patients with whom he is coming in contact. So, he cannot communicate with half of his face covered.

There is no doubt that Dr. Joseph Ladapo has earned a hefty amount of money because of his professional assets. He is capable of living a luxurious life and we also wish for his good fortune ahead. Although he never made his salary base and net worth public, we assume that Joseph Ladapo might be earning a net worth of around $20 million to $50 million.