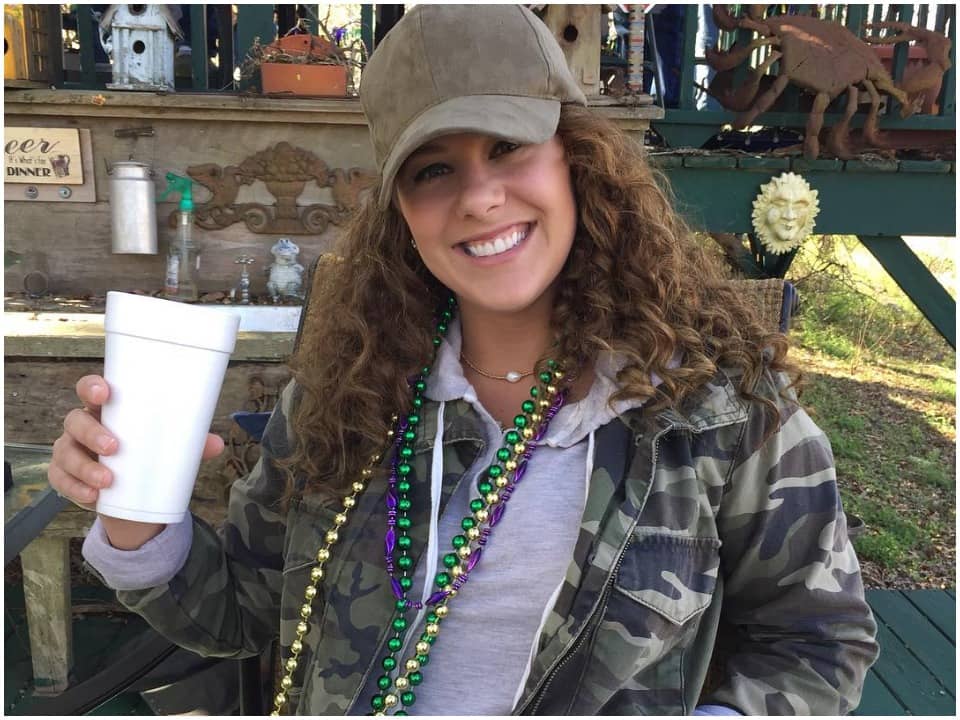 Jolie Poirier is a philanthropist and a businesswoman famously known as the wife of MMA fighter Dustin Poirier and is well known for her work in the Good Fight foundation along with her social and community projects.

Jolie was born on March 4th, 1989 to her parents Teri and Carl LeBlanc. She is currently 32 years old and is known to have been born in a Christian family. she is of white Caucasian ethnicity. she grew up with her two siblings, her sister Jandy and brother Javen. Jolie has not shared much about her education and qualification but it is believed that she completed her high school education. It is not known if she attended any college for further studies.

Jolie currently works as the Vice President and Director at their foundation which goes by the name “The Good fight’ which helps unreserved communities with food, shelter, necessities, and relief since 2018. She also works in other social and community projects to help society with her funds. She also used to auction the jerseys and other things used by Dustin used during the matches to raise funds for social causes.

Recently during the covid-19 pandemic, she tried to contribute toward the wellbeing of health and frontline workers through the Good fight foundation. She has also recently started her own business under the name Poireir’s Louisiana-style Hot sauce and is actively promoting the business through her and Dustin’s social accounts.

Jolie recently came under a lot of controversies when it was revealed that she tried to reach into the DMs of UFC player Conor McGregor. He tweeted a screenshot of the chat where her name was clearly visible but he hid the message. Later, in an interview, he also talked about being totally oblivious of the reason she would try to contact him. He also said that he didn’t know the reason and he does not like to play such games with another man’s wife. To this, her husband also replied to the media saying that it was all fake and laughable and he would handle the matters during their next match which is scheduled recently.

Jolie is currently married to MMA fighter Dustin Poirier and has been together for ten years. They were long-term friends before marriage and know each other for sixteen years. The two also have a four-year-old daughter named Noelle Poirier who was born in august 2016.  She is fond of animals and pets and often posts pictures. Jolie is a huge travel enthusiast and loves going on trips. She has been to Mexico, Ski trips in Utah, the Bahamas, etc. she is currently settled in LA.

Jolie has recently started her business and manages decent income out of it in the initial state and the auctions add on to the income as well. However, Dustin is the main source of regular income in the household and thus their net worth as of 2021 is estimated to be around $ 5million.

Jolie is a high-spirited and passionate woman who likes to focus her efforts on ensuring a better future for others. She actively supports her husband and helps him move ahead with his career and also works as a philanthropist to help society become a better place. She has received love from all over the world for her work.