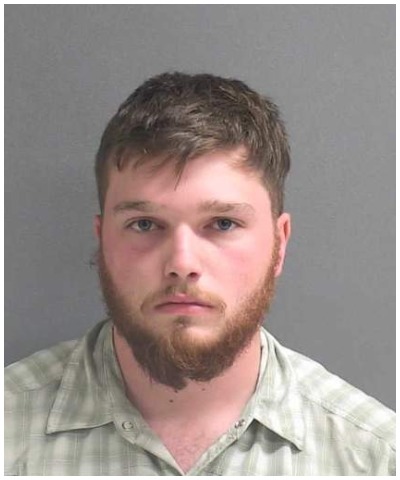 John Hagins is a student at Embry-Riddle Aeronautical University who is accused of a mass shooting at the school. Hagins is just 19 years old and he was found with a rifle and ammunition. The police officials said that they received tips from the side of students that Hagins is going to have such plans concerning his post on social media. John Hagins was charged with an attempt at homicide for planning an attack in his school at Daytona Beach, Florida. Daytona Beach Police confirmed that Hagins was planning to attack the college students on Thursday, 9th December 2021. The day he chose was going to be the last day of the exam of his semester. Hagins was now charged with written threats and attempted first-degree homicide, the police officials confirmed.

According to his Facebook profile, John is a native of Ocala, Florida but currently lives in North Miami. Apart from his studies, he is also a pilot, and his Instagram account is filled with glimpses of planes and kinds of stuff. As per the Federal Aviation Administration Database, he holds a private pilot license authorized to fly airplanes of single engines since October 2020. Hagins doesn’t have any criminal records or history either in the past and is currently being held without bail.

The police official said that the arrest stopped the credible threat. On the other hand, the young boy Hagins referenced the 19999 Columbine High School massacre that left 13 victims and two gunmen dead. The boy was planning to go shooting on Thursday morning. He said once he was done with the firing range, he was going to enact a columbine. Also, he claims that the social media post was a joke. The police have confirmed that Hagins sold his vehicle to purchase guns and ammunition.

Hagins’ arrest came after a week of involvement of a 15-year-old boy in the Oxford High School shooting that left four students dead and six others injured including a teacher. The incident happened at the Michigan High School where the suspect was arrested because of a mass shooting and is now facing several charges. The parents of the juvenile are also facing charges in connection to the shooting. According to the reports, school shootings are at high records in 2021 with overall shootings happening as 222 as the reports.

One of the police officials, Young, said in a  statement that they arrived at the spot immediately after the students unfold the tragedy. The students reported to the school and that allowed us to get to work right at the moment. It brought Hagins into custody before he could carry out his plans. The official thanked the students for saying and seeing something.

The official Young said that Daytona Beach Police began the investigations after they received a call from the Embry-Riddle campus about 4 am. The two students told the campus safety that they were concerned about the Snapchat message and what was going to be done by Hagins. Because of their concern, they intimate the campus safety and let the police involved into the scene.

Young said that Hagins was planning to carry out a mass shooting on 9th December 2021. He said that it was going to be the last day of college before the winter break. It was part of his plan. And because the day was going to be the last for the pack before the holidays. And because everybody has to be there at the college because of the last exam. So it was all his plan to pursue. Young said by the grace of God those students came forward and informed about his plan. They prevented the school from becoming part of the next social media story with regards to the mass shooting.

The police official said that it was important to note that if you have seen something tragic then you must inform. This is the way we all together combat the situation and save the country. And because most people carry their plans this way, somebody says something. But, in the end, they usually fail to bring the plans to the notice of the authorities. He said that the credit goes to the two students who stepped forward to bring the attention of the authorities. Hagins told the investigators that the Snapchat message was a joke. He was not serious about the things he said. He admitted that those are his messages and said that he only owes a gun to go to the range. The investigators found a rifle in Hagins’ bag, a magazine, and several other boxes of ammo.