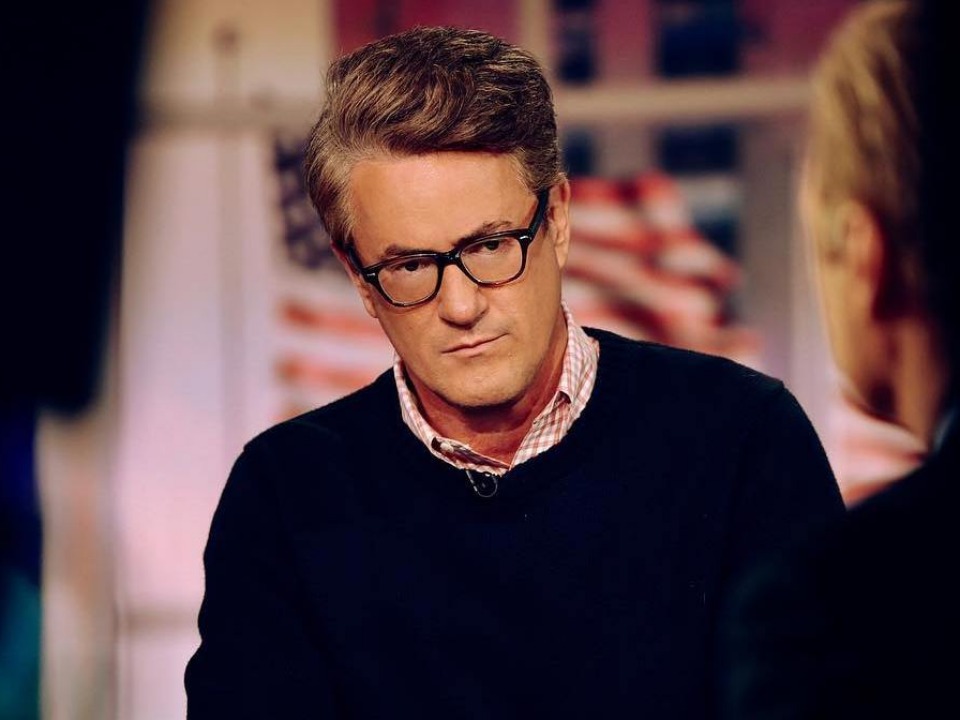 Charles Joseph Scarborough popularly known as Joe is an American television host, attorney, political commentator, and former politician. He co-hosted at MSNBC with his wife in Morning Joe. Previously hosted Scarborough Country. From 1995 to 2001 when he was a lawyer and a politician, he served in the United States House of Representatives as a Republican for Florida’s 1st district.

Joe was born on 9th April 1963 in Atlanta, Georgia, U.S. Mary Joanna, and George Scarborough, a businessman are the proud parents of Joe. He has two siblings. Their names haven’t been disclosed yet. Joe was passionate about music and football. And during his college days, he wrote the music and produced CDs with his band, Dixon Mills, including the album Calling on Robert E. Lee. He also coached football and taught at high school.

In 1991, Scarborough got into Florida Bar and practiced law in Pensacola. Lately, he is been praised for his works as a powerful lawyer. In 1993, one of the high-profile Cases was representing Michael F. Griffin, who murdered Doctor David Gunn. In late-1993, he assisted with a petition drive, which probably boomed his political profile, which was related to opposing a proposed sixty-five percent increase in Pensacola’s property taxes.

His political career was as bright as his legal career. Scarborough won the Republican Party primary for Florida’s 1st congressional district in 1994. His win convinced the Republicans to take the majority in the house for the first time in the last 40 years. He was honored with a lifetime rating from American Conservative Union during his congressional career. He served himself by taking control over Armed Services, Judiciary, Government Reform, and Education committees. Due to his endless efforts and determination, he was praised and promoted as a named Chairman of the Civil Service Committee.

During his congressional career, he was honored with various awards, including the “Friend of the Taxpayer Award” from Americans for Tax Reform, the “Guardian of Small Business Award” from the United States Chamber of Commerce, the “Taxpayer’s Hero Award” from the Citizens Against Government Waste and the “Guardian of Seniors Rights Award” from the 60 Plus Association. Alongside serving congress, Joe introduced the free weekly Pensacola-area newspaper The Florida Sun in 1999, which eventually got merged in 2001 and is now known as the Independent News. He worked as an Environmental Lawyer in Florida, post leaving congress. In 2002, it was a majestic moment when he got appointed to the President’s Council on the 21st-century workforce.

In April 2003, he got his stepping stone towards the television career with the launch of Scarborough Country on MSNBC. He started hosting at Morning Joe in 2007. Besides all these, Joe also served himself as a host at the radio station. Scarborough was a huge fan of writing books. In 2005 his first book was released namely “Rome wasn’t burnt in a Day: the real deal on how Politicians, Bureaucrats, and Other Washington Barbarians are Bankrupting America”. Followed by “The Last Best Hope” in 2009.

Further, in 2013, he released his third book, namely “The Right Path: From Ike to Reagan, How Republicans Once Mastered Politics-and can again”. Recently he released his 4th book on 24th November 2020 which is called “Saving Freedom: Truman, the cold war, and the fight for western civilization”. No current updates have been provided by the sources regarding the upcoming projects of Joe Scarborough. The sources will get updated regarding the same if any.

Donald Trump continues to claim the death of Joe Scarborough Aide was “Very Suspicious,” Even though her widower calls conspiracy theory A “Vicious Theory”, according to sources this was the statement given by Donal trump. As joe is a reporter, controversies are part of his job and life.

Joe Scarborough tied knots with Melanie Hinton in 1986 and had two sons. After passing few years together they got divorced in 1999. In 2001, joe married his second wife Susan Waren, a former aide to Florida governor Jeb Bush and also a former Congressional committee staffer. Their daughter was born in August 2003 and their son in May 2008. They got divorced in 2013. Since 2016, Scarborough resides in New Canaan, Connecticut, New York City. In early 2017, during a trip to Antibes, France, he got engaged to his co-host, Mika Brzezinski. They got married on November 24th, 2018 in Washington D.C.

As per the sources, Joe Scarborough’s net worth is around $25 Million. His salary per annum is approximately $8 Million. He has earned his net worth through his years in politics, law, radio, and TV.