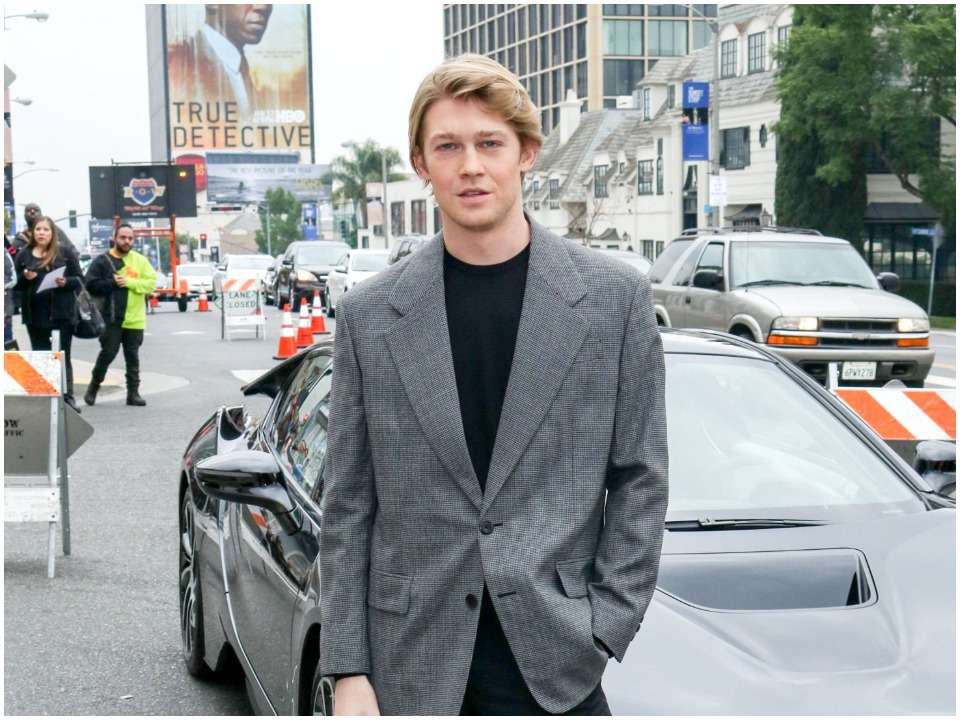 Joe Alwyn is an English personality who is an actor by profession. Joe isn’t that much known because of his acting in the industry as he gained lots of media coverage for being the boyfriend of one of the most charming and talented American singers at the moment, Taylor Swift.

Joe Alwyn, Aka, Joseph Matthew Alwyn was born on 21st February 1991 in Tunbridge Wells, Kent, England. He belongs to a well-educated and high-profile family where his mother was a psychotherapist and his father was a documentary filmmaker. Despite belonging to the family of “working people”, he is the great-grandson of William Alwyn, who was the composer of his time. Joe Alwyn received his education in London and briefly took guitar lessons around the age of 13 in his school. While being in the school, he received practice in soccer and rugby, and despite being an introverted personality he secretly wanted to become an actor since childhood. Thereby, he got himself enrolled in the National Youth Theatre in his late teens.

While pursuing his education at the University of Bristol in the line of English Literature, he performed in two student productions at the Edinburgh Fringe Festival. Joe finished his graduation in 2012 and later applied to four drama schools but he got rejected by all the institutes except the one called Royal Central School of Speech & Drama, where he received his degree in BA in acting. While pursuing his drama acting classes, Joe got signed with an agent who informed him about the company looking for actors. Thereby, Joe landed a debut role with the title character of Billy Lynn’s Long Halftime Walk (2016).

He started his acting career with two student productions at Edinburgh Festival Fringe and simultaneously he received his BA degree in English Literature from the University of Bristol in 2012 and later learned drama and acting from the Royal Central School of Speech and Drama in 2015. Joe began his debut with the film Long Halftime Walk, which was released back in 2016 and was based on wartime. Since then Joe has worked in many films with minor supporting roles with the top featured films like The Favourite (2018), Boy Erased (2018), Mary Queen of Scots (2018), and Harriet (2019). For his hard work and proficiency in the acting industry, he received the Trophée Chopard at the 2018 Cannes Film Festival.

In 2020, Joe developed himself into a writer and producer sharing the titles with Talor Swift for the production of songs like  “Exile”, “My Tears Ricochet”, “August”, and “Betty”. The pair worked on various collaborations while co-writing and making various tracks like “Champagne Problems”, “Coney Island” and “Evermore”. Joe also contributed to the album Folklore which he shared along with his long-time partner Taylor Swift and because of this he also earned a Grammy Award for the Album of the Year on the occasion of the 63rd Annual Grammy Awards in 2021.

Joe Alwyn has been romantically connected with his long-time partner named Taylor Swift, with whom he often produces and shares writings of various songs, albums, and singles. Four years back, when the speculations of the romantic dating of the couple evolved in the industry, none of them came in front to describe their relationship. Although no one knows when and where the pair met each other and when did they start their relationship, it has been determined that the pair came close to each other for the filming of the song called Dress back in 2017, which probably became their first meeting in the public.

With the emergence of various mix-up things, rumors, and speculations, the pair had come and go relationship- sometimes they used to explore their favorite destinations together, sometimes they used to post the pictures of each other’s pets, and sometimes they used to refer they have been engaged or even married (only in their hints). Once the actor Joe posted the lyrics of the song and went from the writing like “Baby, just say, ‘Yes’”- which later changed to “Baby, just said, ‘Yes.’” However, Swift shut all the rumors and called Joe her boyfriend in her explanations giving the indication that the pair is neither engaged nor married.

Joe Alwyn is often speculated and rumored to be connected with Taylor Swift as they are often spotted together at various events. The 31 years old actor is said to be producing around $4 million of net worth, according to reliable sources.