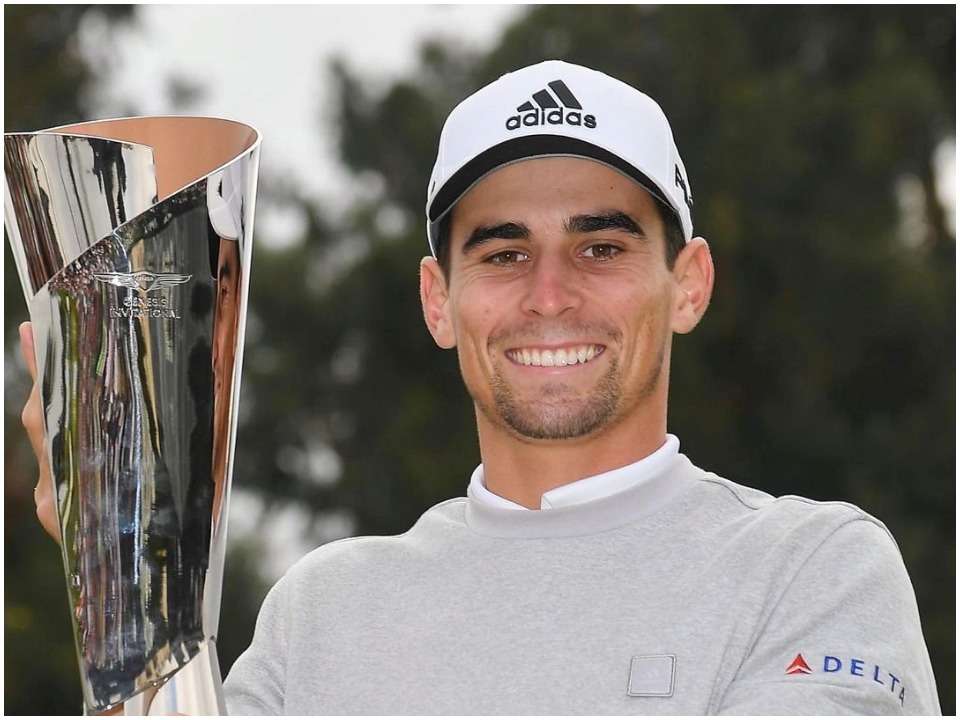 Joaquín Niemann is a Chilean personality who is a golfer by profession. He has been ranked at number one for being an amateur golfer from May 2017 to April 2018. Currently, he is serving as a member of the PGA Tour and is recently in the news because he won the 2022 Genesis Invitational held at Riviera Golf Course in Los Angeles. With the winning of Genesis Invitational, Niemann made history while being the youngest golfer to bag the great grand prize in the history of 96 years of the tournament. With this achievement, he has set a record and the best feat while being at the age of 23.

The Chilean personality and the famous golf player, Joaquín Niemann was born on 7th November 1998 and as of 2022, he is yet to be 24 years old this year in November. Niemann turned professional before the season of 2018 while playing for Valero Texas Open, where he finished the game while being sixth in the place. He has been honored with Special Temporary Member Status because of his performance at the PGA Tour in 2018 with a T6 finish at the Memorial Tournament. For the season of 2018-19, he earned a PGA Tour Card and became one of the leading members after attaining the fourth top-10 finish at the Greenbrier in the eighth tournament.

In September 2019, Joaquín won the title of “A Military Tribute at The Greenbrier” which was his first PGA Tour victory. With this victory, he became one of the youngest international PGA Tour winners after the record was held in 1923. Thereafter in December 2019, Niemann participated in the international team of 2019 Presidents Cup at Royal Melbourne Golf Club in Australia, where he won the title by the U.S. team by 16-14. Neimann lost his Sunday singles match against Patrick Cantlay. In January 2021, Niemann played at the Sentry Tournament of Champions and shot first round 64.

Later, he joined Harris English in a playoff but was defeated by an extra hole. In July 2021, Niemann shot a bogey-free 18-under par for 72 holes and made the first bogey of the week on the first playoff hole. Eventually, he was eliminated and the title was won by Cameron Davis. In February of 2022, Niemann shot the rounds with an overall scoring of 63-63-68-71. He won the title of Genesis Invitational and finished the tournament while being under 19-par with two strokes ahead of Colling Morikawa and Cameron Young.

The youngest golfer, Joaquín has been traveling at various events with his only girlfriend, Christina Hellema Puga. She has been seen many times along with Niemann attending his tournaments. Christina is currently doing her study of architecture. She is progressively making her career in arts, photography, and traveling also. Despite all these, she has been dedicated to Instagram along with being a professional architecture personality who has developed her interest in the arts.

Currently, the only girlfriend of Joaquín Niemann is studying architecture at the Universidad del Desarrollo in Chile. She is usually seen at his residence or while having fun at vacation spots. Christina is a reputed fashion influencer and is widely popular because of being the girlfriend of the famous Chilean golfer, Joaquín Niemann. The pair have been together for a year now and have been seen pretty close to each other while being on various spots.

Joaquín Niemann’s net worth is estimated to be nearly $20 million. He gets an average salary of around $1 million.