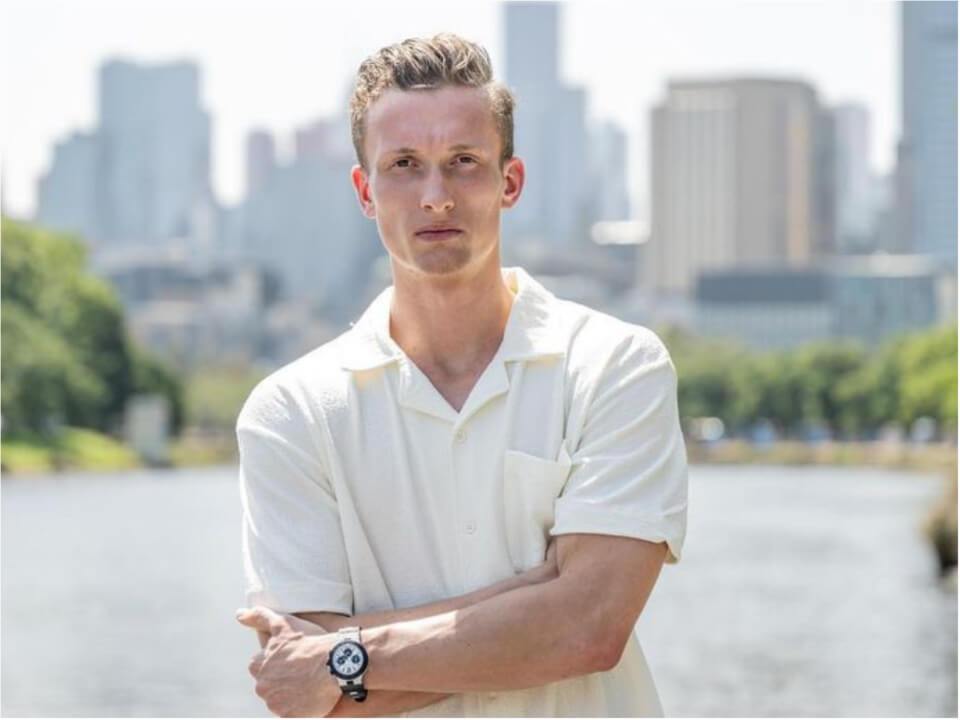 Jiri Lehecka is a Czech-based tennis player who is the son of athletes and has probably made his most significant achievement in the 2023 Australian Open while in the top 40. Jiří earned the career-high title of ATP doubles ranking of World No. 214 on 7th March 2022. As a junior, he has been ranked among the top 10 for ITF and is currently ranked as the No. 1 Czech tennis player in singles.

Jiri Lehecka was born on 8th November 2001 in Mlada Boleslav, Czech Republic. He is the son of two athletes; his father (name not known) was a swimmer, and his mother (name not known) was a track-field star. Since childhood, he has been enjoying the fields like skiing, cycling, and swimming and has considered tennis his first love, which he began playing at the age of 3. He shared his childhood with his elder sister Veronika, who used to practice sports with his grandmother, so it was natural that he wanted to play and later became a known national player. Tomáš Berdych and Radek Štěpánek are ideal for the young athlete Jiří Lehečka.

Jiri Lehecka began his professional career in 2021 and thereby achieved two ATP Challenger singles titles (with Zdeněk Kolář), and one ATP Challenger doubles title while playing with Vít Kopřiva. In 2022, he qualified for the Australian Open and defeated the other challengers, Michael Mmoh, Max Purcell, and Dmitry Popko. But, after he qualified and succeeded a bit, he was beaten by another challenger in the second round and the second seed by the World No. 8 champion, Andrey Rublev.

He also stood and qualified for the main draw at the 2022 BMW Open. But he lost the game to the wildcard entry and the championship to the challenger, Holger Rune, in the first round.1 Later, he stood and participated in the 2022 French Open and the 2022 Wimbledon Championships, where he lost the first rounds in both games. Then, he stood against Thiago Monteiro in the quarterfinals of the 2022 Generali Open Kitzbühel but lost the game to third seed Roberto Bautista Agut.

After that, he made his debut in another game, US Open, but eventually, he lost the game to Cristian Garín after completing and passing all the significant debuts. He began the year 2023 with participation in the United Cup, where he was ranked the top Czech male player at the inaugural. Jiri defeated Alexander Zverev in the first ATP match but lost the game to Taylor Fritz. He appeared for the match in 2023 after his injury Roland Garros, and in the same year, he also appeared for the mixed doubles with Marie Bouzkova.

He is making his recent appearance (as of January 2023) at the 2023 Australian Open, where he defeated the champion, Cameron Norrie, in the fourth round. His winning over the champion, Cameron Norrie, is known to be the revenge after he was beaten by him at the 2023 Auckland Open the previous week. Later, he reached the top 40s after reaching the quarterfinals for the first time in his career and eventually defeating another champion, Félix Auger-Aliassime. This is consequently considered to be his top-10 wins of all time.

Jiri Lehecka is not married yet but has a girlfriend named Victoria Wojcikova, a professional tennis player. His girlfriend is known to be an NSU player and a psychological student. Although none of the partners is vocal about their relationship, they often pose for their Instagram pictures.

Jiří once posted a picture with his girlfriend (saying soulmate to her) with the caption, three years, tagging the only lady of his life on 23rd February 2022. The couple has shielded themselves from the media and their fierce questions. They love to maintain privacy and often use their social media to showcase their support, love, and interaction with each other.

Jiří Lehečka has recently reached the top 40 after competing at the 2023 Australian Open. He might undoubtedly be sponsored and associated with various advertisement providers and agents. He might earn multiple prizes and the monetary fund for his winning championships. We assume his net worth is around $3 million as of January 2023.