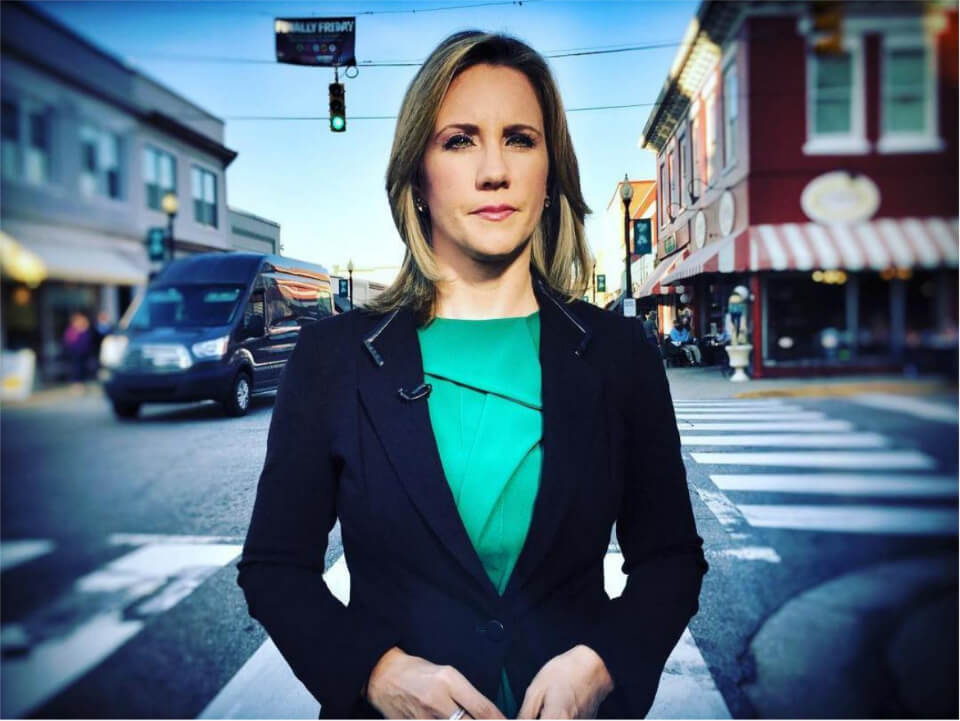 Jessica Schneider is an award-winning journalist and attorney. She has been a known national correspondent for CNN based in New York since 2017. She often covers the Supreme Court, the Justice Department, the FBI, and various legal stories.

Jessica extensively reported on the January 6 Capitol attack and the resulting criminal cases. As a litigation attorney, she served two years at two New York City law firms, focusing on the defense of product liability, construction, and catastrophic injury matters in New York and New Jersey.

Jessica Schneider was born in Manchester, Connecticut, on April 26, 1970. She graduated from Boston University in 2002 with political science and Broadcast journalism degrees. She was honored with Most Distinguished Journalism Student Award, Commencement Speaker, and Blue Chip Alumni Award for Excellence in Journalism.

Later in 2006, she went to the University of Connecticut School of Law for higher education. At 16, Jessica’s mother encouraged her to join the television club at her Manchester, Connecticut high school, MHS TVNews. She took her mom up on the challenge and soon began reporting, producing, editing, and anchoring for the high school’s monthly news shows.

She still credits her talented classmates for inspiring and supporting her in various things, such as her MHS TVNews co-anchor Will Ripley is now a correspondent for CNN; her non-relative Jeff Schneider was a technical wiz-kid while at Manchester High School and is now a producer for ABC’s 20/20, and her then-photographer Matt Molloy is now an energetic digital anchor at Rochester New York’s ABC affiliate.

Jessica began her career as a video journalist while pursuing her law degree. From 2002 to 2005, she worked at Capital News 9, now YNN/Time Warner Cable News, and the sister station of NY1, in Albany, New York. She was hired as the Amsterdam, NY Bureau Chief because of which she had to move to the Albany newsroom, where she worked as a reporter for Capital Tonight, the show that used to be broadcasted at night.

While at Capital News 9, she was part of the Emmy-award-winning team for the half-hour special “Exterior Designs.” Later in March 2005, she was hired as the New Haven reporter for WFSB Channel 3 in Hartford, Connecticut. While at Channel 3 Eyewitness News, she transitioned to morning reporter and Weekend Morning Anchor once she decided to pursue her law degree.

Despite being a fine politician anchor, reporter, and news presenter, Jessica has also tried her hands at articles editing for the Connecticut Journal of International Law.

She took and passed the New York and New Jersey bar exams upon graduation. Later in 2011, she decided that she needed to return to her true journalism passion and work to incorporate her legal knowledge with her love of storytelling. In December 2011, she joined WCBS-TV as a reporter.

During her four and a half years at CBS2 News, she traveled the country and tri-state area and reported on breaking news, legal cases, and natural disasters. She was one block from the Boston Marathon finish line in 2013, celebrating her brother’s completion of the race, when the bombs went off. She reported from the scene all week and went back to Boston for the attack’s first anniversary.

Traveling to Other Places

In May 2013, she got the opportunity to travel to Moore, Oklahoma, to cover the aftermath of the EF-5 tornado that touched down, destroying neighborhoods and taking lives. In May 2015, she rushed to Philadelphia to report on CBS News on the Amtrak train crash just north of the city.

In March 2016, she was honored and won an Emmy award for her Continuing Coverage of the Return Home New Jersey initiative by Governor Chris Christie. For nine months, and throughout six separate stories, she interviewed anxious parents of disabled adults and questioned and confronted Governor Christie and his appointees. Moreover, she provided a detailed analysis of the program that would have forced hundreds of disabled people into group homes in New Jersey, removing them from the facilities they had lived in for decades.

Because of her continuous media coverage and a relentless push from the parents, Governor Christie backed down in July 2015, and eventually, the Return Home New Jersey program was canceled.  She was nominated for an Emmy for her Spot News coverage of the flooding in Newark, New Jersey, in the spring of 2014. Later, she has also won an Emmy award for her role in CBS 2’s coverage of Superstorm Sandy.

Jessica Schneider is a married woman. She tied the wedding knot with Adam Christopher Dunn Harrison at District Winery, a winery, and restaurant in Washington, on May 11, 2019. Both met on Bumble in 2017 when Jessica had just relocated from New York to D.C. to cover the Trump administration. At that time, her husband, Adam Christopher, was a project manager and had been living in D.C. The couple is blessed with a son from this marriage.

Jessica is a well-known television news reporter on CNN and travels the country covering the latest breaking news and legal issues. It is safe to say that Jessica Schneider estimated net worth is between $8 – $10 million.