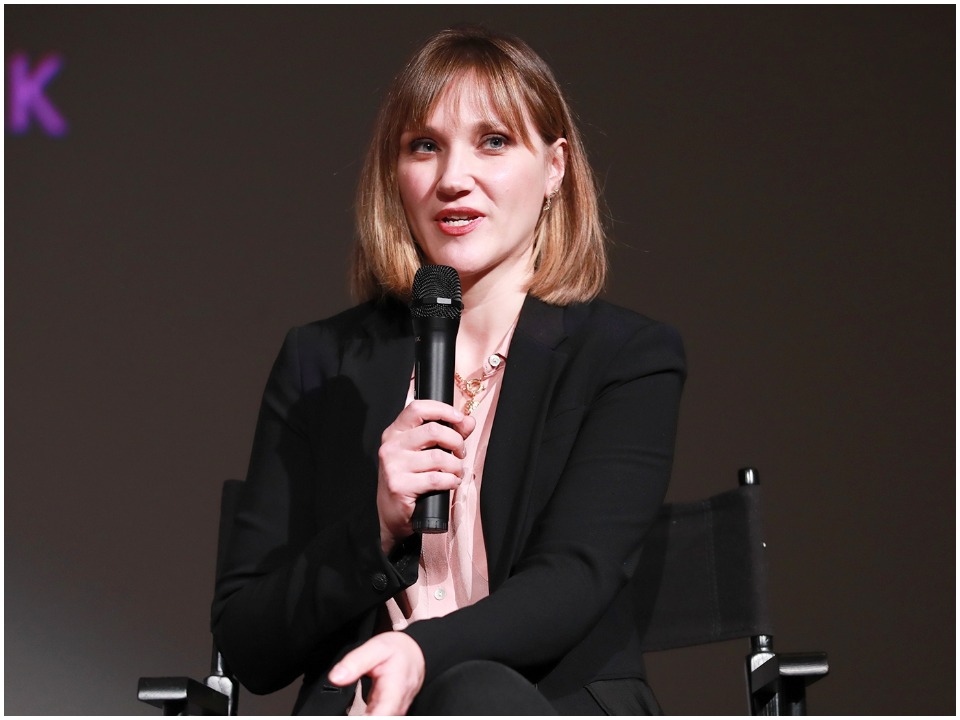 Jessica Pressler is an American personality who works as a journalist by profession. She is currently serving to be the contributing editor at New York Magazine. He once published her article in 2015 by the name “The Hustlers at Scores”. The article is currently nominated for a National Magazine Award and has also been featured in the film called Hustlers in 2019. This is how Jessica came into the limelight and became the star or sensation of the internet overnight.

Jessica Pressler has not revealed the exact date of the year. She seems to be tight-lipped when it comes to her personal life. However, it is assumed that she is living in her late 40’s. She was brought up in Massachusetts, United States. Pressler has developed a long career. She has worked as co-editor for a New York magazine called Daily Intel in 2007. Previous to this position, she has worked as a staff writer for Philadelphia magazine and was also a freelancer for the celebrity magazine.

While being with New York, she has exposed herself with the help of many of her self-written articles on the topics including “the culture of wealth and money”. Also, she has interviewed Wall Street CEOs and AIG CEOs about their thoughts on the 2008 financial crisis and the firm’s involvement. Pressler has also worked on profiling the New York personalities including Lynn Tilton and Anthony Scaramucci. Few of her featured articles include the feud between Chris Burch and Tory Burch and the culture of Silicon Valley regarding the startups and the appearance in the Best Business Writing Editions.

On 28th December 2015, Jessica Pressler published an article for New York Magazine with the title “The Hustlers at Scores”. This included the story about strippers who managed to manipulate the money out of their clients. Later in 2016, the article was nominated for the National Magazine Award. Also, the team of producers snapped up the film rights over the article in February 2016. The story was adapted by the production house “Gloria Sanchez Productions” who gave the title to the article called “Hustlers”. The story of the film based on the article included the star cast Keke Palmer, Constance Wu, Jennifer Lopez, and Julia Stiles. The film was successfully produced and was released in 2019.

In 2018, Jessica Pressler wrote a story about New York City including the high society grifter Anna Sorokin. Later the story was adapted by Netflix and Shonda Rhimes. Despite all these things, Pressler has also written for various other platforms including Elle, Esquire, GQ, and Smithsonian. She has also been a regular contender for Gossip Girl episode recap and the writer for the Vulture website. She has frequently made her appearance in the New York Magazine where she has appeared as an editor in one of its episodes.

Jessica married her long-time boyfriend named Benjamin Wallace. Wallace is a knowledgeable author and editor. The pair have been married for over a decade, however, they have not revealed whether they have children or not. The couple certainly exchanged their marriage vows at the National Society of Colonial Dames of America in Philadelphia. Pressler is living in her 40s and her husband Wallace is living in his 50s. The couple has been quite famous in the industry regarding their work and dedicated or appealing personality.

However, they do not share any details regarding their date of year and kids. The pair has been serving as a writer and employee for New York Magazine. While Jessica was an everyday contributor for the platforms including GQ, Elle, and others, Benjamin Wallace has been the contributing editor at Vanity Fair. He has also been the writer at The Defense Lawyer and The Billionaire’s vinegar. Besides, Wallace also appears as the contributing editor for New York Magazine and an active collaborator on the Long Way Home. He has been a graduate of Georgetown University and has been working in the field of journalism business since 2005.

Jessica Pressler wrote a story in 2014 about a Stuyvesant High School senior, who came into the limelight while making the trading stocks of around $72 million. However, the story, later, came out to be false. She has been a contributor to various national-level stories and trade articles. It is for sure that she must be earning millions. Although she never revealed her net worth, we assume it to be around $5-8 million.