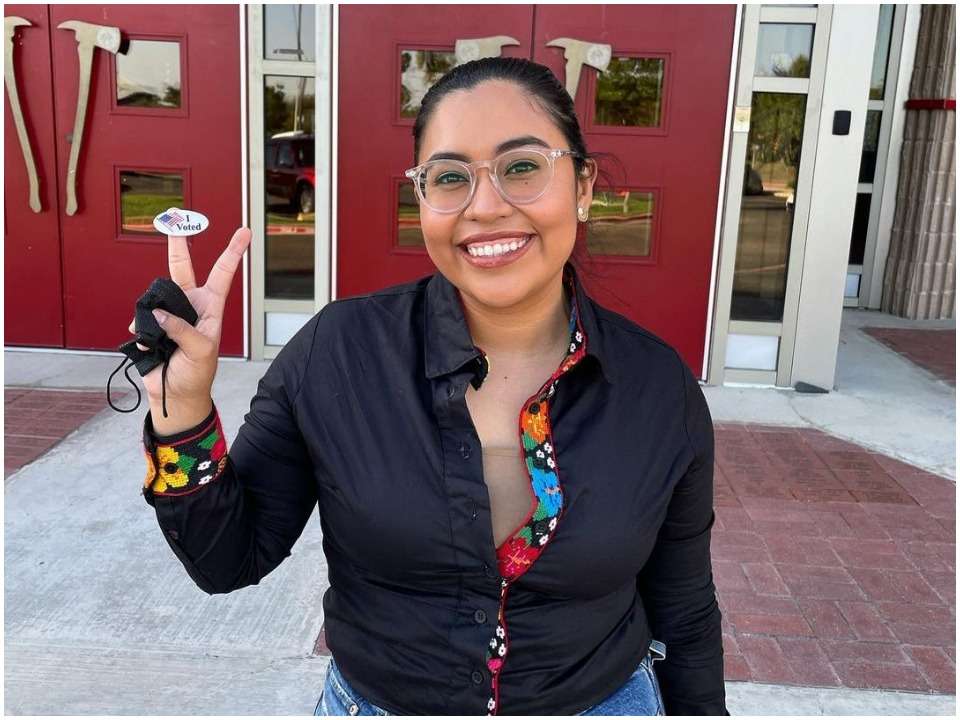 Jessica Cisneros was born on 24th May 1993 and raised in the border town of Laredo, Texas. Cisneros, who is living in her late 20s, earned a bachelor’s degree from the University of Texas at Austin in 2015, where she majored in the subject of immigration laws. Later, she went to the Austin School of Law from where she received her master’s in 2018. Cisneros describes herself as an immigrant who is keen to work for the rights of the human race and has professionally developed herself as an attorney and clerk. While in college or pursuing her degree of bachelors, Jessica was awarded Texas Law Fellowships Excellence in Public Interest Award, the Chicano/Hispanic Law Students’ Association’s Spirit of Community Award, the Pro Bono Award, and the Dean’s Achievement Award for being an outstanding student in the field of immigration law.

She shared her childhood along with her older sister. Once her older sister was in urgent medical need which was only found in the United States. Therefore, Jessica’s parents immigrated to the United States permanently and developed their house in the country to raise their children with better opportunities. Jessica’s father started a small fruit business while owning a truck company to meet the ends and to ensure a better healthy, educational, and well-versed life for both his daughters. Jessica describes that she has seen her parents working hard to earn a better livelihood for their children. They had to struggle hard to meet the challenges and access to healthcare while breaking down the immigration system.

According to her website, the young and inspiring attorney, Jessica Cisneros, describes herself as a Mexican-American immigrant who is running for Texas’ 28thg Congressional District and is keen to fight for ordinary families. She went for her first run for the elections in 2020, where she fought for the rights of Texas while being a human rights attorney and helping detained families who were unable to afford an attorney. About a month after the elections, Jessica began working for Texas RioGrande Legal Aid and Asylum Defense Project in Laredo, where she helped people answer the calls from the side of immigrants and asylum seekers, who were affected by Trump’s draconian Remain in Mexico Policy.

The battlefield of primary elections

There were three representatives who ran for the elections and were present on the ballot on 1st March 2022. The Incumbent Democratic congressman Henry Cuellar and Jessica will be seen opposing each other in the elections of late May in Texas’ 28th District, as none of the candidates cleared the 50% mark in the race of the primary elections. Henry Cuellar, who has represented the district since 2005 was recently raided by the FBI back in January because of his relationship with several businessmen and also because of the part of an investigation related to Azerbaijan.

Cuellar, who held the first position with the overall voting of 48.5%, was followed by 46.8% votes of Jessica Cisneros. The third representative was Tannya Benavides, who is an educator and the first-time candidate, who got nearly 4.7% votes. Cuellar has developed a strong base in Laredo, and the other rural areas of the district which made him lead the elections later on Wednesday, 2nd March 2022. On the other hand, Cisneros was able to keep Henry Cuellar under the range of 50%.

Jessica has not mentioned the insights of her life story. She rarely describes anything related to her personal life. However, concerning her marital status, she is unmarried at the moment. She is living in her late 20s and has a long journey to go.

The young and aspirated personality, Jessica Cisneros, is yet to achieve a lot in her life. Although she never talked about her net worth, at the moment, we assume her net worth is nearly $1 million.