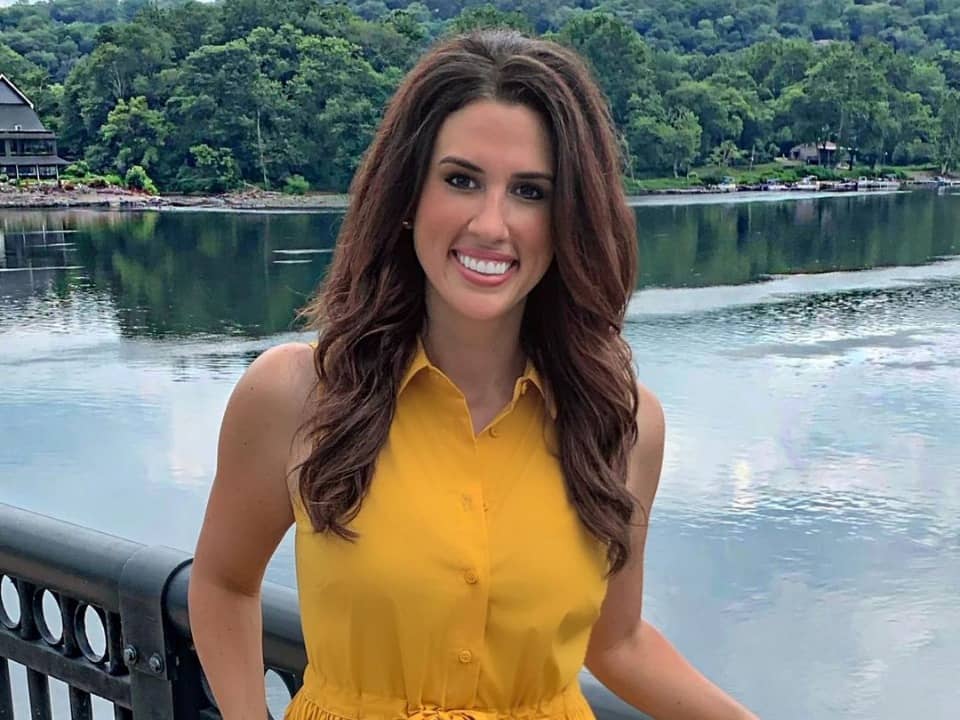 Jessica Boyington is an American Reporter and Model. She is currently working as an anchor for ABC News. In 2005 she made an appearance on Gameshow Network’s named Deal or No Deal which is hosted by Howie Madel. She has also volunteered for many initiatives and organizations dedicated to animal causes.

Jessica was born on 30th May 1985 in Philadelphia, Pennsylvania, United States of America.  The names of her family are Jesse and Claire Boyington. She also has an older sister named Kristin. At a young age, she enjoyed spending quality time with her sister on family trips. She also trained herself in ballet, Hip- Hop, Jazz, and tap dance as she was a part of Marcia Hyland Dance Company.

Jessica went to Paul VI High School which is a private Roman Catholic High School in New Jersey. In 2003 she further went to Rowan University in Glassboro, New Jersey for her higher education. Over there she earned a Bachelor’s degree in Communication.

As she completed her education in the field of Communications, she opted to choose her career in the field of journalism. She also showed interest in the field of modeling. After winning Miss New Jersey, she further went to compete as New Jersey representative in 2006 Miss USA in Baltimore, Maryland. She was not able to make it in the top 10 and decided to focus on journalism.

In 2012 she worked as Traffic Reporter for CBS-3 Philadelphia for three years. Further, she begins to work for NBC News as a Traffic reporter. She worked for more than 6 years with NBC. Later in April 2019, she started working as a feature reporter for ABC News.

Jessica has shown active participation in the wellness of society. She was an animal care supervisor with Animal Welfare Association from 2013-2015. In 2015 she hosted the Mother’s Day Race for the Cure. She is also involved with NBC Universal’s Clear The Shelters is a nationwide initiative aimed at finding permanent shelters for the animals.

Jessica is currently single. The details about her relationship have been kept private and away from the limelight. She seems to be focused on her career and likes to be away from distractions. Along with that she also spends quality time with her friends and family.

Jessica has earned a lot as a journalist. She has previously worked with various News Channels and has also participated in a beauty pageant. Her estimated average salary per year is $77,035. According to sources her net worth has been estimated at around $761,925. On top of that, she also earns some extra bucks from brand endorsements and attending various events.