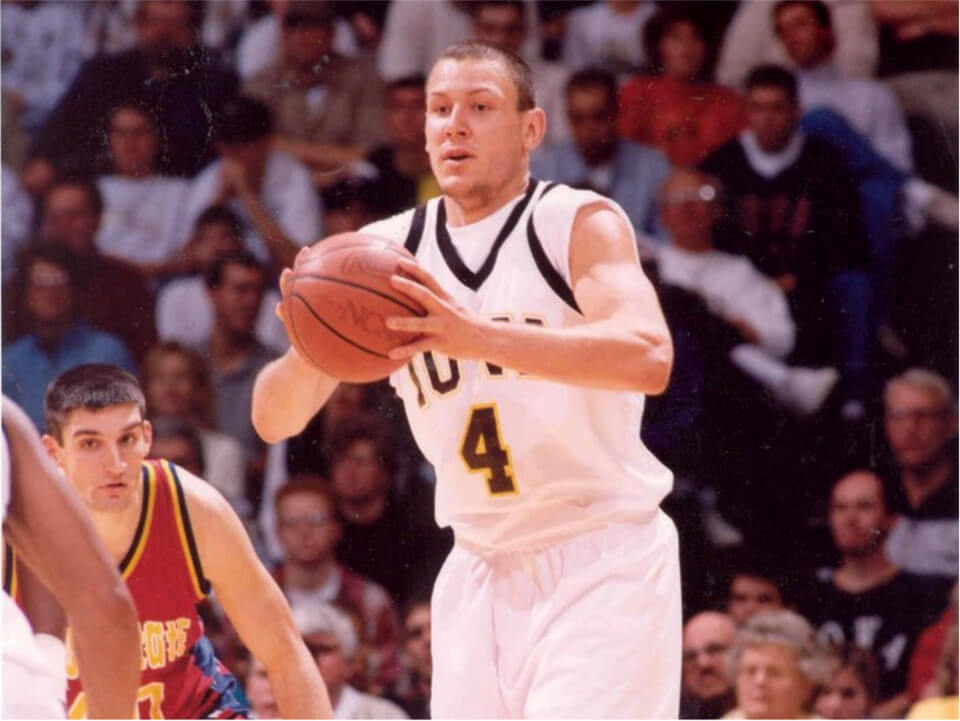 Jess Settles was born on 7th July 1974 and was raised in Iowa with his brother Jake Steeles and other siblings. He went to the Winfield Mt. Union High School in Winfield, Iowa. His father, Steve Settles, and his uncle, Gary Settles, work together on a farm for raw-crop operations while Mary, his mother was an elementary school principal. His uncle Gary Settles’s children – Allison and Lincoln, were also well-known athletes in Winfield.

Jess began his professional basketball career during his high school days. He was three-time at state selection Winfield-Mt. Union High School. His athletic ability on the floor makes him one of the nation’s top forward prospects at Winfield-Mt. Union High School. Later, He signed with Iowa and took the Big Ten by storm. At the University of Iowa, he was named Big Ten Freshman of the Year and the third-team all-conference in his freshman season. He was named the First team All-Big Ten by league coaches and media in his third season at Iowa.

Settles suffered a back injury because of which his playing time was limited for one season, but still, he kept trying to make the chance to play. He is still counted among the top leaders in many categories at Iowa, where made career-high ranks like 5th in three-point field goal attempts (321), 6th in career scoring (1,611), and had various career goals like career field goals (581) and three-point field goals (113), etc. He grabbed the Co-Most Valuable Player and also shared the Captain’s Award during his final season for Hawkeye.

When he was a youngster, Jess had a passion for working as a television analyst. He got the chance to step into the world of journalism and media. Jake has loved chasing written word puzzles since childhood. He also wrote a weekly column called “Above the Rim” for his hometown newspaper in Winfield.

In an interview, Tom Davis (Jess Settles’s Basketball coach at Iowa) said that.

“He was just so unselfish……He’d work hard for all the right reasons……. He wasn’t doing it to get himself glory….and played to help his team.”

Jess Settles married Joanna, a forward on the basketball team under Robin Becker-Pingeton at St. Ambrose University. Later, his wife Joanna became the girl’s basketball coach at Mount Pleasant High School. The couple is blessed with three daughters from this marriage.

In one of his interviews, he said that –

“I’ve got hair dye in the bathroom. I’ve got makeup. I’ve got eyeliner. It’s out of control. I have more products in there than my three daughters – Julia (10 Years old), Josie (12 Years old), and Jema (15 Years old). It’s embarrassing.”

Jess is 46 years old former basketball star player at Iowa. He was involved in basketball as a head coach and broadcasting for the Big Ten Network. Apart from this, he was engaged in farming and lived a luxurious lifestyle. However, Jess Settles estimated net worth around to be $8 Million.