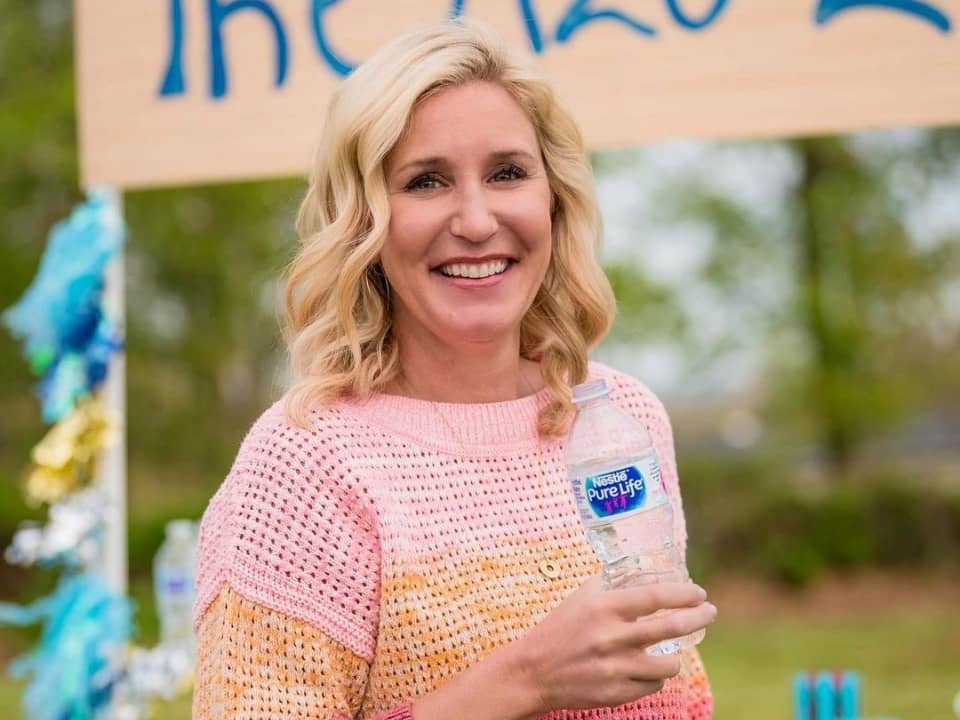 Jenny Marrs is an American designer, writer, blogger, and advocate for social causes. She is famously known to have appeared in the HGTV show Fixer to Fabulous with her husband restoring and renovating historic homes.

Jenny was born on January 24 1979 in Florida. She was born in a Christian family and is of white Caucasian ethnicity. She has not shared much about her family and parents but it is known that their names are Joan and Steve Smith. Her grandfather owned a small cabin on his farm in North Carolina where he had alpacas and donkeys and she visited with her parents every year.

Jenny has not shared much about her education but it is known that she completed her high school education at a local school in Florida. She is also known to have studied Marketing and Public Relations as her college major and has a Bachelor’s degree in the same. She graduated in 2002 but has not shared the name of her Alma Mater.

Jenny started her career as a marketing employee in a small construction firm named Newell Brands. She worked there for a while until she left to join Dave in Arkansas and help him in developing his own business in 2004. Meanwhile, she took a job in the Marketing and sales department in Arkansas. After a while, when the business was set up under the name Marrs Developing she tried her hands into designing and started working with her husband while continuing her job. She left the job in 2012 and joined as a designer full-time. They have since been successfully running the business developing old houses, building unique and custom furniture, etc with local artisans.

They started appearing as a builder-designer duo on the HGTV show Fixer to Fabulous in 2019 where they would reconstruct and renovate old historical houses in the region of North Arkansas and have reconstructed around 300 houses. The couple also started Berry Farm where they provided berries and space for local gatherings and events with a social cause. She is also a blogger ad runs a personal blog in her name as well as a blog on their business Marrs Developing. Jenny writes all the articles and also showcases insight about her personal life as well as their business. She also writes short stories, articles, and essays on her blog while she also posts videos of her experiences.

Jenny is a philanthropist and likes to spend her time and resources in helping orphans, family preservation, advocating for community and social causes. She also started The Berry Farm with the motive of helping orphaned teenagers in Zimbabwe through earning at the farm. These earnings help the orphans to develop farm skills, vocational training as well as provides for food. She has also partnered with the organization Help Us Now through which she provides help to the needy.

Jenny is currently married to her husband Dave Marrs. The couple has been married for the past 15 years and also have five children, two twin sons Nathan and ben, two daughters charlotte and Sylvie, and a newborn baby Luke. They share a great love for animals and farmlands and have also built themselves a home reconstructed from an old farmhouse. The two met back when they used to work in the same construction firm Newell Brands as a builder and designer in 2002. They later dated for a while in a long-distance relationship and got married in the year 2005. They share great bonds and understanding.

Jenny has worked as a marketing and sales employee for several years and then as a designer for homes through which she has earned a lot of income and wealth. She also earned a lot through the show fixers and fabulous and her income is majorly supported by her work in the business at Marrs developing. Her net worth is estimated to be around $4million as of 2021 including her husband’s wealth as well.