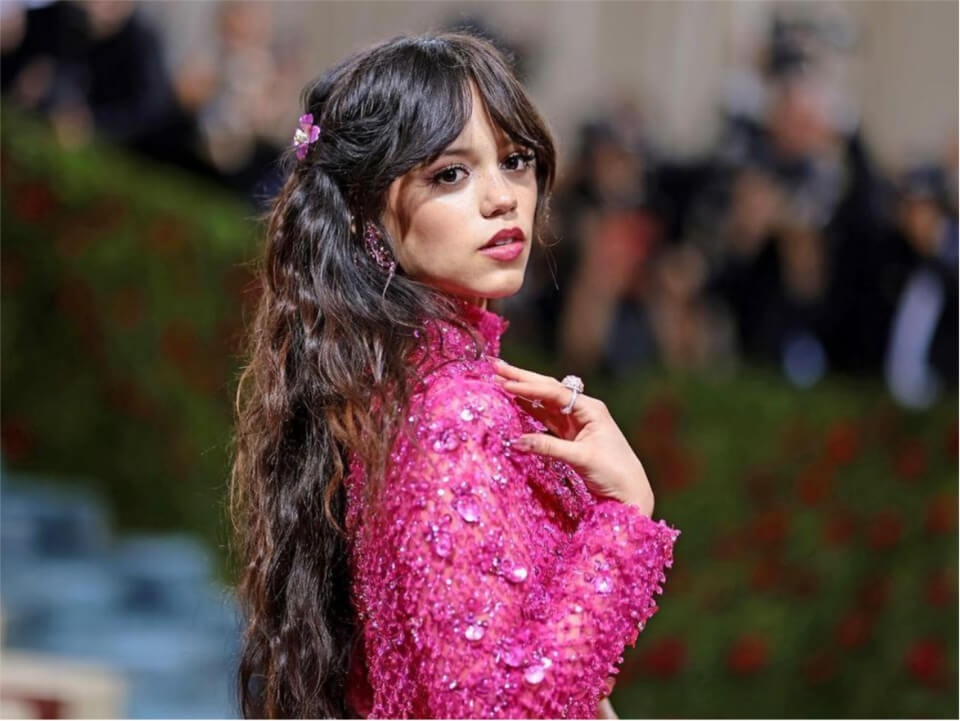 Jenna Ortega is a well-known female actress, songwriter, and Model. She was nominated for the Disney Channel series “Stuck in the Middle (2016)” and “Elena of Avalor (2019)” and won an Imagen Award for the category of Best Young Actor – Television in 2016 and 2019. Apart from acting, She also performed the voice role of Princess Isabel in Elena of Avalor from 2016 to 2020. She also voiced Brooklyn in the Netflix animated series “Jurassic World Camp Cretaceous” in 2020. In 2020, She announced that she would make her writing debut with the book It’s All Love, which was released in January 2021.

Jenna Marie Ortega was born on 27th September 2002, which makes her 20 years old as of 2022. Jenna’s mother’s name is Natalie Ortega and she served as an emergency nurse during the pandemic. Her mother also helps and makes people aware of #covid19 #stayhome. Jenna belongs to a huge family, she has two brothers named Isacc Ortega and Markus Ortega. Both of Jenna’s brothers are married and have children. Jenna also has three sisters, and their names are Aaliyah, Mariah, and Mia. She is the fourth of six children and was raised in Coachella Valley, California. She was interested in acting from the age of six.

Jenna began her career and started auditioning for films as a child actress when she was eight years old. In 2012, she made her acting debut with a guest appearance for Rob, in the episode “Baby Bug.” In 2013, she made her film debut with a minor role as the vice president’s daughter in the successful box-office superhero movie Iron Man 3. After that, she starred in the horror film Insidious: Chapter 2, the second film in the Insidious franchise, as Annie, a supporting role.

Jenna is a talented and hard-working girl who is majorly in demand in the film industry. She rose to fame when she performed her featured role as young Jane on The CW comedy-drama series Jane the Virgin (2014–2019). Later, she had her breakthrough on the Disney Channel series ‘Stuck in the Middle (2016–2018)’ in which she appeared in the role of Harley Diaz. In the same year, she joined the cast of Disney’s Elena of Avalor, as the voice of Princess Isabel, which ended in 2020.

Jenna Marie Ortega also starred in the music video for Jacob Sartorius’ “Chapstick” in 2017. In the video, she played Sartorius’ love interest, which gained significant media coverage. In 2019, She was cast in the role of Pheobe in the Netflix horror film “The Babysitter: Killer Queen”. She was also cast in the second season of the Netflix thriller series You in 2019 and played the featured role of Ellie Alves. In 2020, she was accepted and portrayed the lead role of Vada in the high-school drama film “The Fallout “, which was released on HBO Max on January 27, 2022. In the same year, she was also cast for the role of Tara Carpenter in the slasher film Scream, which was released on January 14, 2022.

She also starred in the Foo Fighters-led horror film Studio 666 (2022), released in February. She also appeared in the horror film X (2022), along with stars Mia Goth, Martin Henderson, Brittany Snow, and Owen Campbell. The film was directed, produced, and edited by filmmaker Ti West, and was released in March 2022. Recently, she was seen in the supernatural comedy horror series Wednesday (2022), which is based on the character Wednesday Addams from The Addams Family. The Wednesday (2022) series was created by Alfred Gough and Miles Millar. She worked alongside stars such as – Gwendoline Christie, Riki Lindhome, Jamie McShane, and Hunter Doohan.

According to Jenna Ortega’s profile, she supports @PlannedParenthood, which helps protect abortion access and expand reproductive care. She also supports the life and well-being of an adult woman and The National Network of Abortion Funds. She appeared at numerous “WE Day” concerts across the United States and Canada to benefit “WE Charity” founded in 1995. In honor of her late grandfather who passed away from AIDS, she supports and becomes an ambassador for UNAIDS, 🙏 and focuses on bringing awareness and destigmatizing the condition.

Jenna is single at the moment but she was in a relationship in the past with her co-star Asher Angel in 2018. At this moment, she is not dating anyone and only focusing on her Hollywood career.

Jenna is active on social media platforms such as YouTube, Facebook, and Instagram. As of 2022, Jenna has 19.4M followers @jennaortega, on her Instagram account. She has 753.2k followers @jennaortega, on her Twitter account. She is available on Tik Tok, where she has gained nearly 3.3 million followers, all around the globe. Jenna attended and shared the @maisonvalentino, Valentino shows ❤️ a beautiful collection of party wear 🖤 in October 2022.

Ortega is an American actress who earns mainly as a young TV actress. In 2020, she was named a brand ambassador for Neutrogena and partnered with Neutrogena on “For People with Skin”. As of 2022, Jenna Ortega earned an estimated net worth of around $3 Million.