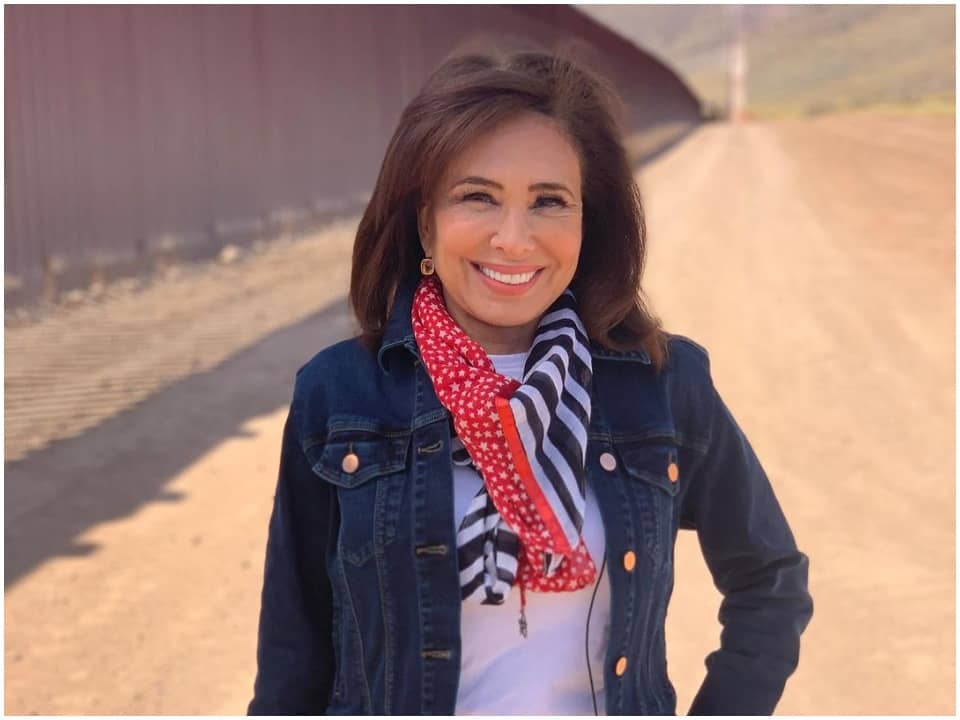 Jeanine Pirro or Judge Jeanine is best known for her television appearances and her work as an author. Apart from this, she has also served as a former New York State judge, politician, and prosecutor. Jeanine Pirro is currently working as the host of the show “Justice with Judge Jeanine” which is telecasted on the Fox News Channel. She also contributed herself to NBC News where she appeared regularly on the show “The Today Show”. She was one of the first female judges ever elected in Westchester County, New York.

Jeanine Pirro was born on 2nd June 1951 and was brought up by her parents in Elmira, New York. Her family belonged to the Lebanese-American nationality and her father used to do the work of mobile-home sales while her mother was a department-store model. Pirro had the dream of becoming an attorney since the age of six when she gained knowledge about the life of people in politics.

Pirro went to Notre Dame High School and attained her education there only while interning in the Chemung Country District Attorney’s office. Later, she went to the University at Buffalo to attain her bachelor’s degree in Arts. She got her degree in J.D. from Albany Law School of Union University in 1975 where she became an editor of law review during later times.

She has maintained quite a good career while being in political affairs and showing her on television news channels. She has also remained the first female ever elected as district attorney in Westchester County. While being a district attorney, Pirro has gained a lot of fame in cases including domestic abuse, and a crime against the elderly. Pirro briefly endeavored as the Republican nomination in the United States in 2006 but she didn’t accept her nomination for New York Attorney and later she lost her general elections to Democrat Andrew Cuomo. She has written many books in her entire career life. she has spoken her thoughts out in the public while publishing certain of her books like Liars, Leakers, and Liberals, etc.

Pirro has been a regular contender to the show “The Morning Show with Mike and Juliet”. She used to be a guest analyst on the channels including Today, Fox New York’s show “Good Day New York”. Jeanine is also the legal analyst of the channel “Fox News”. She has guest-hosted the shows like Geraldo at Large, The Joy Behar Show, and Larry King Live. She has remained the frequent guest on Fox’s show Red Eye w/ Greg Gutfeld.

She had successfully attained the period of running the responsibilities of Republican and Conservative party lines. Pirro left the work of District Attorney after her November 1990 elections. Later, she joined while being a judge in Westchester County Court. After being sworn on 1st January 1991, Pirro became the first female judge. She worked as a judge for around two years.

Pirro actively supported the passing of the hate crime law of New York which further covered sexual orientation. She supported the anti-discrimination protections for gays and lesbians. She beards the support of civil unions for same-sex couples. However, she didn’t support marriage equality and later opposed the amendment of the constitution to ban same-sex marriage.

Pirro married Albert but soon after the birth of their two children the marriage didn’t work for her and they got separated. Following their marriage, the couple moved to Harrison, New York where Pirro started working as district attorney and her husband was appointed as a lobbyist. Before the time when their children were born, Albert was accused of being a father of a daughter by a Florida woman whom he termed as mentally unstable during later times. After various court dates and proceedings, DNA testing confirmed Albert while being the father of that daughter by a Florida woman which later ordered him to begin child support payment in 1998.

Jeanine Pirro is one of the successful personalities who have been born with the mindset of becoming a district attorney since her childhood. Her net worth is estimated to be around $14 million. She has attained quite a luxurious lifestyle for herself. She has campaigned for 2006 Republican Senate nominations and has been working as the host of television shows for years.