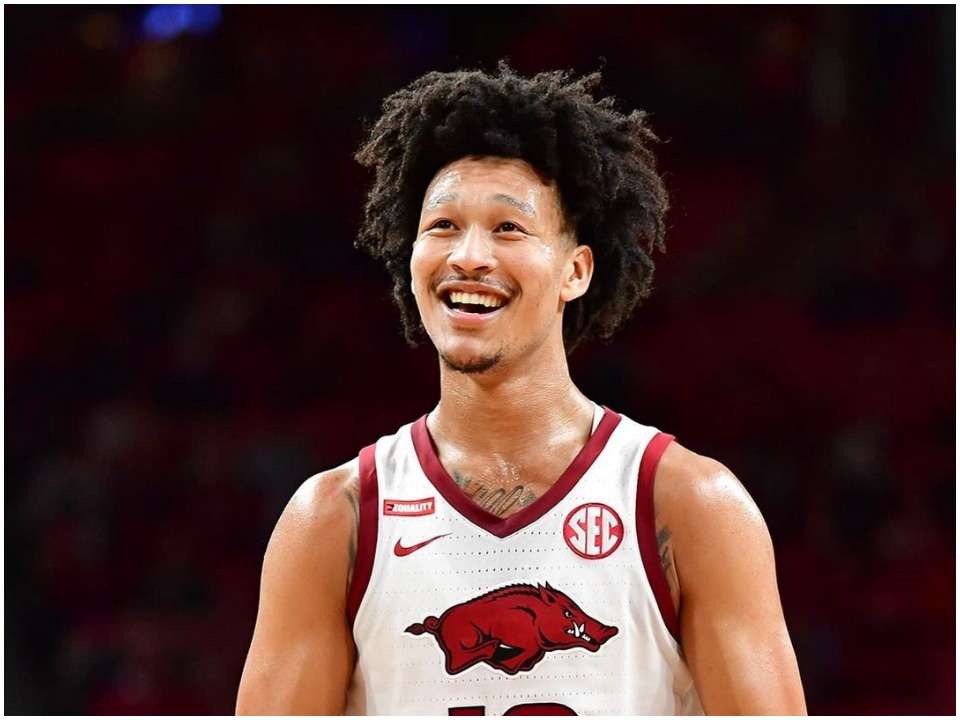 Jaylin Williams is a professional American basketball player who has been playing for  Arkansas Razorbacks men’s basketball team. Previously he used to play for Northside High School. As a player, Jaylin enjoys enormous popularity in the sports world.

Jaylin Williams was born on 29 June 2002 in Fort Smith, Arkansas, United State to parents Michael and Linda Williams. He is 20 years old as of now in 2022. He has three brothers Mikey, Marquis, Montell Williams, a sister Synora Phillips, and they all live together with his family in Arkansas. As he’s been able to pursue his interest and achieve so much despite his early age, his parents are most likely highly supportive and loving. Jaylin completed his high school in Arkansas and acquired a major in recreation and sports management from a reputed university.

After making his debut in the USA U-19 summer camp of 2021, he was awarded the SEC First-Year Academic Honor Roll. Jaylin plays in the forward position and had played 26 games which included three final games of the NCAA Tournament. In 2018, Jaylin played at Northside with current Razorback Isaiah Joe and the pair helped the Grizzlies reach the state final. He scored a career-high 13 points in the win over Alabama wherein the second half and he pulled down all eight of his rebounds in the period He was chosen to the All-EYBL Breakout Team in the summer of 2019.

During his senior season in 2019-20, he scored an average of 16 points, 11 rebounds, and three blocks per game. Also, he recorded an average of 18.7 points and 12.2 rebounds while adding 2.5 blocks and 2.7 assists per game. He made his debut in the 6A State Championship in the semifinals. In a major achievement, in the summer of 2021, he was invited to Team USA’s U-19 camp. He has rewritten the record books in Arkansas with currently  350 rebounds in a single season, which is the most in program history. Williams snagged No. 350 during the first half of Arkansas’ Sweet 16 game against No. 1 Gonzaga. Recently, Williams won the victory over the Tigers, after hitting a key three-pointer and drawing his fourth charge of the game in Baton Rouge for a 65-58 win.

Jay has kept his love life within closed doors and not much is known about his personal life. All we know is that he is unmarried. Jaylin is pretty active on social media. His Twitter account goes with the username  @Jay_MWilliams where he has collected a 6.01K fan following. He has 1000 Tweets up to date. Under the account @thejaylinwilliams, he is also active on Instagram, where he has 10.5K followers. The majority of his posts are on basketball.

There is no information about Jaylin William’s net worth or salary yet  However, being a professional and an ace basketball player, Jaylin seems to earn a decent amount of money and is evidently known to live an opulent lifestyle.