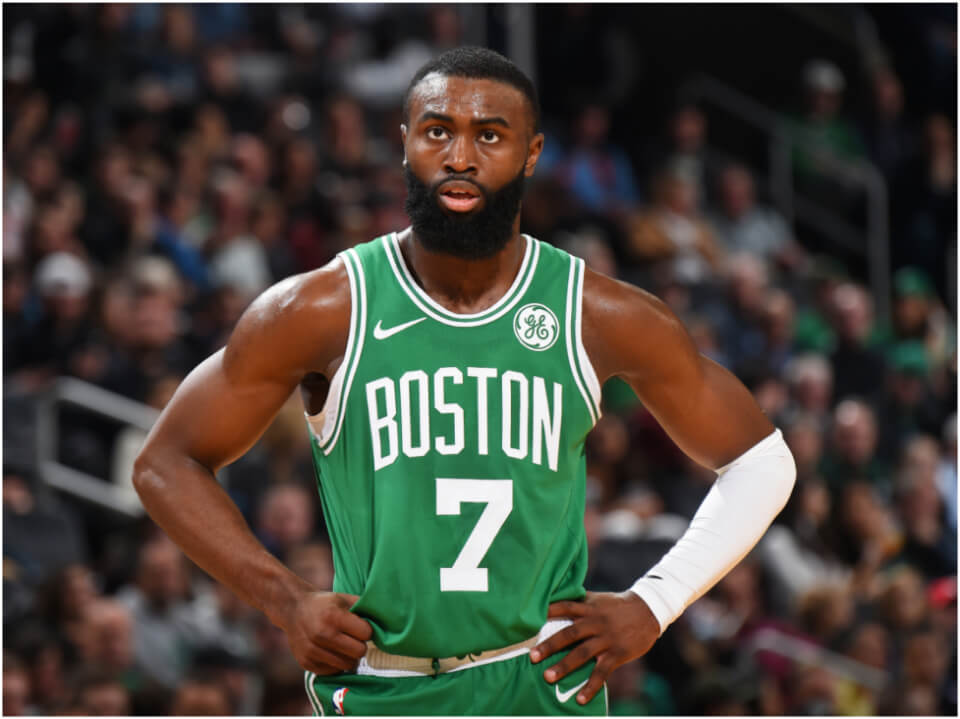 Jaylen Brown has done a miraculous job for the Celtics in this whole season of NBA 2022, right from the beginning. His evolution as one of the best players at the moment surely surprised everyone but, it was inevitable because of his skills. He is a professional basketball player in the National Basketball Association for the Boston Celtics (NBA). He was a one-year member of the California Golden Bears’ basketball team, earning first-team all-conference honors and Pac-12 Freshman of the Year honors. Jaylen was selected third overall by the Celtics after declaring for the 2016 NBA Draft following that season. Throughout his professional career, he has alternated between shooting guard and small forward.

Jaylen was born on 24th October 1996 in Marietta, Georgia, United States to his parents Marcelles and Mechelle Brown. Quenton is his only sibling. Brown’s father, Marcelles, was a professional boxer. Brown attended Wheeler High School in Marietta during his high school years. He was a member of the USA Basketball Men’s U18 National Team that won the FIBA Americas Championship gold medal in 2014.

Brown went to Marietta, Georgia’s Wheeler High School. He helped his team win the Georgia High School Association (GHSA) Class 6A State Championship as a senior. Brown sank two free throws with 0.6 seconds left to give Wheeler a 59–58 victory. Brown’s senior season included performances such as 28 points and 11 rebounds in a 76–70 win over Harry Giles and Wesleyan Christian Academy.

Brown was taken third overall in the 2016 NBA Draft by the Boston Celtics on June 23, 2016. After averaging 16.0 points, 6.2 rebounds, and 2.3 steals in six Summer League games; he signed his rookie scale contract with the Celtics on July 27. On October 26, he made his Celtics debut against the Brooklyn Nets, scoring nine points on 3-for-4 shooting and adding two blocked shots in 19 minutes. Brown scored 19 points in his first career start against the Cleveland Cavaliers on November 3, a 128–122 loss. He had a career-best with 20 points in a 128–98 win over the Orlando Magic on January 27, 2017. Brown had a solid debut season in 2016–17, with his role off the bench evolving as the season progressed.

During the regular season, he appeared in 78 games for the Celtics, starting 20 of them. He played 17.2 minutes per game on average, averaging 6.6 points, 2.8 rebounds, and 0.8 assists. During 100-96 triumph over the Heat in Game 7 of the Eastern Conference Finals, Brown had 24 points, six rebounds, and six assists. The 2022 NBA season turned out to be the best for his career so far as he was impressed with his versatility in both offenses as well defense. With his unbelievable speed on the court, he assured the entry of Boston Celtics in the NBA Finals 2022. At the moment, both teams Celtics as well Warriors have won two games so scores are level at 2-2. So far, Jaylen has surpassed the Warriors Stephen Curry in the NBA Finals MVP race.

Brown has always been quite discreet about his personal life. His relationship status, however, is the subject of some speculation. Jacqueline Hawileh is the one woman he has been linked to. When the rumors started spreading, the two were photographed spending time together during their All-Star break. Earlier in 2021, his name was linked with American singer and rapper H.E.R. by some the media portals. Although, they both never confirmed or talked about anything in the media so it just turned out to be a rumor.

Jaylen is already a superstar in the NBA world so it is obvious that he is making a juicy amount from his prosperous career. He signed a 4-year extension contract worth $107 million in 2020. Because of this, he was entrusted to get a salary of $24.8 million for the 2020-21 season. After signing the deal, he made the entry into the top 50 as far as the most lucrative contracts are concerned. In addition to this, he helped Celtics to enter the NBA finals so he is already $1 million richer and on top of that, he also earns millions from endorsements and other deals. From all these sources, his estimated net worth is around $10 million but in reality it should be way much more than that for sure.