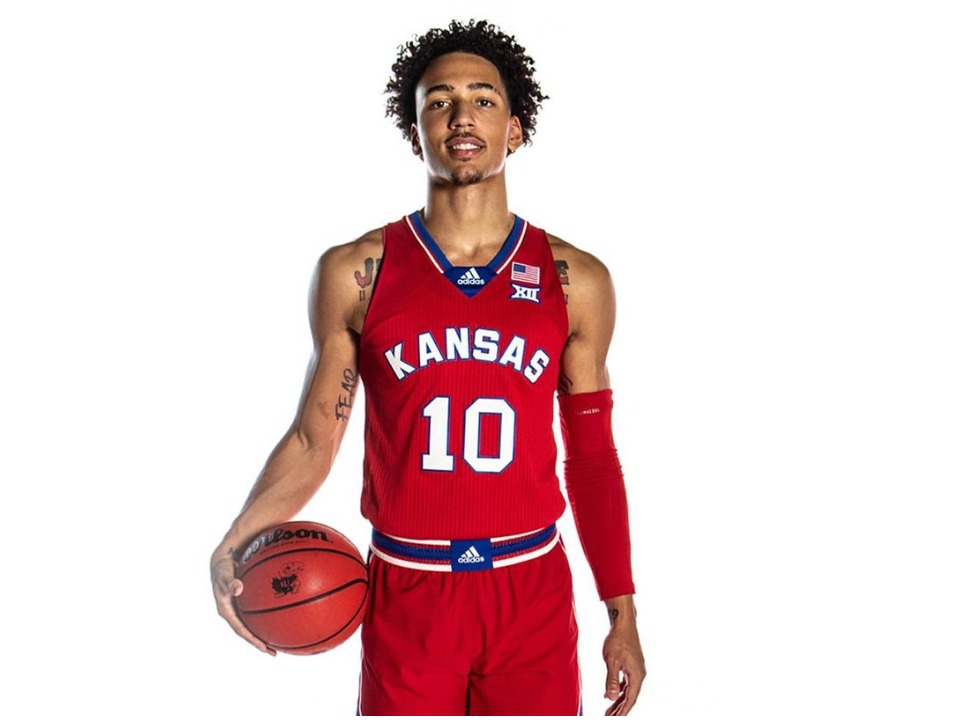 Jalen Wilson of the University of Kansas is an energetic American collegiate basketball player. Despite his youth and the fact that he is still in college, he is well-known for his outstanding performance.

Jalen Wilson was born in Arlington, Texas, in the United States of America, on November 4, 2000. Wilson’s father, Derale, was a TCU basketball player who also played professionally Overseas. Lisa, his mother, was a Seminole State College and Oklahoma City basketball player who signed with Oklahoma State. Jace and Jevin are his two brothers. He has a supportive family. Jalen graduated from Denton’s John H. Guyer High School. Wilson maintained his scholastic grades despite mostly playing basketball during his academic year. He subsequently went on to the University of Kansas in Denton, Texas, for further studies and a promising career in basketball.

Jalen Wilson averaged 16.1 points, 6.2 rebounds, and 3.3 assists per game as a junior in high school. A Class 6A All-State selection as a senior, he averaged 18.1, 7.5, and three assists. 247Sports ranked him 46th in the 2019 class out of a consensus four-star recruiting class. Prior to the departure of John Beilein, he had committed to Michigan. He chose Kansas over North Carolina and other schools. He missed the rest of the season due to injuries and received a medical redshirt. To win 73–72 over eighth-ranked Creighton on December 8, 2020, Wilson had 23 points and 10 rebounds. Wilson was named to the Big 12 All-Freshman Team after averaging 11.8 points and 7.9 rebounds per game. On April 9, 2021, he declared for the NBA draft while still in college. Wilson returned home.

Jalen was arrested over the weekend on November 2 when police suspected he was driving while inebriated. Wilson was detained early Sunday morning at 23rd and Louisiana in Lawrence by Douglas County sheriff’s officials. There were no reported injuries as a result of the incident. According to arrest files from Sunday, a deputy noticed Wilson struggling to keep his car in one lane, and after he failed a field sobriety test, he was arrested for driving under the influence. Shortly after his arrest, Wilson was released on bond.

According to rumors, Jalen is currently dating her long-time girlfriend, Janae Bibby. He has made no official announcement so far. He spends the majority of his time practicing in order to improve. In his spare time, he enjoys spending time with his parents and brothers, as well as traveling with them. Jalen has 58k followers and 182 followings on Instagram, where he has 5 posts and has a username of @thejalenwilson. He has 12.5k followers and 49 followings on Twitter, where he has been active since March 2014.

Jalen Wilson’s net worth is unknown because he prefers to live a private life. We can only presume that his net worth is in the millions of dollars, given that he is a well-known basketball star who spends his time polishing his craft.