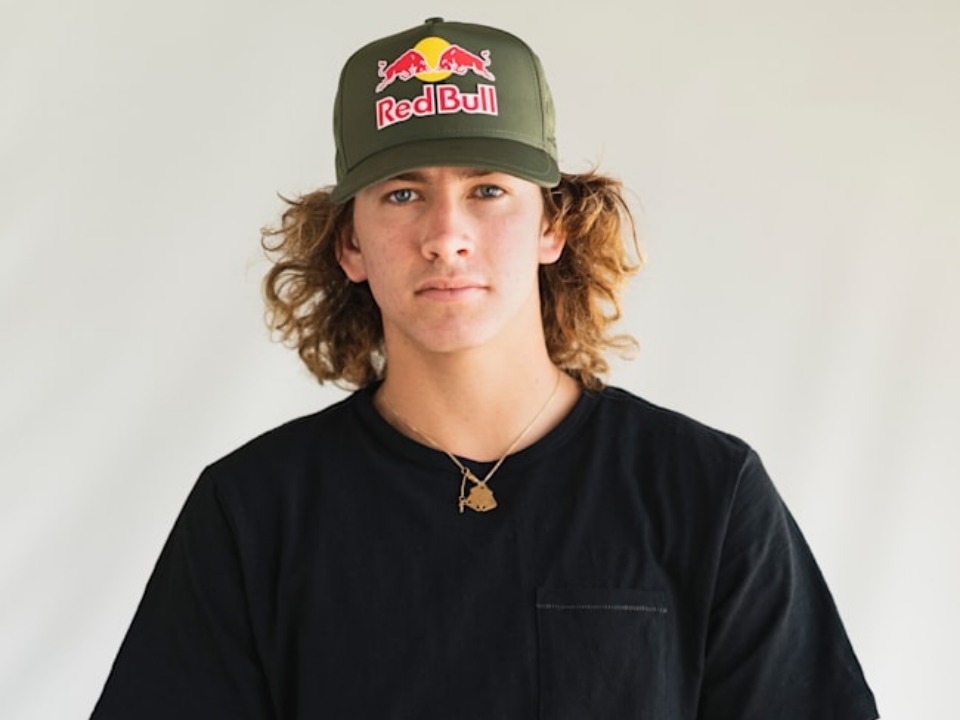 Jagger Eaton is an American professional skateboarder famously known as the son of former national gymnast Shelly Schaerer. He has been one of the youngest players to compete at the X Games and won several medals. He is now an Olympian and a bronze medallist.

Jagger was born on 21st February 2001 in Mesa, Arizona, USA. His parents are Shelly Schaerer and Geoff Eaton and grew up along with his older brother Jett. His mother is known to be a former USA national gymnast team member while his father runs a skateboarding school named Kids that rip which trains for Junior X games.

He is also known to have a younger sister named Hendryx Jagger started skateboarding at the age of 4 and practiced along with his brother at his father’s school. Jagger has not shared much about his education and school but it is known that he is a high school graduate from a local school in Arizona. He has not shared any information about having pursued any college education.

Jagger started his skateboarding career at the age of 11 when he first started competing at the junior X games competitions. in 2011, he participated in Bob Burnquist’s dreamland MegaRamp invitational and stood in third place. In 2012, he played at X games Los Angeles for the first time completing at the 12th position and became the youngest ever player to participate since Nyjah Huston. The following year, he participated in the Global X Games in Munich and Los Angeles and stood at 4th place in both the events while he finished up at 3rd position at the Global X games Barcelona.

The same year, he also participated in the Kimberly Diamond Cup in South Africa and stood at 8th place in the vert and big air competition while he stood 17th at the street competition. In the year 2014, he participated in the Tampa am competitions in Florida in the street event and stood at 1st place being the youngest player at age of 13. After that in the following years, he recorded several victories at BoardAm2015, X games Austin 2016, X games Minneapolis 2017, etc. In 2018, he won 1st place at the Tampa Am competition and stood 2nd in the street events at the X games Norway and Minneapolis.

In 2015, he also appeared in an episode of the comedy sketch show “Ridiculousness” after which he ventured into Hosting and his own show named “Jagger Eaton’s Mega life” in 2016. The show ran for one year on Nickelodeon. He is sponsored by several brands like DC Shoes, Red Bull, Plan B skateboards, Independent Board company, etc. He was first sponsored in 2012 by DC shoes in the D youth Initiative. Recently in 2021, he was selected as a representative of the US national skateboarding team at the 2020 Tokyo Olympics at the age of 20. He made his debut at the Olympic games and successfully reached the finals in the Street event and managed to win a Bronze medal for the USA.

Jagger is known to be in a relationship with the model, singer, and Youtuber Morgan Justus. The two met back in 2018 and have been dating ever since. They are private about their relationship and do not like to share many details. Jagger loves his little sister Hendryx and often shows affection towards her through social media. he is very close to his family and also lives with them in Mesa.

He has been a professional skateboarder and has earned a lot of wealth through competitions. sponsorships and tv appearances. His net worth as of 2021 is estimated to be around $3million.

Jagger is a talented young skateboarder who followed the footsteps of his family members to achieve the long-lost dream of entering the Olympics. He shares great affection for his family and fuelled by his own passion and his family’s dream, he has now reached the highest milestone and entered the Olympics. Jagger has successfully secured a medal for his country and also fulfilled his dream. He is energetic and outgoing ad always works hard to give out his best and we wish him luck in his future.