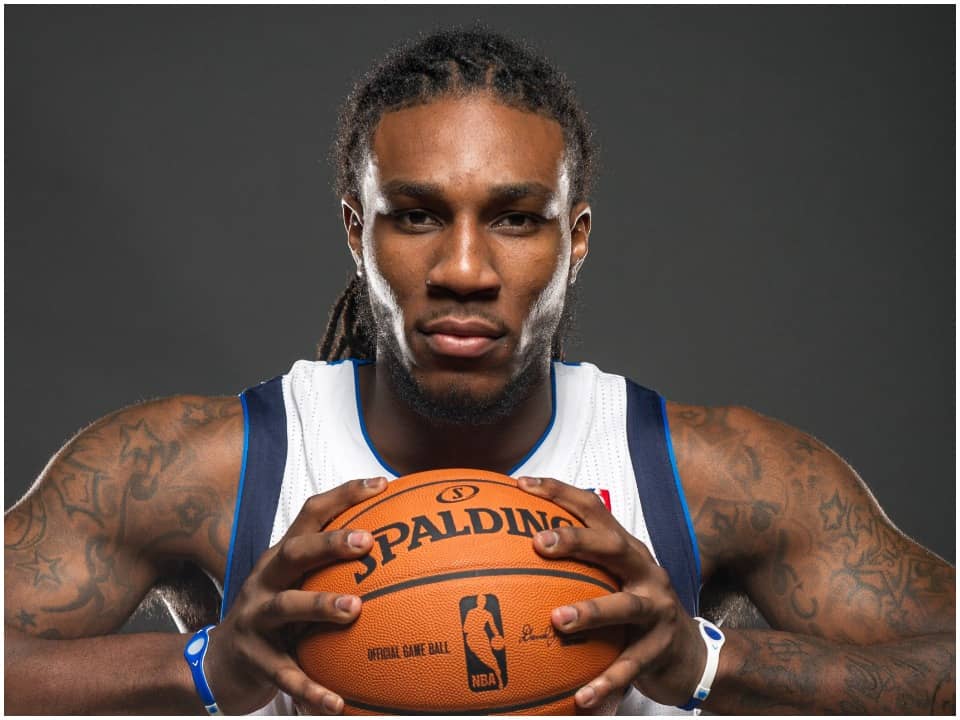 Jae Crowder is an American Professional Basketball player for the NBA team Phoenix Suns. His position is at Power Forward or Small forward. He has also previously played for NBA teams like Dallas Mavericks, Boston Celtics, Cleveland Cavaliers, Utah Jazz, Memphis Grizzlies, and Miami Heat. In 2012 he was awarded Big East Conference Men’s Basketball Player of the Year.

Jae was born on 6th July 1990 in Villa Rica, Georgia, United States of America. The names of his parents are Corey Crowder and Helen Thompson. He has seven sibling’s details about them has been kept private. At a young age, he was very much interested in playing Basketball. Jae went to Villa Rica High School for his high school education. During his schooling, he was professionally training for playing basketball. For his further and higher studies, he went to South Georgia Tech, Howard College, and Marquette University.

Jae is an outstanding football as well basketball player right from his college days. He received a lot of offers for Football but eventually decided to play Basketball. At South Georgia Tech he was named as Georgia Junior College Athletic Association Player of the Year. Next year for his sophomore year he was transferred to Howard College. He had averaged 18.9 points, 9.0 rebounds, 2.5 assists, and 2.4 steals per game. At Marquette, he played matches against UNLV, Georgia Tech, Texas Tech, and Illinois State, West Virginia Mountaineers, and many more. On 1st January 2011, he recorded a career-high of 29 points and 8 rebounds.

After completing his college career, he played professionally. He decided to enter the NBA Draft of 2012 and was 34th overall pick by Cleveland by was later traded to Dallas Mavericks. From 2012-2014 he played for Dallas Mavericks. He played matches against Los Angeles Laker, Miami Laker, and more. From 2014-2017 he played for Boston Celtics where he contributed in matches against were Atlanta Hawks, Detroit Pistons, Miami Heat, Washington Wizards, Brooklyn, Portland Trail Blazer, and many more. In 2017 he was traded to Cleveland Cavaliers. On 20th November 2017, he scored a season-high 18 points against the Detroit Pistons. Next year he was acquired by Utah Jazz.

He played matches against Portland Trail Blazers, Memphis Grizzlies, Oklahoma City Thunder, and Toronto Raptors. In 2019 he was acquired by Memphis Grizzlies as a package for Mike Conley Jr. He defeated Brooklyn Nets with 134-133 by hitting on the game-winning buzzer. Next year he was traded to the Miami Heat and helped the team reach the 2020 NBA finals but lost in 6 games to Los Angeles Lakers. On 28th November 2020, he signed a contract with Phoenix Suns. In-game 2 of the Western Conference Finals with 0.9 seconds he won the match with a score of 104-103 against the Los Angeles Clippers.

Jae was dating Lecce Babi. They had gone through ups and downs during a covid-19 pandemic and have broken up. The reason for their breakup has not been shared with the media yet. They posted Instagram stories for each other as a taunt. Also, his name was recently linked with Dana Lambert as well however, as per the reports they split up, and probably Jae is single and focused sharply on his career only.

Jae has earned a lot as a sports player. He is currently playing for NBA teams and has earned prize money. According to sources he earns a salary of $7,820,000 and has a net worth of $15 million. Some other sources of his income are from sponsors and by attending various events.