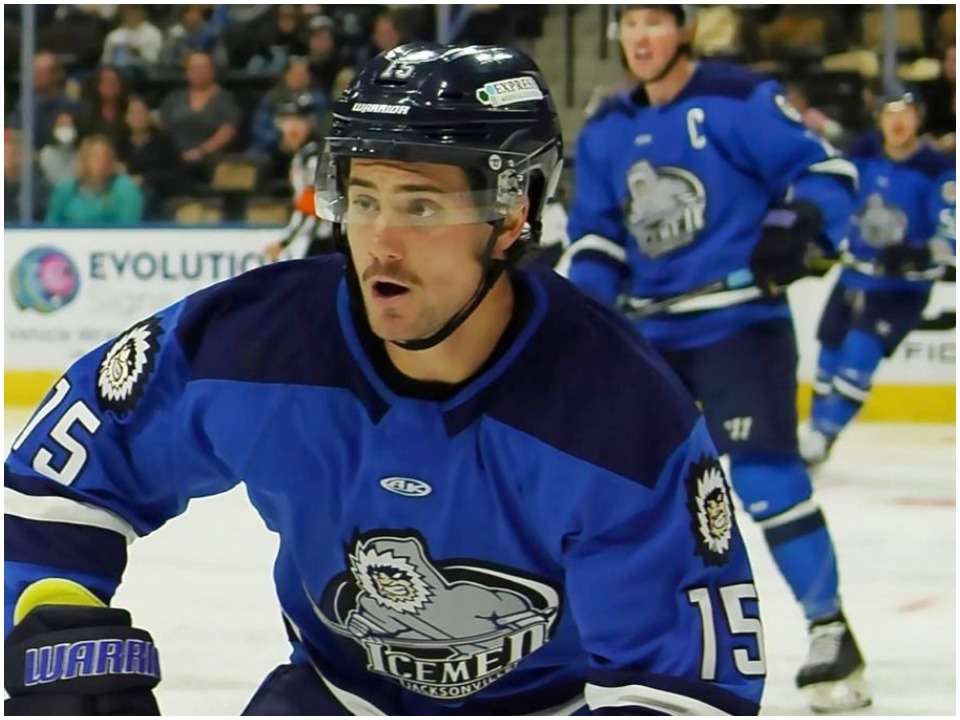 Jacob Panetta is a professional Ice Hockey player from Canada. He is a talented defenseman and is currently serving for Jacksonville Icemen which is a minor league ice hockey team in the ECHL in Jacksonville, Florida.

Jacob Panetta was born on 26th January 1996 in a city in Ontario, Canada named Belleville. He was born to his father – Vincy Panetta and his mother – Lisa trumpour Panetta. Jacob has two younger brothers Daniel Panetta and Matthew Panetta who have followed in his footsteps and become professional ice hockey players. He has never shared anything about his past life with the media, he likes to keep his personal life away from people’s eyes. Jacob has completed his schooling at a local high school however there is no mention of his school on the web. He completed his higher studies in the field of Political science at Colgate University at Hamilton, New York.

Jacob started playing hockey in 2010 when he was just 14 years old. Since then, he has played with many teams like Wellington Dukes, Colgate University, etc. But before being a hockey player, he has also worked as a laborer in Fairway Property Maintenance and as a Gas Dock assistant in Crate Marine. Jacob completed his summer internship with PRM Inc in May of 2020.

He made his debut as an ice hockey player in the year 2010, playing for the team ‘Quinte Red Devils UA15 AAA’ and a year later for ‘Quinte Red Devils UA16 AAA’. In 2012 he played for ‘Picton Pirates and joined ‘Wellington Dukes’ after a year, he served them for three seasons. He started playing for his Colgate University team in 2016 and played with them until he passed out. Jacob was signed by Jacksonville Icemen in 2020 and he still plays with them.

Jacob landed into a controversy when he was been accused of passing some racist gestures to his opponent player PK Subban. According to Subban, Jackob has made Monkey faces to him during overtime in a match and he even posted a proof video on Twitter of Jacob where he teased Subban. Later, Jackob apologized to Subban and told him that his action was never meant to be some racial gesture but Subban told that he didn’t want any pity from anyone. All the chaos resulted in the suspension of Jacob Panetta from Jacksonville Icemen.

Jacob Panetta is not married to anyone yet, he is an unmarried man. He is in a relationship with Aly Morris, he has never shared anything more about his girlfriend but she often comes to see Jacob on his match days. Jacob is a famous ice hockey player and is present on various social media platforms for his fans. He has an account Instagram under the username @jacobpanetta though his account is not yet verified. Jackob is also connected with his fans through his Twitter account @Jpanetta12 and has around 800 followers which will increase in the upcoming time.

He has a good career as a professional ice hockey player and he earns a decent amount of money from it. Jacob lives a wealthy lifestyle but he has not shared any data from which his net worth can be estimated.