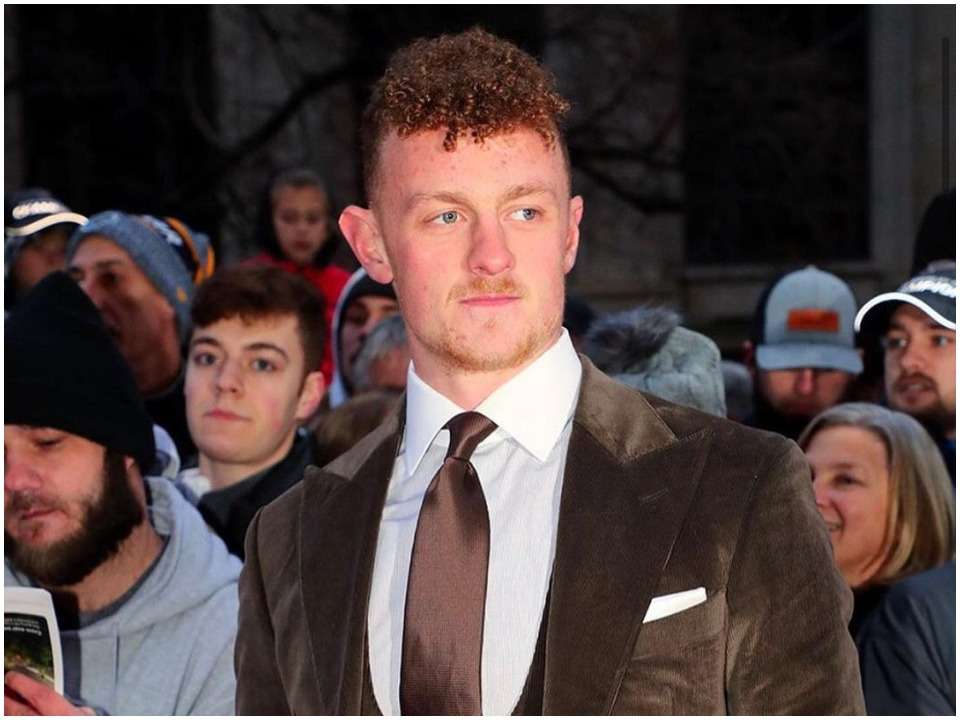 Jack Eichel is an American Professional Ice Hockey player, playing for Vegas Golden Knights an NHL team. Previously he played for Buffalo Sabres. His position is at the center and shoots with the right. In 2015 he was the recipient of the Hobey Baker Award. Recently he was seen in a match with the Boston Bruins in which they lost with a score of 2-5 but he made a score in the game.

Jack Eichel was born on 28th October 1996 in North Chelmsford, Massachusetts, United States. The names of his parents are Bob Eichel and Anne Eichel. He also has a sibling whose name is Jessie Eichel. At a young age, he showed interest in playing sports. Jack went to Pioneer High School and Chelmsford High School and completed his high school studies. Later for his higher and further studies, he went to Boston University. He used to play hockey at his school and University.

Jack started his career in 2012 by playing at USHL League for U.S. National Development Team. Next year he played 24 games for USHL. On 29th April 2014, he signed a letter of intent to commit to Boston University of the Hockey East. He played 40 games for Boston and scored 26 goals, 45 assists, and 71 points. In 2015 he entered the 2015 NHL Entry Draft and was selected second overall by Buffalo Sabres. In 2015 he played 81 games and scored 56 points, 24 goals, and 32 assists.

From 2016 to 2021 he played with Buffalo against many teams like Ottawa Senators, Carolina Hurricanes, Chicago Blackhawks, Detroit Red Wings, Vancouver Canucks, and other teams. During this span, he was seen in 294 games and scored 115 goals, 184 assists, and 299 points. On 4th November 2021, he was traded to Vegas Golden Knights in exchange for Alex Tuch, Peyton Krebs, and first-round & second-round draft pick. Recently in 2022 he played a match against San Jose Sharks and scored his first goal. They even won the match with a score of 4-1.

Jack committed into a relationship with Erin Basil after they met via a mutual friend from Western New York. They hang out a lot and never resist flaunting their relationship on social media. She is also spotted at the games cheering for her boyfriend. In 2021 Erin is working full time as a Business Development representative for PerfectServe. Jack is active on social media and uses it to upload pictures of him. He also likes to upload pictures with his family, friends and pre, post, during games. On his Instagram account, he has 241 thousand followers. He does not have a Twitter account.

Jack Eichel has earned a lot in his career as a professional ice hockey player playing for NHL teams. By winning matches he receives the prize money. He also earns from various brand endorsements. According to sources his net worth has been estimated at around $30 million.