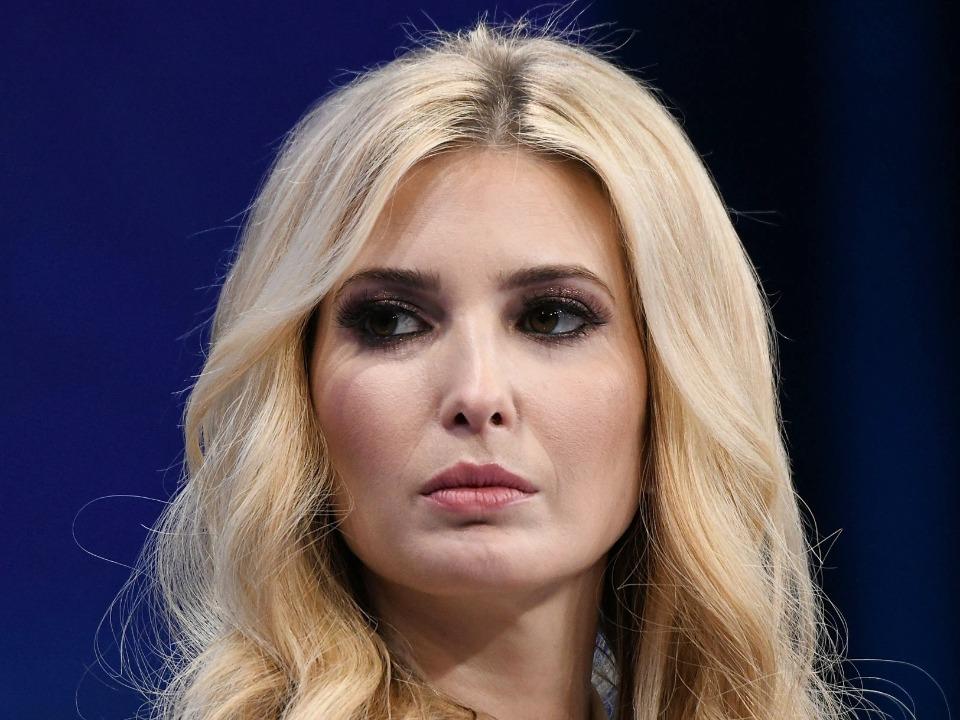 Ivanka Marie Trump is Donald Trump’s second and “favorite” child working as Advisor to the President (her father Donald Trump). She has made several TV appearances, has done modeling and brand business, also written 2 books which boost her experience of work. She has been honored with Joseph Wharton Award for Young Leadership by her school’s alumni association in 2012 and Fashion Award for Excellence in Accessory Design in 2016. Other than these she is also a Philanthropist and her father has donated huge amounts of money to the charities she support.

Ivanka is Donald Trump’s second child with his first wife, Ivana Trump. She was born on the 30th of October, 1981 in Manhattan, New York City. When she was just 10 she had to see her parents part their ways. Other than her parents she has two brothers, Donald Trump Jr. And Eric Trump. Also, a half brother and a sister named Barron and Tiffany respectively.

Until 15 years of age, she was attending Chapin School in Manhattan itself but later had to switch to Choate Rosemary Hall based in Wallingford, Connecticut, however, she didn’t like that school at all and characterized it as a “prison” while being jealous of her friends as they were having fun in New York. After she completed her graduation in 2000, next she went for a bachelor’s degree in economics for which she attended the Wharton School of University in Pennsylvania, but also attend Georgetown University for a period of two years for the same.

Initially, Ivanka preferred to work as a real estate project manager for Forest city enterprises. She joined The Trump Organisation in 2005 as the executive vice president of development and acquisitions. She went under a partnership deal with Dynamic Diamond Corporation, a company established by a diamond vendor Moshe Lax, for crafting ‘Ivanka Trump Fine Jewellery’, a line of diamond and gold jewels at her flagship retail store in Manhattan. In 2012, in the month of December, she was elected by 100 Women in Hedge Funds for their board.

Her flagship store had appeared closed on the 2nd of October in 2015. One year later in 2016 her only dedicated flagship boutique and retail shop were located at Trump Tower in Manhattan in New York City. However, her brand was also available at Hudson’s Bay and fine-jewelry stores across the US and Canada in countries such as Bahrain, Kuwait, Qatar, Saudi Arabia, and the United Arab Emirates. She even has her own line of products such as clothes, handbags, shoes, and other accessories available in Hudson’s Bay and Macy’s stores majorly in the US and Canada.

She is alleged of copying other designers’ work and using them for her brand. An allegation on her also states that she uses fur from rabbits, which was made by PETA and Animal Rights activists. After seeing the poor performance of her brand’s products, the store chains like Neiman Marcus and Nordstrom stopped selling her products, however, the real reason behind their move was months of poor sales because customers boycotted her brand in 2017, on 2nd of February. 7 days later, Kellyanne Conway, a presidential advisor made controversy by encouraging Fox News viewers to purchase her retail products.

During June of the same year, while investigating the Huajian International three people were caught with an organization called China Labour Watch were arrested by Chinese authorities. Huajian produces shoes for several companies including Ivanka’s, so the Trump organization called for their release. Finally, in 2018 she declared that she will terminate her business and make a career in public policy. Apart from business, she has also left her mark in other career fields like modeling, television appearances, and writing books.

Ivanka’s mother, Ivana stated that she used to do modelling on weekends and school holidays during her teenage years while studying in the boarding school. Ivanka was featured in print advertisements for Tom Hilfiger and season jeans, also in May 1997she was on the cover of Seventeen which ran a story on celeb moms and daughters. She was also featured in women’s and special interest publications in “soft-hitting” profiles which had its focus on “looks, lifestyles, and product lines” and was also featured on the cover of some issues, such as Harper’sBazaar, ForbesLife, Golf Magazine, Town&Country, and Vogue. Also to mention here another feature on the cover of Stuff in August 2006 and again in September 2007.

Ivanka was a replacement for Carolyn Kepcher in five episodes of the fifth season on the program ‘The Apprentice’. She had collaborated with Sean Yazback, who is the winner of the 5th season for the Trump SoHo Hotel-Condominium project. She again replaced Carolyn for the sixth season as the primary board room judge and the follow-up iteration of the show Celebrity Apprentice. Other than that she appeared for 3 more times, first in 1997 when she was 15 as the co-host of the Miss Teen USA pageant. Next in 2006, as a guest judge on season 3 of Project Runway and season 4 of Project Runaway All-Stars, and lastly in 2010, when she portrayed herself briefly along with her husband in 6th episode of 4th season of Gossip Girl.

She published her first self-help book co-written by ghostwriter Daniel Paisner, named as The Trump Card: Playing to Win in Work and Life in October 2009. Her 2nd self-help book named as Women Who Work: Rewriting the Rules for Success, which debuted in the number four spot in the “Advice, How-to, and Misc” category of The New York Times Best Seller List and was published in May 2017. Unfortunately, the book lost it’s spot two weeks later and faced negative criticism. Apart from all these she also helped her father in his presidential campaigns of 2016 and 2020 by endorsing and defending him and making appearances on behalf of his father. Currently, she is working as an official unpaid employee, as an Advisor to the President.

Ivanka was initially dating an investment banker Greg Hersch, who works at Salomon Brothers, Bear Stearns, and UBS. She had a nearly four-year relation with him during her college days. During the period of 2001-2005, she dated James “Bingo” Gubelmann. Then she started dating Jared Kushner a real estate developer she had met through mutual friends. However Jared’s parents raised objections which led to their breakup in 2008, but they reunited and got married to each other in 2009. They have 3 children named Arabella Rose (born in 2011), Joseph Frederick (October 2013), and Theodore James (March 2016).

New York attorney general Barbara Underwood filed a civil lawsuit against the Donald J. Trump Foundation, whose board included Ivanka until the Foundation dissolved for being alleged of “persistently illegal conduct” regarding its money. Donald Trump had to pay $2 million as a settlement for misusing the foundation for their own purposes. She also supports other charities such as Chai Lifeline, and United Hatzalah by donating them big amounts.

Ivanka has aced herself in many career fields such as public policy, modeling, television appearances, and her own brand business. She has gardened an estimated net worth of $375 million for herself.