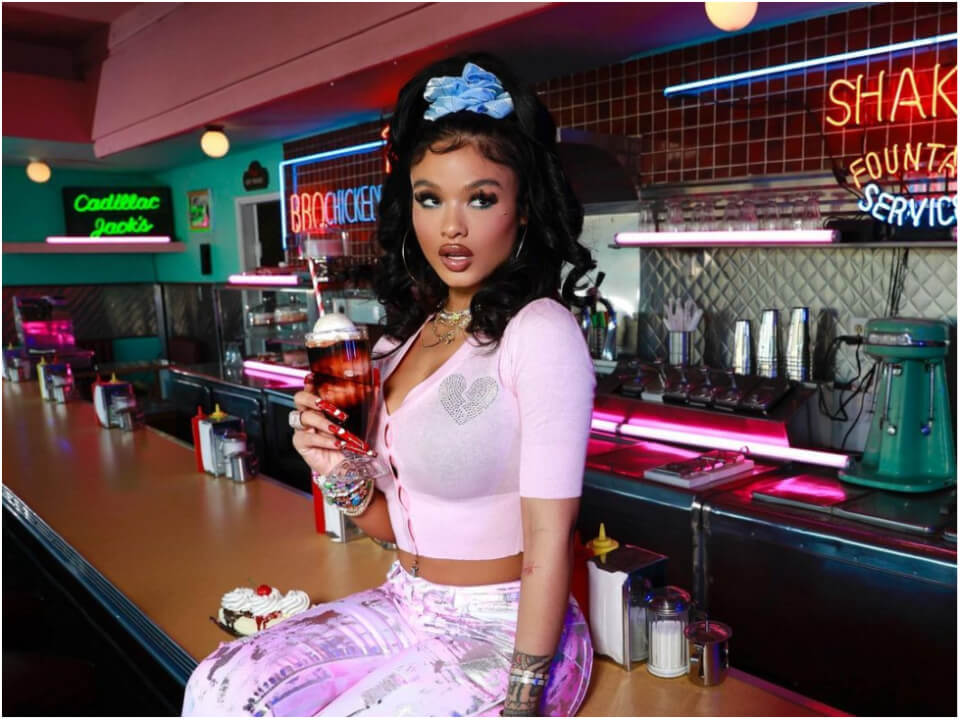 India Love is an American Model, Reality TV series personality, and model. She is known for her reality series named The Westbrooks. In 2017 she was honored with the All Def Movie Award. Recently she has gained limelight for being in a relationship with Devin Haney as their relationship has gone through a rollercoaster ride.

India Love was born on 3rd February 1996 in Compton, California, United States. The names of her parents are Warren Westbrooks and Candy Westbrooks. She has two brothers and 4 sisters whose names are Blake, Pop, Brooke, Bree, Crystal, and Morgan. She has completed her schooling at Santiago High School. Later the details of her higher and further studies have not been revealed to the media yet. She must have pursued a course in fashion or make-up by looking at her career.

India Love started her career in 2011 by creating various accounts on social media to upload content. In 2011 she created her first Tumblr page but was a struggle to run the same cause of hackers. She earned a huge following by uploading various blogs. She has also released some singles titled as #Pretty, “Talk Yo Sh!T, and Loco.  It is also known that she starred in Black Eyed Peas’ music video named Boys & Girls and also went on tour with them.

Along with that she also started modeling for various brands. In 2015 she was seen starring in reality series named The Westbrooks. Moreover, with her rise in popularity, she was also seen in various TV series or documents. Some of the series is titled as The After, Only in America with Larry the Cable Guy, The Big Brain Theory, and many other shows. She worked in various filed of producing these shows’ projects.

She is a well-known social media personality. She is active on various social media applications like Twitter and Instagram. In April 2012 she joined Twitter and earned 183.4 thousand followers. On her Instagram account, she has earned 5.2 million followers and 697 followings. Her posts are filled with pictures of her boyfriend, modeling shots, lifestyle, family, and friends.

She has been in various relationships and created controversies about the same. The controversies were not that series, but she has been in a relationship with various personalities. Some of her past ex-boyfriends are The Game, Ron Robinson, Soulja Boy, Justin Combs, Rick Ross, Cliff Dixon, Brandon Wimberly, and many more. She has a long list of ex-lovers. Currently, she is in a relationship with Devin Haney who is a boxer and they have known each other since childhood.  The couple enjoys posting content about each other on social media. They have even gone through a breakup and started dating again.

India Love has earned a lot in her career as she also lives a fancy lifestyle. She earns by posting content on social media with an aim to promote them. Along with that, she seems to earn from her modeling and reality series as well. According to sources her net worth has been estimated at around $1 million.