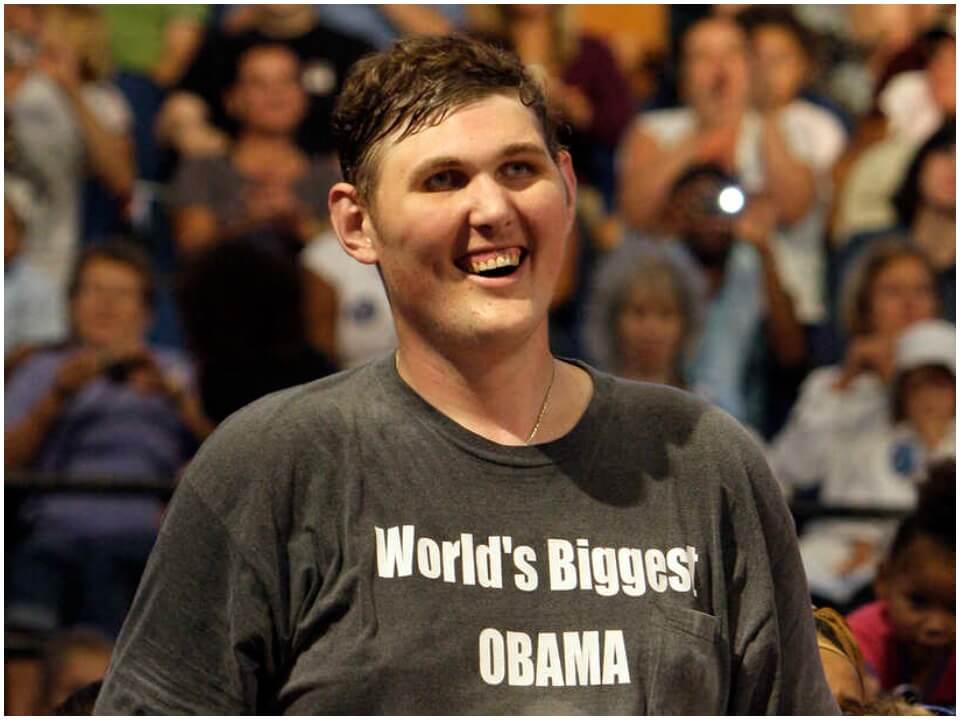 Igor Vovkovinskiy was also known as Igor Ladan who was a law student and was recorded as the tallest living person in the United States. He attained an above-average height of 7 feet 8+1⁄3 inches or 234.5 cm. Igor performed during the Eurovision Song Contest in 2013. He originally belongs to Ukraine but had to move to Rochester in 1989 due to his treatment at Mayo Clinic. During that time, he already attained a height of six feet.

Igor Vovkovinskiy acted in many commercial advertisements and films including Hall Pass-the comedy film that was released in 2011. He became a conventional figure wearing a T-shirt that read “World’s Biggest Obama Supporter”. He joined the famous singer Zlata Ognevich in representing Ukraine in the 2013 session of the Eurovision Song Contest. Igor Vovkovinskiy was surmounted with the title of the tallest living man in the United States by Guinness World Records in 2010.

Vovkovinskiy’s height was because of his tumor pressing on his pituitary gland causing the growth hormones to get released in excessive amounts. At the time of his birth, he was 11 pounds and within a year, his height reached 3 feet and 50 pounds. By the time when he turned 7 years, this measure went to 6 feet 1 inch and 219 pounds respectively. We don’t have the latest numbers of his weight because no mainstream media reported it online.

Igor Vovkovinskiy was 27 years old when he gained the title of the tallest man living in the United States. He knocked the previous record-holder Virginia deputy sheriff George Bell by 1/3rd of an inch. Once he revealed that he needed lifesaving heart surgery but was unsure whether he would survive the operation or not. On Wednesday, 18th August 2021, the tallest living man posted a video on YouTube saying that he needs surgery to fix the medical condition he was born with. The 37-year-old tallest man burst into tears saying that he didn’t know what will happen in the next few hours as he would be hospitalized and didn’t know up to what time he would be hospitalized.

He was astonished whether he would survive the surgery because he was unaware of such type of surgery on such a big man like him. He had a tumor that was extensively affecting his pituitary gland in the brain. The pituitary gland was responsible for secreting the growth hormone that made him reach this much height. Because of the difficulty to operate on such a big man, the tumor couldn’t be removed and that meant that he would not stop growing further, as reported by his medical conditions. He also revealed that he had no idea that what would happen in the next few days or for the rest of his life.

Because of his height, he never had a girlfriend and remained single till his last breath. He stated that it was quite embarrassing for him to answer 15K people when they asked how tall you actually are or what size is your shoe? He just turned red and start stressing and sweating and just ignore them instead of answering those questions.

Igor Vovkovinskiy Cause of Death

In 2019, he revealed on his YouTube channel that he was going through a heart treatment. Later, he was hospitalized for heart disease and died on 20th August 2021 at the age of 38. He already knew that he won’t be able to survive the operation! According to his mother and brother’s statements, he died because of heart disease.

Just a few minutes before his death, he spent his time with his brother’s family and had his last dinner which further included Kyiv cake and Fanta. He moved to Rochester because of his illness in 1989, as said by his Facebook page. He was born with the rare disease pituitary gigantism which he remarked in his statement while shooting for “The Dr. Oz Show” in 2010. He exhibited a heart failure unit with which he was born and he got to know about this a couple of days ago that he needed surgery to fix the medical condition, he said in his YouTube Channel.