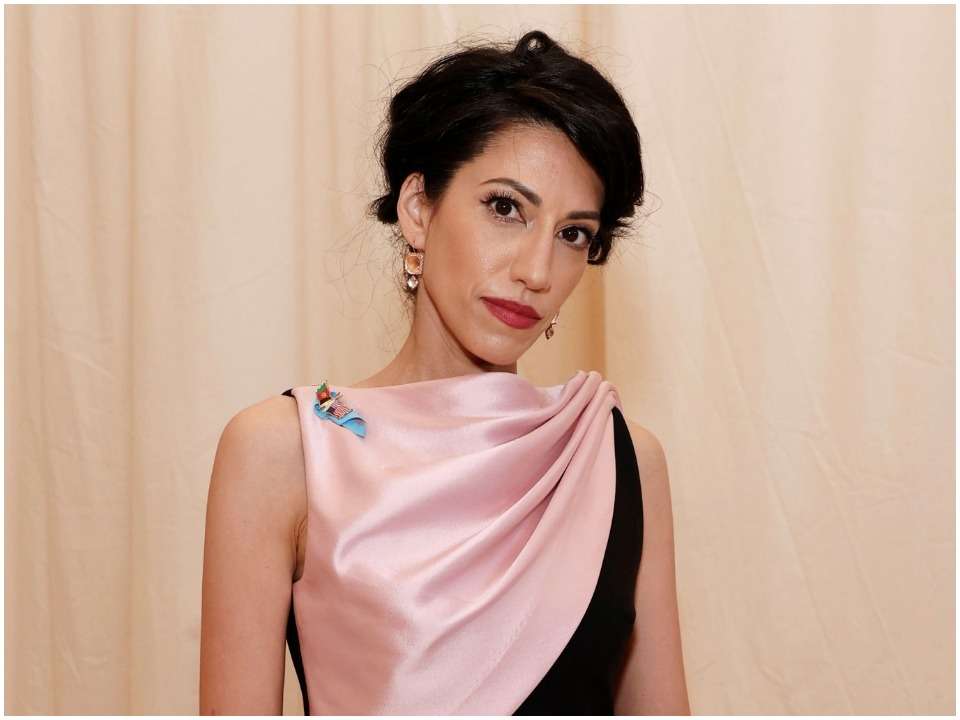 Huma Mahmood Abedin is an American Political staffer famously known for her work at Hillary Clinton’s Presidential campaign in 2016 as a vice-chair. Her work with Clinton has been recognizable since she was the US Secretary of state.

Huma Abedin was born on 28th July 1976 in Kalamazoo, Michigan, USA. She is the daughter of Syed Zain Abedin and Saleha Mahmood Abedin and is of mixed ethnicity as her parents are descents of India as well as Pakistan. Abedin follows the Islam religion and grew up with her sibling sister and brother in Saudi Arabia. She moved to the USA to attend college and has since been settled in the states. Her parents worked as educators and met for the first time at the University of Pennsylvania.

Her father was the founder of the Institute of Muslim Minority Affairs and Journal of Muslim Minority Affairs which was later looked after by her mother after he passed away in 1993. Huma completed her school education from several schools as she frequently transferred to different places. She is known to have attended a British Girls school as well. However, for her college studies, she joined George Washington University and graduated with a degree in Journalism and political science.

In 1996, Huma started working as the associate editor of the Journal of Muslim Minority affairs started by her family, and looked after its affairs till the year 2008. Meanwhile, she also worked as an Intern at the White House where she first started working for Hillary Clinton. She later started officially working in the office of Hillary Clinton and became her personal advisor in the 2000 US senate campaign. Huma continued as her traveling chief on the 2008 Democratic presidential nomination and as an advisor to the Middle East. She left her position at the Journal of Muslim Minority affairs in 2008 and went on to work as deputy chief of staff to Hillary Clinton in 2009.

Later, she held the position of a special government employee and as a paid consultant to the Clinton Foundation. In 2013, she left her job at the State Department and set up her own private consulting firm Zain Endeavors LLC. Later in 2015, she also worked with Hillary Clinton on her 2016 Presidential campaign as a personal assistant. Recently, she authored a memoir book titled Both/and: A life in many words which is set to be released in November 2021. Her book has already gained a lot of attention for its details and one of which talked about how she was once assaulted by a US Senator.

Huma Abedin is currently married to Anthony Weiner, a former US representative in 2010. She also became a mother to her firstborn whose identity isn’t yet publicly done. However, in 2017, she got separated from her husband due to sexting allegations and filed for divorce in 2017 but later settled without it privately. Huma is highly active on Twitter where she currently has 74.7k followers. She also has an Instagram account where she has 9575 followers. She is not known to be on any other social media platforms.

Huma is known to be involved in several controversies over the years relating to her work. She was made the center of an inquiry for working in four different jobs during her job at the US state department after which her emails and employment records were also made public to check details about her being a special government employee. There was also an FBI investigation after some officials stated that some information about the 2012 Benghazi Attack was found in her e-mails. Recently, after her book was released early to The Guardian, another controversy centered about her mention of being sexually assaulted by an unnamed US Senator who had tried to kiss her without her consent during a Dinner.

Huma Abedin is known to lead a lavish lifestyle and is known to earn a lot of money through her career as a political staffer. Her net worth as of 2021 is estimated to be around $4.5 million.