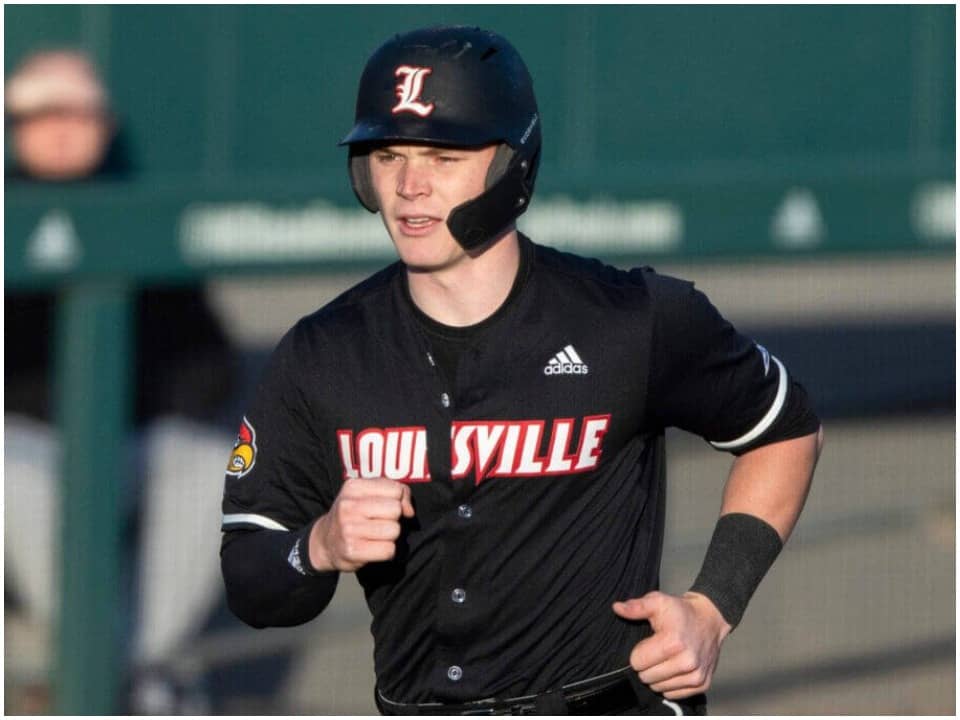 Henry Davis is an American Professional baseball player who was recently drafted as a catcher for the Pittsburgh Pirates at the 2021 MLB draft. He had a successful high school career and earned various titles.

Henry was born on 21st September 1999 in Bedford, New York to his parents Christopher and Andrea Davis. He grew up with his two siblings sister Olivia and Morgan. Henry has always been interested in baseball and has received a lot of inspiration and motivation from his parents and he is currently 21 years old. Henry is known to have attended Fox Lane High School in Bedford, New York, and graduated in 2017. He then enrolled himself at the University of Louisville where he continued collegiate baseball with the team and is majoring in Sports Administration. He did not pursue his senior year of college and instead went ahead with the 2021 MLB draft.

Henry started playing baseball in high school where he maintained great form throughout the years and in his senior year, he also became the Perfect game New York Player of the year also earned the honors of All-state and Section 1 player of the year. He then went on to continue collegiate baseball at the University of Louisville and helped the team win several matches in his freshman season. He also played at the Cape Cod Baseball League in 2019 with the Bourne Braves team.

In his sophomore year he maintained his form although the season was canceled due to covid19 and the in his junior year, in 2021, he played in 50 matched and scored 15 home runs which made him the All-Atlantic Coast Conference First team. Davis also received the All-American Honour. In the recent MLB draft 2021, Henry went as a prospect and did not attend the senior year season of college baseball. He was selected by Pittsburgh Pirates as a catcher and became the No1 overall pick in Louisville baseball history.

Henry has an Instagram account with 11.5k followers but is not very active and has only made 22 posts so far mostly relating to his baseball career. He also has a Twitter account since 2014 where he currently has 1643 followers.

Henry has not shared anything about his personal life or relationships. Moreover, he has not posted anything on his social media either and is thus believed to be single. He is fond of great movies and music and his favorite movie is Pursuit of Happiness. He is also interested in shooting and loves to travel and go on treks.

Henry has only recently started his professional baseball career and has not made any regular income through collegiate baseball. He has signed a contract with Pittsburgh Pirates and he is also going to earn as a professional now. As of now, his net worth is estimated to be around $600,000 including that of his family.

Henry is a young and driven sportsperson who works hard to achieve his dreams. He has always wanted to play baseball and has now made his dream come true. His efforts have led him where he stands today and he is highly appreciative of everyone’s support and efforts who have encouraged him throughout his journey. With new beginnings, we wish him luck in the future.