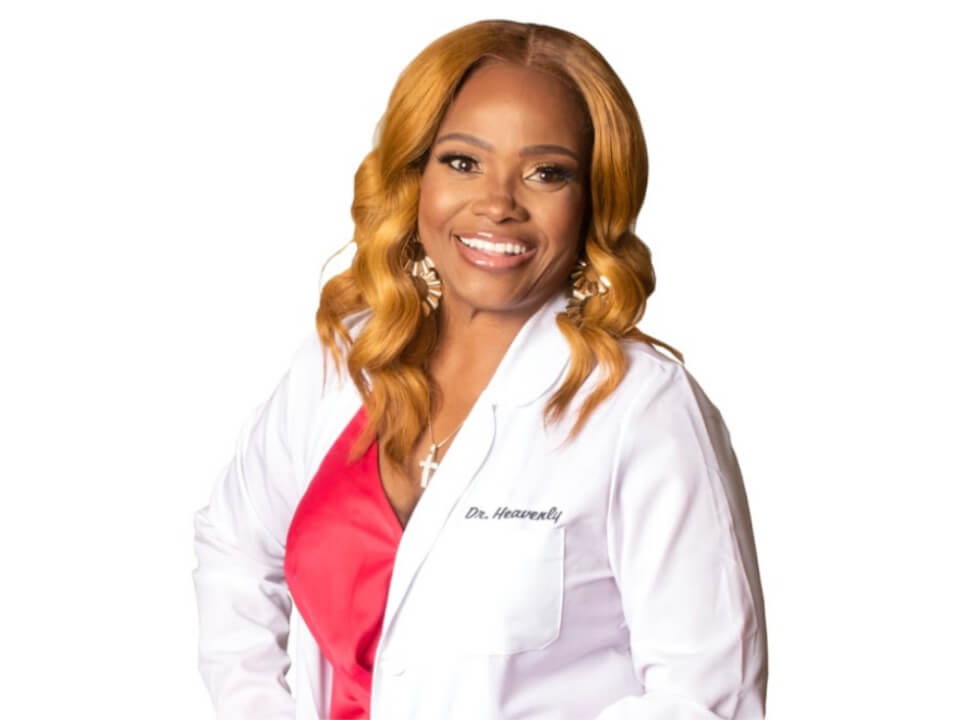 Heavenly Kimes is a personality from Atlanta and is the leading dentist known for her billionaire businesses, and other professional works in the line of authoring books. Despite this, she is also a motivational speaker, relationship expert, and business powerhouse. She is famously known for her multi-business holding capabilities. She calls herself an experienced chief executive officer with a history of working in the health and fitness industry.

Kimes is experienced in the line of dentistry holding wide experience in Sedation, Laser Dentistry, Prevention, Dental Care, and Dental Surgery. She is also a TV personality known for her appearance in “Married to Medicines”- an American reality TV show that revolves around the story of seven women of Atlanta in the medical industry. She was highly criticized after she hosted a grand party after receiving fame from the reality TV show.

Heavenly was born on 17th November 1970 and grew up in Miami, Florida. She is a graduate student of Meharry Medical College, from where she received her doctorate in dental surgery. Kimes has also earned a bachelor’s degree in biology with minors in chemistry and military science. She is the recipient of her bachelor’s degree from Florida A&M University.

Heavenly Kimes has specialized her practices in cosmetic dentistry, veneers, full arch, single implants, and more. She is the owner of her self-funded company or a small dentistry business that is known by the name Smiles by Dr. Heavenly in Atlanta. She is an active member of the different dentistry societies namely the American Academy of General Dentistry, Academy of Implant Dentistry, and National Dental Assn. and the Georgia Dental Society. Kimes is most recently practicing her dentistry at her dentist show- Smiles by Dr. Heavenly. She is a multi-billion dollar personality, holding at least 9 different businesses with seven out of them being sold.

Kimes has also launched her own dental line helping deal in dentistry products, and health and beauty things. Among the various other professions, she is also called the author of a self-help book named “Wake Up … Live the Life You Love”, and has also launched her informative book by the name “Dr. Heavenly’s Business Prescriptions”, in which you can read her advice and guidance over the complex business concepts. She is famously known for her straight talk and strategic expertise which makes her able to thrive in various businesses. She also gives guidance and explores her success stories, helping others to achieve the same by giving guidance on similar topics.

Dr. Kimes majorly made her fortune by running several dentistry businesses and the best thing is that she calls herself the owner of only one business “Smiles” as it is what she loves the most. She is also available on Instagram with her page by the name of her dentist shop. She has received great responses from the side of ordinary people and other dentists in Atlanta. Kimes released her book in 2012 and thereby reached another ladder of success with the professional line of authoring books. She has also launched her at-home teeth whitening system and also sells her dentistry products through her product line.

Dr. Kimes is a happily living married woman with her small extended family of 8 members, including her husband, her three kids, and three dogs. She used to share her dentistry businesses, success stories, and business expertise through her seminars and conferences on DrHeavenlyUniversity.com.

Heavenly Kimes is a millionaire personality and is known to own an expensive mansion in her name. The mansion includes a smart kitchen, a basketball and tennis court, a YouTube studio, and a four-car garage in which she has parked at least three Mercedes. The mansion is known to be spread over an area of 14000 square feet with million dollar price on the market. According to her LinkedIn profile, she calls herself only the business owner of her dentistry shop Smiles by Dr. Heavenly she owes in Atlanta for around 19 years.