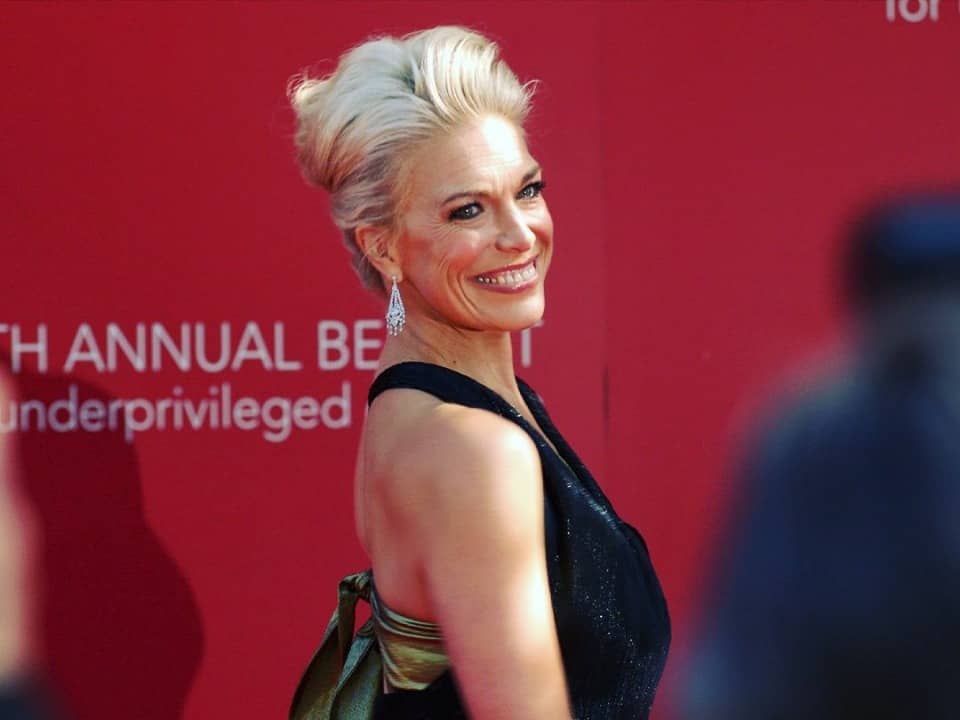 Hannah Waddingham is an English actress and singer famously known for her work in a theatre production of The Wizard of Oz, Spamalot, and in movies and shows like How to lose friends and alienate people and Game of Thrones. She is currently starred in the comedy show Ted Lasso and is set to appear in the 3rd season of the show.

Hannah Waddingham was born on 28th July 1974 in London, UK to her mother Melodie Kelly but information about her father is unavailable. Her mother and her family belonged to singing backgrounds and was an Opera singer. She started singing early on in her childhood years inspired by her mother and grandparents. She was always great on stage and loved performing. Hannah has not shared much about her early education but it is believed that she completed her high school education at a local high school in London. She also attended the Academy of Live and Record arts where she took her training in drama and performing.

Hannah started her career in London theatre after she graduated from the Academy of Live and Record arts and started performing in plays and musicals productions like Space Family Robinson in 2002 where she portrayed the role of Starbird. She also played the role of Suzanne in the play Lautrec and of Lady of the Lake in Spamalot. She also started performing on Broadway. In the early 2000s, she released her first singles named Our Kind of love in the UK singles chart. She started appearing on television shows in 2002 and her debut role was in the show Coupling. She then appeared in shows like My family, My Hero, Marple, Doctors, partners in crime, etc. Her most famous role on tv was in the show Game of Thrones where she appeared in the recurring role of Septa Unella from 2015 to 2016.

In 2008, she debut as a film actress in the movie How to lose friends and alienate people in the role of Elizabeth Maddox followed by a minor role of factory worker in the 2012 movie Les Miserables. Her portrayal of Desiree in the play A little night music and in the musical named Night music helped her gain a lot of recognition and praise. She later played the role of the Witch in the production of the play Into the Woods in 2010. Hannah became well known for her role as a witch after she portrayed the Wicked Witch of the west in the play The Wizard of Oz in 2011 at the London Palladium theatre. She is also known for her performance in the play Kiss Me, Kate at the Chichester Festival theatre in 2012.

Hannah currently has 106k followers on her Instagram account and is very active on the platform and shares pictures from her sets, behind the scenes, with fellow actors, and with her family. She is also active on Twitter and currently has 74.7k followers. Other than this, she is active on Tik-tok as well as Snapchat.

Hannah Waddingham is currently single and recently broke her relationship with Gianluca Cugnetto, food and drinks guru who works with premium bars and restaurants and on luxury restaurant shows. The two dated for several years until parting ways recently. The two did not get married but have a daughter named Sarah Waddingham born in 2014.

Hannah Waddingham has been working as an actress and singer for several years and has seen great success and fame in life. She has been part of several movies, tv shows, and theatre productions through which she earned a lot of wealth. Her net worth as of 2021 is estimated to be around $5million.