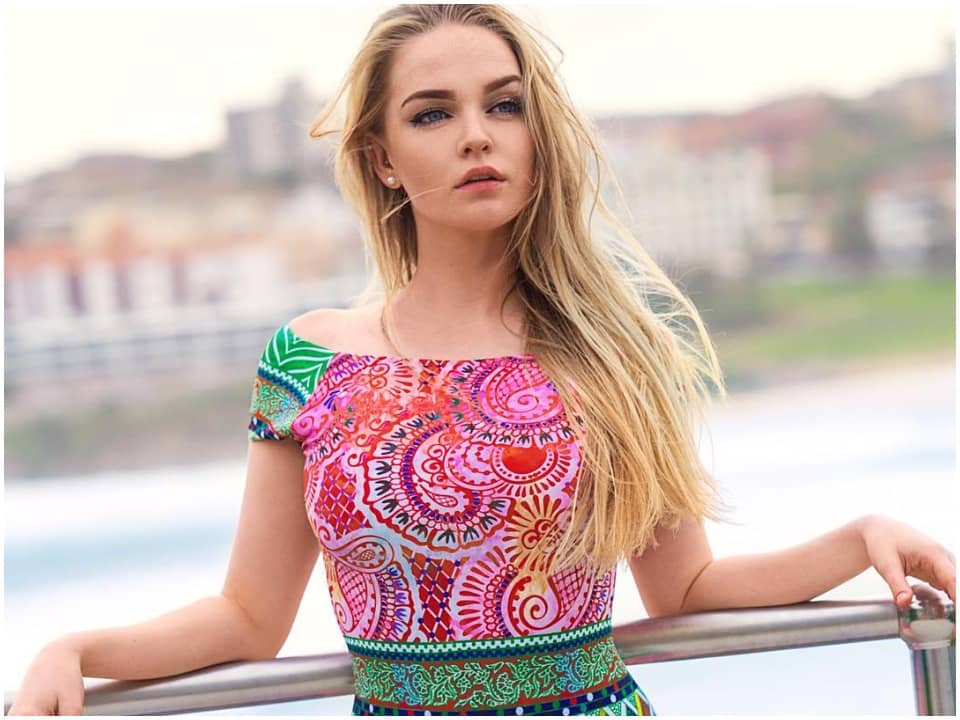 Hallea Jones is an upcoming Canadian Actress famously known for her work in the movies Let it Snow and Locke and Key. She is known as one of the most anticipated up-and-coming actors and her work is the true example of her sheer talent.

Hallea Jones was born on 7th April 1997 in Toronto, Ontario, Canada. She was born in a white Caucasian- Christian family and holds Canadian citizenship. She grew up with her sibling brothers Austin Jones who is a producer and instrumentalist and Kai Jones. However, she has not shared any information about her parents but she is known to have grown up in a musician family. Hallea completed her high school education from a local high school in Toronto and later for her college education; she went on to join Earl Haig Secondary College and finished her graduation in Acting, Entertainment, and drama.

Hallea started her career as an actress, model, and entertainer in 2017 when she signed with Robyn Friedman –Compass Artist Management Company. She started auditioning for different roles in television as well as films. She secured her first-ever role in the 2018 series Workin Moms as a Pilates Trainer for a few episodes. Later, the same year, she appeared in a short film titled F*ck War. The following year, she was cast in the American tv show The Hot Zone in the role of Anita and in The Boysfor a brief role. The same year, she changed her management company and signed with Marion Kammer at Buchwald LA.

She then got her breakthrough role in the 2019 movie Let It Snow in the role of Madison. In the more recent years, she appeared in the 2020 movie Charity in the role of Madison and also got her most successful role and appearance as an actress in the Netflix Original show Locke and Key the same year. Her performance in the show was highly praised and she immediately gained a lot of fame as Eden Hawkins in the show. She is currently starring in the recently renewed season 2 of the show with a lot of character development and exciting plot and is also simultaneously working on her anticipated appearance in the movie 58 as Carolyn Odell.

Hallea is highly secretive about her personal and dating life and has not shared ay thing about her relationships. She has never been rumored to be in any relationships in past and is currently believed to be single. Hallea is highly active on social media and currently has 48.6k followers on her Instagram account. She is also active on Twitter since 2016 and currently has 1012 followers. On her Facebook page, she has a reach of over 800 people while she also has 106 subscribers on her YouTube channel.

Hallea Jones has been working as an actress, model, and singer for a few years and has been earning a handsome income. She has been living a comfortable as well as luxurious lifestyle and her net worth as of 2021 is estimated to be around $1.2 million however, the information has not been confirmed.