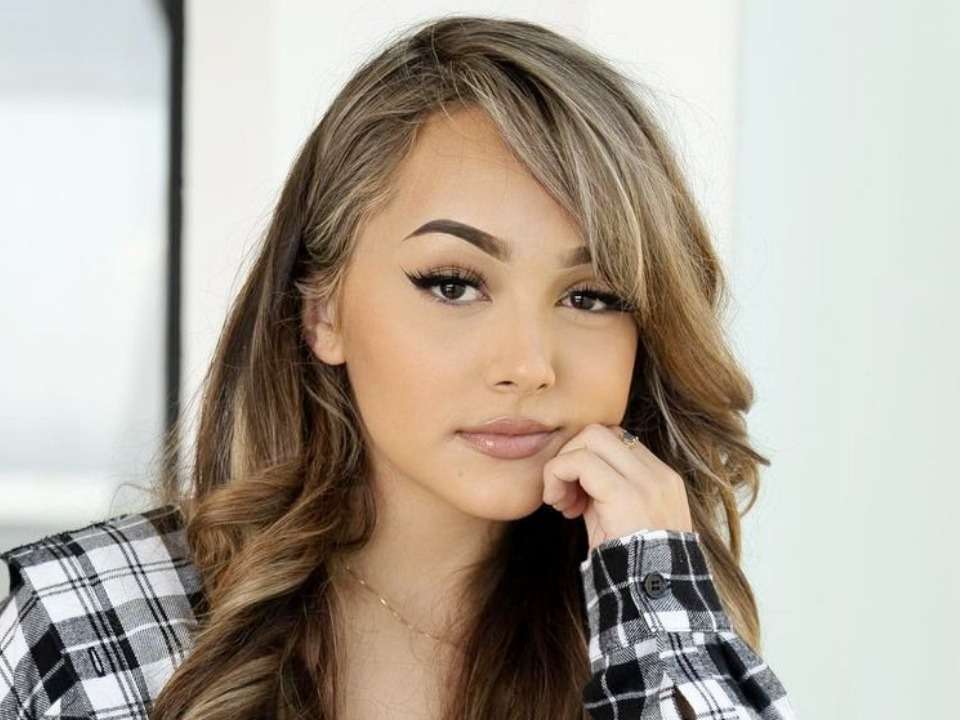 The California-based YouTuber and social media influencer, Hailey Orona is well known for her Instagram account named real.ona on which she has nearly 2.7 M followers. She gained popularity from TikTok where she uploaded her lip-syncing and dancing videos. Hailey also runs her own self-titled YouTube channel where she vlogs, posts challenge videos and shares Q&A videos to keep her fans intact. At such a tender age of 17, Hailey has managed to set up a successful career for herself.

She was born on December 24, 2002, in Upland, California. She is of Mexican descent and has been raised along with her six siblings, three brothers, and three sisters. Hailey is the second youngest of her siblings. Not much is known about his family, but it is known that her father was a semi-professional soccer player. Hailey’s parents divorced in 2005 and she along with her one brother and sister were raised by her mother in Ontario.

It is known that Hailey maintains a close bond with her siblings and family because Hailey has featured her brothers Hope, Luigi, and Giovanny in some of her posts and videos. Hailey is a big soccer fan and has been playing soccer since she was just 5. She is also interested in dancing and she started dancing when she was 3. At present, Hailey is being homeschooled and lives in Los Angeles to pursue her YouTube career efficiently. She intends to become an entrepreneur and either open a dance studio or launch a makeup brand after she grows up.

The famous internet sensation, Hailey Orona started her journey from TikTok where she used to post her videos. In 2015, she created an Instagram account named y.ton and she started attracting many fans by mid-2017. By October 2017, she had accumulated nearly 300K followers, but she discarded her Instagram accounted and created a new handle named Lil.ona. That account garnered over 460K followers in a few months and seeing this, she started with her self-titled YouTube channel. Hailey was not so lucky with her Instagram accounts because she lost the new account to hackers.

She shared the news on her YouTube channel and informed her fans about her new Instagram profile with the handle, real.ona. She gained over 200K followers within the first two weeks. By May 2018, she had already reached over a million followers. In 2018, Hailey was a part of the Boys of Summer tour alongside several other stars like Dylan, Alex, Jesse, Brandon, and others. In the very same year, she was even a part of another tour named, Light Out Tour. At only 17, Hailey Orona has managed to set up a successful internet career that many young people could only imagine of and her fans are a great source of her energy and motivation.

Hailey is very active on all the social media platforms and has gained a million followers worldwide. She has nearly 2.7 M followers on Instagram, more than 20K followers on Facebook, nearly 695K subscribers on her YouTube, and 68.5K followers on Twitter. Hailey runs her own self-titled YouTube channel where she vlogs, posts challenge videos, and shares Q&A videos. At only 17, Hailey Orona has managed to set up a successful career for herself and she is doing exceptionally well in her field.

The Instagram sensation, Hailey Orona is currently dating the Instagram star, Brandon Westenburg. She confirmed her relationship with Brandon in the summer of mid-2018.  Brandon is also from California and played soccer for Silverado High School. The couple usually tends to post about their relationship on social media and Hailey even posted a boyfriend tag video on her YouTube channel in which Brandon had to correctly guess the answers to her questions.

The young internet celebrity has a whopping net worth of $250,000. She earns around 22.7K annually from her online activities and she even earns from endorsements of products and collaboration with popular brands. At an age of 17, she has started earning enough and her net worth is expected to rise with her rise in career.