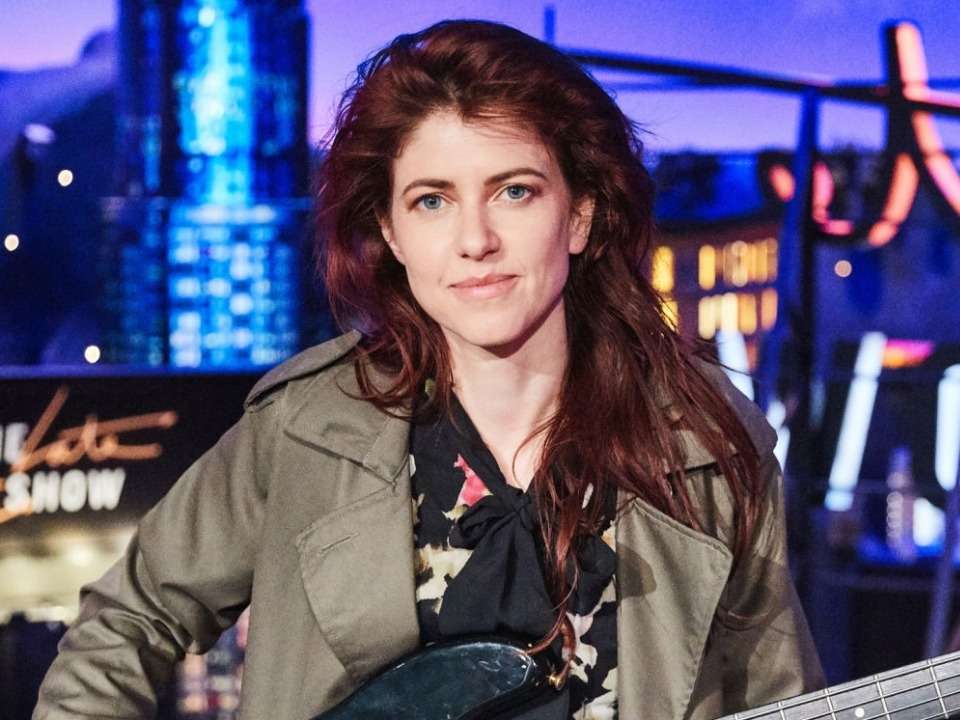 Hagar Ben Ari is known for performing on the chat show “The Late Late Show With James Corden” as part of their house band. She is a fiercely talented bass player and the only female member of the band playing on the left of bandleader Reggie Watts. With her guitar-playing talent, she is winning the hearts of Hollywood and left her home from Israel at the age of 23 to settle the things in New York.

Hagar Ben Ari was born in 1979 in Givatayim, Tel Aviv, Israel. Her father Carlos is a guitar teacher and thus made her pick up any instrument and start playing. When she was around 5 years old, she started with the recorder, which she played for 7 years and subsequently also played flute and guitar. In 2003, Ben Ari decided to move to the United States seeking greater opportunities.

Not much is known about her early life and family as she has never spoken about the same. However, from the reports, we get to know that she has a sister whose name isn’t just revealed as of yet. Hagar mentioned in an interview that, her father made her fall in love with music. There are no details about her educational qualifications, Hagar was interested in music from a young age and hence studied music as a professional in Israel.

Initially, Hagar played at weddings with her band for 3 to 4 years. By the time she was 19, Hagar got an opportunity to tour Europe and that is where she started off with her professional career working as a touring musician for years. When she was 23, she decided to settle in New York, the United States where she could pursue her dream of becoming a professional bass player. From 2010-2013 she toured with Sharon Jones and the Dap-Kings and then backed up singer Grace Potter, opening for Rolling Stones and filling in at Broadway Show Kinky Boots.

Later, Ben Ari moved to Los Angeles, and within few days she heard Reggie Watts who is the head of a band for The Late Late Show with James Cordon, is looking for a bass player. Soon in four days, after jamming for some time, Hagar started rehearsals with the band. To date, Hagar has worked with various artists such as Moby, Keren Ann, Karl Denson, Jim Campilongo, Elysian Fields, Daniel Marryweather, Pimps of Joytime, Noa, and Laurent Voulzy. Currently, Hagar is still performing at the television show The Late Late Show With James Corden.

Hagar is active on many social media platforms and even has a huge reach on Instagram. She goes by the username @hagarbenari with 20.6k followers and is often seen posting covers on her account. She is also active on Twitter with 5.8k followers.

Hagar met boyfriend Nadav Peled in Brooklyn even though he is also from Israel. Nadav is also a guitarist who joined Hagar right after she moved to Los Angeles. They have been together for quite some time and soon plan to marry.

Hagar Ben Ari has established a successful career as a musical artist and has performed for various artists around the globe. Apart from this, she also features on the famous talk show, The Late Late Show with James Corden. It is estimated that her net worth is around $1 million US Dollars.