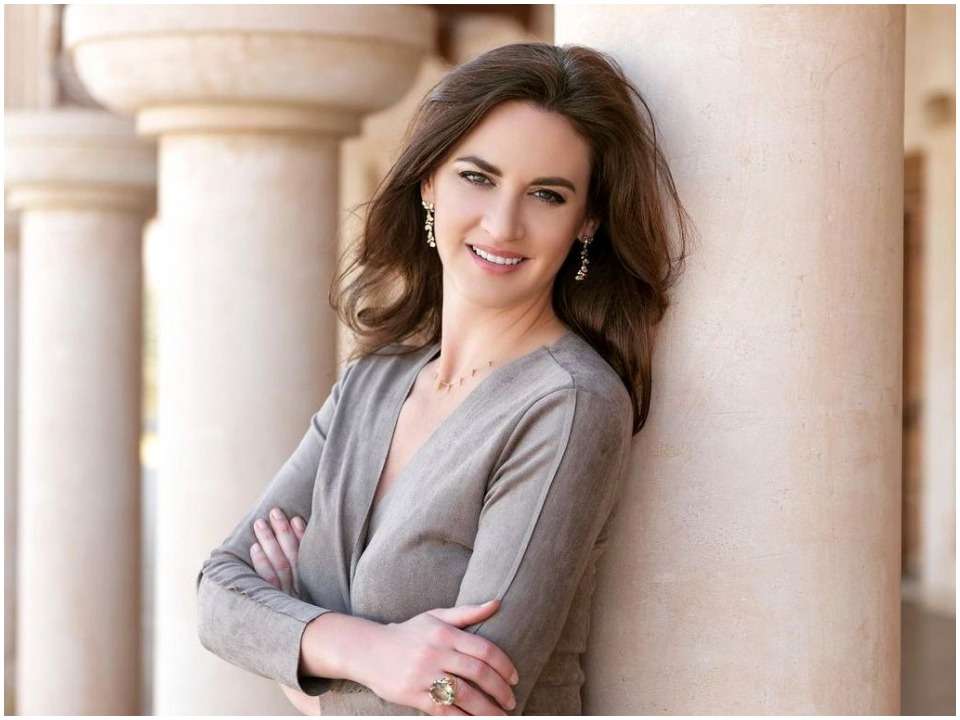 Hadley Gamble is an American personality who is an anchor at CNBC in Abu Dhabi. She caught the global media attention after interviewing Vladimir Putin last week where she was accused of “Sexual Object”.

Hadley Gamble was born on 10th September 1981 in Knoxville, Tennessee, and spent her childhood in her hometown. She went to Halls High School in Knox County and then enrolled at the University of Miami for her graduation. She started working for ABC News and Fox News in Washington which further made her get highlighted with her career achievements. Hadley was the lady who presented CNBC’s Access: the Middle East and Access: Africa. She has done reporting several times from World Economic Forum in Davos.

Hadley works for CNBC and is best known for her anchoring work in Abu Dhabi. She has attained her capital connections from CNBC’s Middle East headquarters based within Abu Dhabi Global Markets. Her show is telecasted on the small screen daily that provides reading on Asia’s market mid-day and sets for the Middle East and European trading day. Hadley has also worked on CNBC’s popular show and franchise access: the Middle East where she puts her words out for various world leaders, philanthropists, and international CEOs. There have been many guests on her particular show. Some of them include Blackrock CEO Larry Fink, Facebook’s Sean Parker, HRH Princess Reema bin Bandar Al-Saud and Bill Gates, U.S Treasury Secretary Steven Mnuchin as well as U.S Secretary of Defense Mark Esper.

In October 2018, Hadley Gamble was one of the first international journalists to report live from Saudi Arabia following the murder of Jamal Khashoggi. She was also the first international lady or journalist who reported live on the ground of Aramco oil facilities in September 2019 reporting about the damage left by Iranian drones and rockets. Hadley was the regular contender on the channel of CNBC from the side of the World Economic Forum in Davos where she used to report on various topics ranging from geopolitics to economics. She is one of the passionate advocates who is always ready to fight for women. Gamble was also the leading anchor behind moderating women’s business forums in Saudi Arabia. She was the one who anchored the news based on a decades-old ban on women’s driving and for which she provided the first-hand exclusive content on CNBC.

Gamble is a very private woman thus as far as her relationship matter is concerned, she doesn’t want any attention about it. She used to keep her life secretive from the public’s view or eye. She has not provided much information about her personal life neither she has shared anything related to her past affairs. However, we will try to keep this section updated for you.

According to certain reliable sources, Hadley Gamble is estimated to earn in the range of $40,000 to $50,000. The award-winning journalist has earned a net worth of around $1 million. She has earned a lot of fame and money out of her hard work. She is best known for her anchoring career. Whatever, she earns comes from her television appearances as an anchor on the news channel. She has attained a successful journalism career throughout her life.