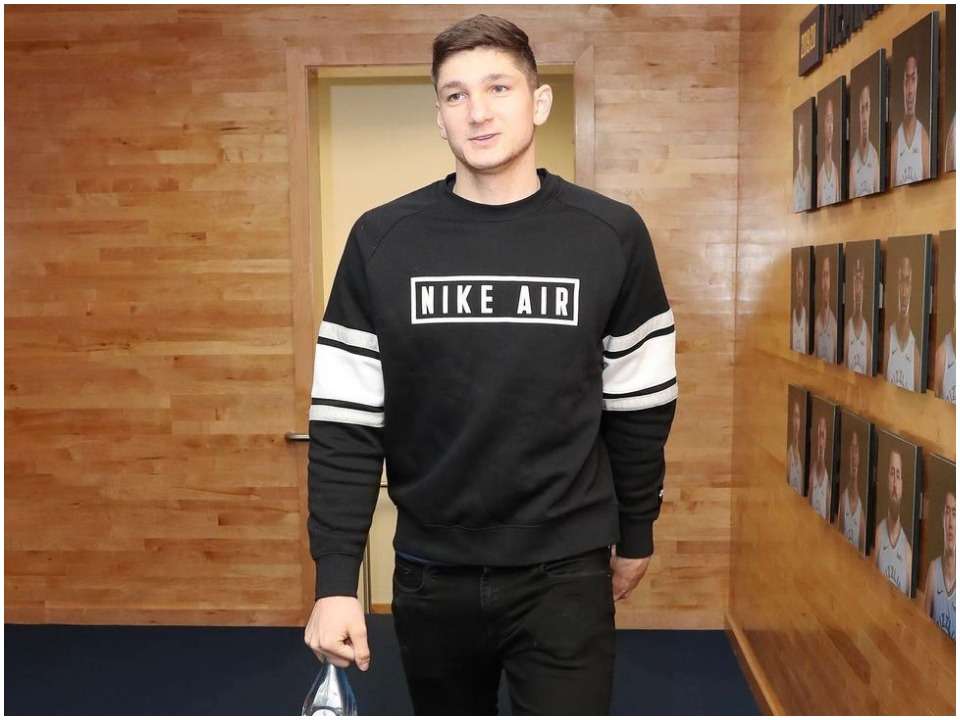 Grayson James Allen was born on 8th October 1995 in Jacksonville, Florida. William Allen, a government contractor, and Sherry Allen, a human resources professional, are his parents. Allen earned an AP diploma from a province school in 2014 and graduated with honors. He was the vice president of the student government at his high school. Allen went on to Duke University in Durham, North Carolina, to further his study. He was selected in the 2018 NBA Draft. Allen was named a McDonald’s All-American in 2014 after winning a state championship at Providence School in Jacksonville, Florida the previous year. He beat out future Duke teammate Jahlil Okafor to win the McDonald’s All-American Slam Dunk Contest.

Allen began his basketball career at Jacksonville’s Providence School, where he was coached by Jim Martin. He guided the squad to a state championship with a 90-10 record. At the 2013 Nike Global Challenge, he took home a silver medal. Allen had a senior year where he averaged 22.8 points, 6.7 rebounds, and 4.2 assists. He was a fifth-team All-American for MaxPreps, as well as the 2014 McDonald’s All-American Game and the 2014 Jordan Brand Classic.

Allen appeared in 35 games for the Duke Blue Devils as a freshman, averaging 4.4 points per game. He was named to the All-ACC Academic Team at the end of the season. He raised his averages to 21.6 points, 4.6 rebounds, and 3.5 assists as a sophomore. Duke defeated the Wisconsin Badgers 68-63 to win the 2015 NCAA championship. Allen was chosen to the All-ACC First Team in 2016. He was also named to Sporting News’ Second Team All-American team, as well as the AP and NABC’s Third Team All-American teams.

The Utah Jazz selected Allen with the 21st overall choice in the 2018 NBA draft. The Memphis Grizzlies announced Allen’s acquisition from the Jazz on July 6, 2019. Allen was removed from an NBA Summer League game between the Grizzlies and the Boston Celtics on July 11, 2019, after committing back-to-back flagrant fouls that commentators referred to as “cheap shots.” Allen scored 20 points, a career-high six 3-pointers, two rebounds, and one assist in 26 minutes of action against the Utah Jazz on August 5, 2020.

Memphis stated on December 16, 2020, that they had activated their team option on Allen for the 2021–2022 seasons. The Grizzlies traded Allen to the Milwaukee Bucks for Sam Merrill and two future second-round draught selections on August 6, 2021. Jon Horst, the Bucks’ general manager, said, “‘Grayson is a gifted point guard. We’re delighted to welcome him to Milwaukee because of his three-point shooting, intensity, tenacity, and basketball IQ “.. Allen signed a multi-year contract extension with the Bucks on October 18.

In terms of his personal life, James is presently dating Morgan Nicole Reid, an American soccer player who also attended Duke University. Furthermore, he rarely speaks about his former affairs in the media, which is why details about his personal life have remained a mystery until now.

Grayson Allen, who was acquired through trade from the Memphis Grizzlies over the summer, has agreed to a two-year, $20 million rookie agreement with the Milwaukee Bucks. Allen is projected to start with Jrue Holiday in the backcourt until Donte DiVincenzo returns from his injury. However, DiVincenzo’s return to the starting lineup was far from certain, and now that Allen signed the agreement, he may be even more likely to come off the bench.

Tuesday was the deadline for members of the 2018 draft pick, which includes both Allen and DiVincenzo, to sign a contract extension or become restricted free agents in the summer. While the issue with DiVincenzo is considerably more complex, Milwaukee was able to reach an agreement on a two-year, $20 million contract that will begin in the 2022-23 season.

Grayson Allen has a net worth of $2 million dollars. In 2018, he agreed to a two-year, $4.5 million contract with Utah Jazz. His rookie deal is completely guaranteed, and he will earn $2.25 million each year on average.