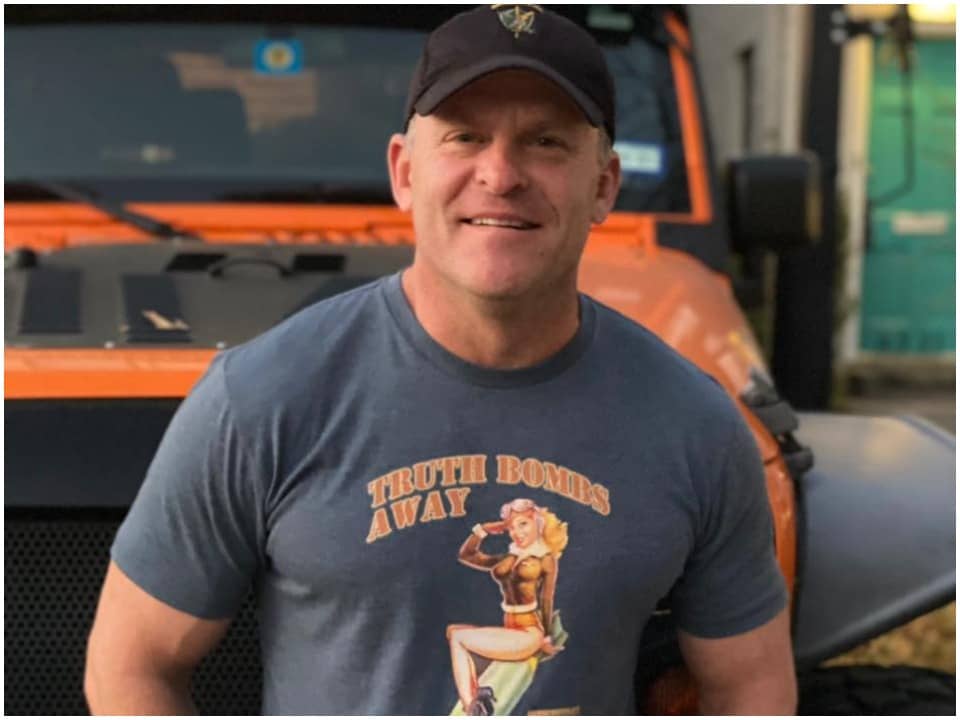 Grant Stinchfield is an American Journalist and Businessman. He has previously worked at NBC, KECI TV, NRA TV, and many more. Currently, he is all over the news for his yelling and screaming at a veteran for mildly criticizing the former Potus Donald Trump while discussing the situation of several Americans in Afghanistan on Newsmax Channel.

Grant Stinchfield was born in 1969 in Irving, Texas, United States of America, although his exact date of birth is under the shadow. Moreover, information about his parents and siblings is also kept secretive because he likes to keep professional as well private life separately. Grant has completed his high school education but the details about the same are not in limelight. In 1987 he went to Denison University and earned a Bachelor of Arts degree in Communication. Further, in 2001 he went to Quinnipiac University and earned a Master’s degree in Journalism.

Grant began his career in the field of Journalism. In 1995 he was working as a reporter for KECI TV. In 1998 he started working for NBC as a reporter/anchor. After that in 2010, he founded Arborplex Tree Care in Dallas. In 2011 he was a Candidate for US Congress in District 24. The same year he was an owner at Kwik Kar Lube & Auto Repair. In 2012 he was a host at KLIF-AM on the show named The Stinchfield Report. Later in 2016, he was a Host at NRA TV. From January 2011 till now he was working as an Investor and Sales Master at Emerge Clinical Solutions, Mater’s Fast Tow, Alamo Grips. Even in 2015, he was hired as President for GPS LineHaul Inc. In June 2020 he was working as Host for Stinchfield 8pm ET at Newsmax Media Inc.

Grant is married to his wife named Amy Vanderhoef who is a radio and TV host.  They had a very private and intimate wedding ceremony about which the details have not been shared.  The couple is blessed with a son whose name is Wyatt. Grant is very active on social media platforms and likes to share his opinions on ongoing current affairs. On Instagram, he has 17.1 thousand followers. According to his Instagram bio, he is a Golf player and a Small time capitalist. He joined Twitter in April 2018 and has earned 84.6 thousand followers.

Grant Stinchfield has earned a lot in his career by working as an anchor and reporter for various news platforms. According to sources, his net worth has been estimated at $2 million.  He also owns many businesses and can earn by attending various events.