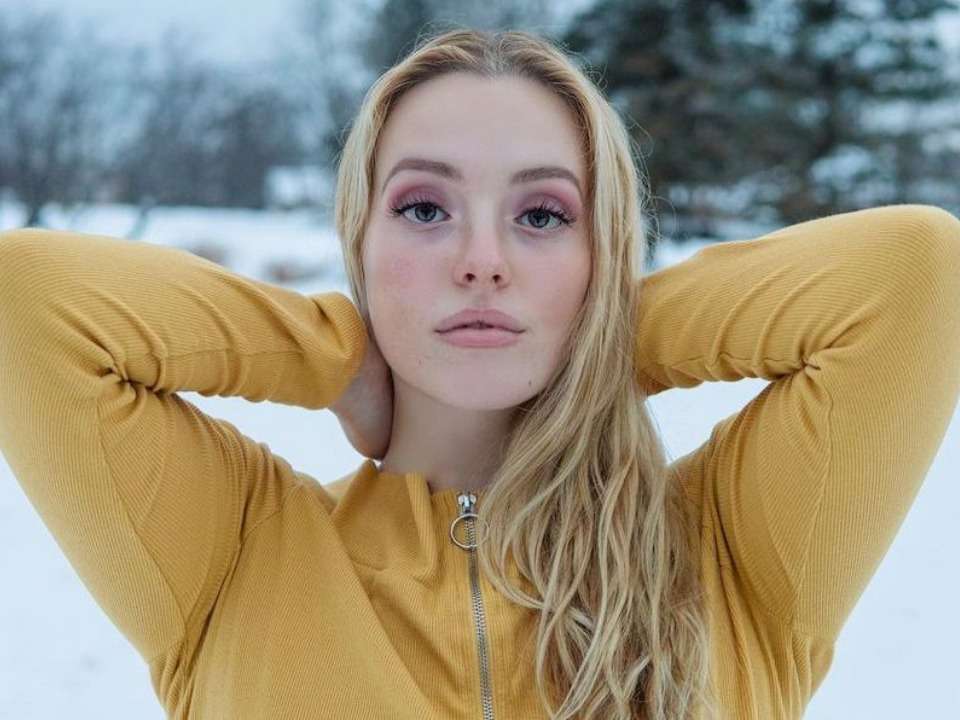 Grace Kinstler is a young and hardworking American Singer and Songwriter. She has recently appeared on season 19 of American Idol as a contestant. She prefers the pop genre of songs and her work can be seen on YouTube, Spotify, and the Jio channel.

Grace was born on 4th August 2001 in Illinois, Chicago, United States of America. The name of her mother is Sherry Kinstler and her father is Mitch. She also has two brothers, not much has been shared about her brother.

Grace has completed her high school graduation from Crystal Lake Central High School. For her further and higher studies, she enrolled herself at Berklee College of Music. The college is located in Boston and she will graduate in 2022. It seems that she is preparing herself to build her career in the music industry.

Grace began her career by appearing on an American reality TV show named American Idol season 19. Her performance was judged by Luke Bryan, Katy Perry, and Lionel Richie. She also used to upload music videos on her social media and used to participate in her school activities. For her auditions, she sang two songs named Midnight Train to Georgia and A Natural Women which made judge Luke very emotional. Her performance was loved by the judges as well as the audience. She received three yes from the judges and earned a golden ticket for the next level of American Idol.

The name of the songs written by her are Sweet Sanity, You Just Don’t Love Me, Put Your Body on Me, Lavender, Cruel Love, Remember the People, For Granted, What Do You Want me to Say, Please Don’t Go, and Hypocrite Like You. Grace has been busy because of her appearance on American Idol. As it is a competition show so she is working hard. After the show, she might give interviews about her journey. She would also start posting music covers and songs on her social media channel.

Time and time, Grace performed way too well and with her amazing voice, she always wins hearts of audiences. Recently she threw emotional performance especially for her late father who died when she was 19 years. She performed “Father” by Demi Lovato during Showstopper round and audiences already counted her as a winner. Some of them even praised her and said that she could be the next “Adele”.

Grace Kinstler emerged as one of the fan favorites since the start of the show and she nailed everytime she performed. Last Sunday night during the battle to reach into top 3 spots and perform in the grand event, she give her all and slayed the stage with her mesmerizing voice where she performed her first single “Love Someone” that gave vibes of Kelly Clarkson. Loyal fans of her already announced her winner no matter what but still she took it to social media. She posted on Twitter that

“TOMORROW is the FINALE! I need YOUR VOTE! In the FIRST HOUR of the show, 1 person will be ELIMINATED. I need you to vote at the START of the show to make sure I make it through the first hour of the show. I appreciate all of your support”

Grace is currently in a relationship with Joseph Wheatley. Joseph is known for his beatboxing skills as he posts videos on social media. The couple is dating since 2019 and they share a lot of pictures together on social media.

Although, it is somehow unusual about her hips as so many users want to know about Grace Kinstler weight loss. Only possible explanation is that she might have done Gastric bypass surgery in order to reduce her weight and gaining stunning curvy body.

Grace earns a lot from her singing career and also schedule live music concerts. She is currently earning from American Idol. The other sources of income are sponsors and by appearing at events. According to sources her net worth has been estimated around $500,000.  She also earns by posting content on her social media account.