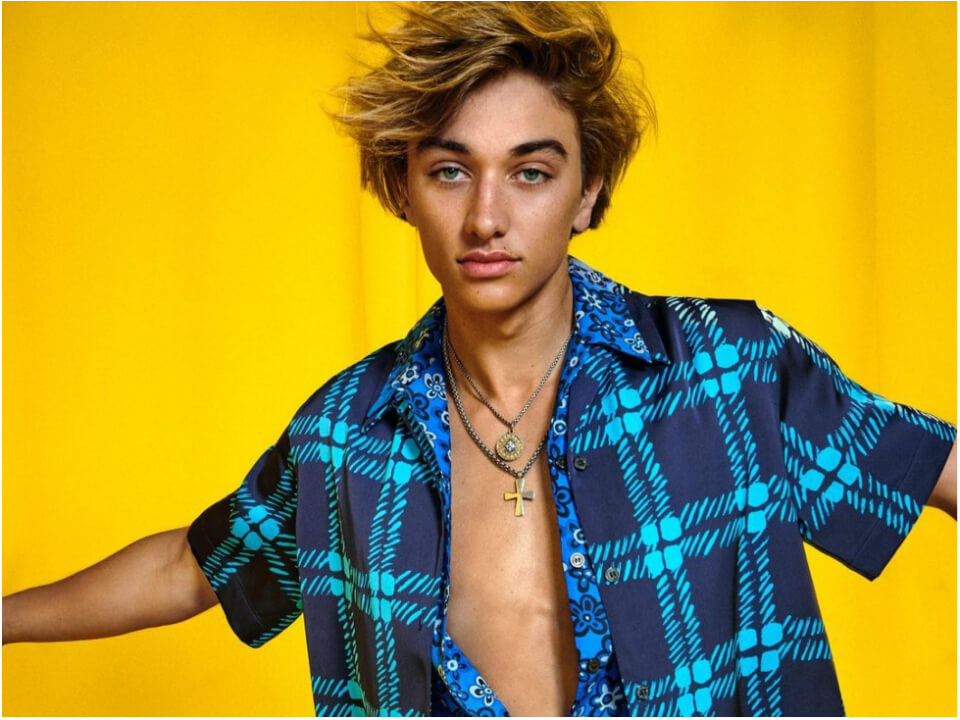 Gavin Casalegno is an American personality, famously known for his recent acting gig in the Amazon Prime series called The Summer I Turned Pretty, where he is playing the role of the younger brother Jeremiah. There is a love triangle in the story, where two brothers named Jeremiah and his older brother Conrad (played by Christopher Briney) together meet their childhood best friend Belly (played by Lola Tung). The three personalities get into the love triangle and it is exciting to see how the story unfolds as they meet or encounter each other in love. Gavin is famous for his significant roles in series like The Summer I Turned Pretty (Jeremiah, 2022), The Unhealer (Reed, 2020), Walker (Trevor Strand, 2021), and many more.

Gavin was born on 2nd September 1999 and he hails from Texas. Casalegno was brought up by his loving and caring parents named Bryan Casalegno (father) and Allyson Casalegno (mother). He is known to be the oldest personality in his house among the three children born to his parents. His younger siblings are named Ashlyn Casalegno (younger sister), and a younger brother (name not known). Despite this, it is known that Gavin began modeling at the age of 4.

Gavin wasn’t interested in acting in the first place because he wanted to pursue a career in real estate instead. He almost decided to give up acting and move on with real estate but when he heard about the audition, he thought to give it a shot. Gavin was destined for this role so he was selected to move further in the audition process. Eventually, he got the dream job and gave his breakout performance in The Summer I Turned Pretty.

Gavin began acting in his early childhood stage (at the age of 7). Since then he has been appearing in various movies, TV series, shows, and commercials. He has done various photoshoots and has shown his presence on various national retailers too. He has got himself trained by high-profile acting coaches and directors and has developed great emotional support and acting skills while growing out of the process of acting. When Gavin is not performing on the stage or in front of the camera, he is probably involved in soccer games playing or practicing with his soccer coach. He is an honor roll student and was born with a silver spoon in his mouth.

He often enjoys spending time with his family and friends and stays active on social media posting the moments with his close ones. Gavin first appeared as the child in one of the thriller series of 2011 called Hear Me Whisper, had one of the appearances in the 2010 episode of Lone Star, and performed in one of the films called I am Gabriel in 2012. He is in the news because of his new series on Amazon Prime Video called The Summer I Turned Pretty which had its premiere on the online web series on 17th June 2022. Gavin was only 7 years old when he began acting.

Along with acting, he has appeared in various commercials including Papa John’s Pizza advertisement. Gavin was raised while playing soccer and went to various workshops for his acting classes. To name a few, it included a workshop in Lewisville, Texas. While filming his most-watched and most praised film Noah, he got the chance to act against other famous stars Russell Crowe and Anthony Hopkins in 2014.

Gavin is currently known to be committed to the TikTok star, back dancer, actress, and the YouTube famous star named Larsen Thompson. The couple has been involved with each other for more than 6 years, posting the first Instagram picture while being together in 2016. Both Gavin and Larsen are deeply in love with each other, showing each other their presence in each other’s life on their social media.

Larsen is only 21 years old and has starred in many famous projects including American Cherry, Bloodline, The SpongeBob Movie: Sponge on the Run, and many more. She has also worked with the famous star Julia in her Netflix series called The Midnight Club. Despite being an actress, she is famous on her TikTok account along with 1.2 million followers. Larsen Thompson began her acting and dancing gigs at the age of 12 and started appearing in the shows like Nickelodeon’s The Fresh Beat Band, X-Factor, America’s Got Talent and others.

Gavin Casalegno, who belongs to a well-settled and highly reputed family background, is surely earning well because of his connection with the commercials, modeling, and acting. He is a multi-professional personality being involved in different things at one time. For the moment, Gavin’s estimated net worth is somewhere around $2 million, giving him enough name and fame in the industry.