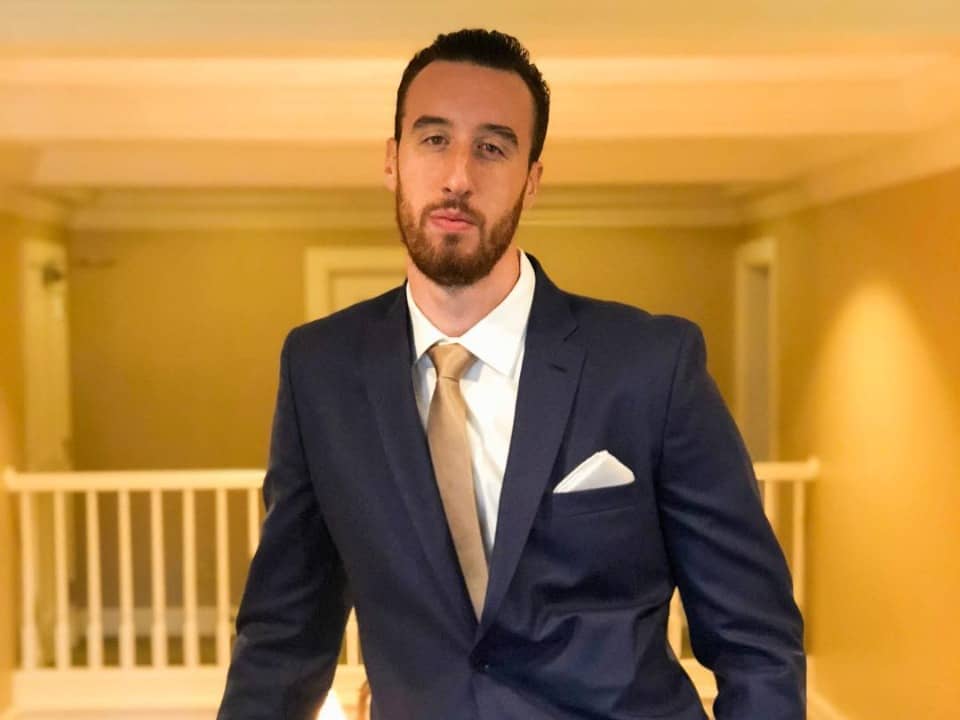 Former Wisconsin legend Frank Kaminsky plays at center position for the Phoenix Suns. He got the chance to show his skills as Dario Saric was injured so he had to leave the game in the NBA finals 2nd game between Suns vs Bucks.

Frank was born on April 4th, 1993 to his father Frank Jr and Mother Mary. He was born in an athletic family as his father was a former basketball player at the Lewis University while his mother was a volleyball player at the North-Western University. Frank is known to have two siblings sisters Key and Hannah and four step-siblings. He follows Christianity and is of mixed Polish and Serbian ethnicity. he grew up in Woodridge, Illinois, and played basketball since he was a kid.

Frank attended the Benet Academy in Lisle, Illinois from where he graduated with his high school diploma in 2011. He further went on to attend the University of Wisconsin and graduated with a bachelor’s degree in 2015.

Frank started playing basketball in High school where he was part of the Benet academy school team- redwings. In his senior year, he became the All-state by the Chicago sun times and also received the title of second-team All-state by AP. He was also named the player o the year at Eastern Suburban Conference. Frank later went on to pursue college basketball at the University of Wisconsin and started playing for the Wisconsin Badgers team.  He played his freshman year season with great form and in his sophomore year, he scored the most points in the whole season with 19 points.

In his senior year, he became the Best Ten preseason player of the year and the team successfully won the Big Ten Tournament and Big ten Regular season which made the team to be seeded at #1 in NCAA. he was named the Consensus First-team all-American and the National Association of Basketball coaches player of the year in 2015. The same year, he also received the Oscar Robertson Trophy along with the John R Wooden Awards and Kareem Adul-Jabbar Centre of the year awards.

He later joined Phoenix Suns in 2019 and played the 2019 season with the team again scoring a season-high score of 24 points. The following season, he suffered a knee injury and had stress fractures, and could not play the rest of the season. He returned for the 2020 NBA Bubbles and helped to maintain a winning streak of 8 games. He was waived off and joined the Sacramento Kings for a while but returned with Phoenix this season in 2020-21 and has maintained his game against Milwaukee Bucks and is set to play the next two games at the NBA finals with the team.

Frank is not known to be dating anyone at the moment and is believed to be single. He is known to be a great fan of Game of Thrones and also had his shoes customized with the theme. Frank is also really fond of pets and owns a dog named Khali. He also loves gaming and holds several live streams frequently.

Frank has been playing basketball for several years and has won several awards and honors. He has also signed hefty contracts with the teams and over the years, he has built a lot of wealth. His net worth as of 2021 is estimated to be around $6million.

Frank is a talented and motivated basketball player who loves the sport and always gives his best to perform well in the games. He has successfully led his team several times to victory and looks forwards to more such opportunities. He has a great career ahead of him and is anticipated to show a great performance in the upcoming games.