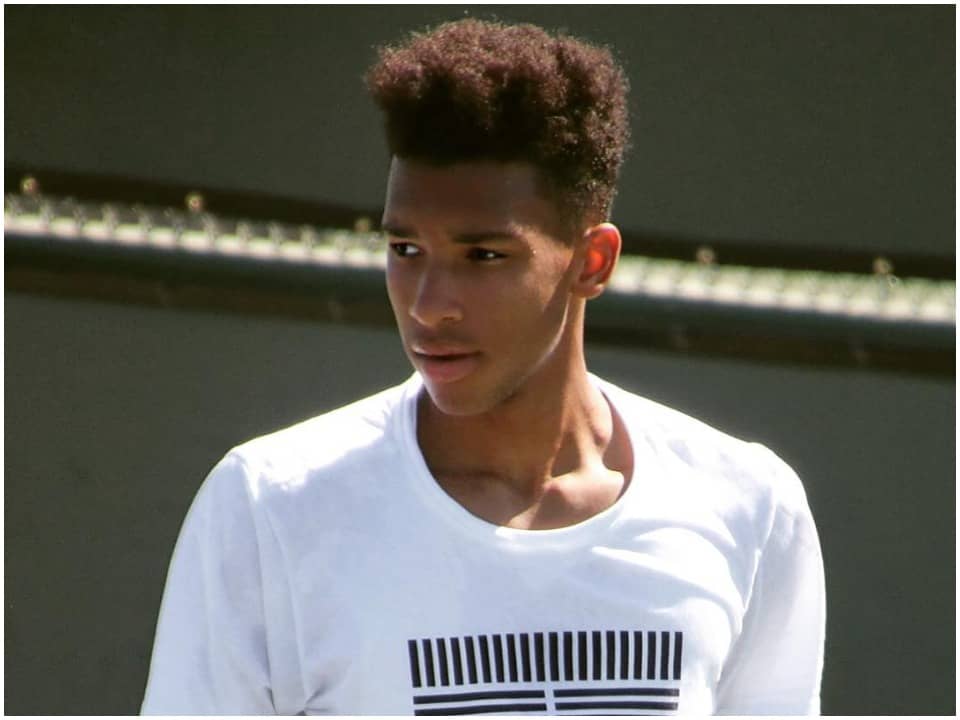 Félix Auger-Aliassime is a professional tennis player who belongs to Canada. He has registered himself to be the youngest tennis player in the top 20 by the Association of Tennis Professionals and has ranked the career-high ranking of number 15 in the world. Felix held the eight runner-up finishes in singles and one doubles registered on the title of ATP tour. He began competing at a very young age and has registered his name among the top players for world-class performance mere at the age of 14. Augur is one of the youngest players to defend the challenger title at the age of 17. He possesses a successful career as a junior and reached the world ranking of number 2 while winning the US Open boys’ singles title in 2016. He has achieved the consecutive eight runner-ups out of eight ATP finals.

Félix Auger-Aliassime was born on 8th August 2000 in Montreal and was raised in Quebec City. His parents named Sam Aliassime and Marie Auger. His father is an immigrated person from Togo and his mother is French-Canadian Descent. He is one of the youngest siblings with his elder sister named Malika who plays tennis as well. He started playing tennis at the age of four and got trained at Club Avantage in Quebec City.

At the Junior event of French Open 2016, he entered the first Grand Slam singles final while being holding the championship points. In July 2016, Augur won the quarterfinals of a single title and the finals in doubles with Denis Shapovaloy. In September 2016, he won the title of boy’s singles in US Open with a straight-set victory over MIomir Kecmanovic. At Tokyo Olympic 2021, he entered the tennis game defending the gold medalist Andy Murray in the first round. However, Andy was soon replaced by 190th ranked Australian Max Purcell due to a calf injury.

Felix is dating Croatian equestrian Nina Ghaibi. In March 2021, they both put their picture together on the Instagram platform announcing that they have been together for two years. Felix’s girlfriend has over 5k followers on Instagram and can probably expect the hike in the range of her followers due to her affair with the tennis champion Félix Auger-Aliassime

Félix Auger-Aliassime is a tennis sensation who belongs to Canada and is currently one of the youngest players who appeared in ATP with top 30 rankings. He reached his career-high ranking of number 17 in October 2019. The 20-year-old boy has already shown his promising performances at several tennis games and has become one of the youngest people to enter ATP-500 finalist in Rio Open. He is expected to make prize money of $3,132,199 and is estimated to earn a net worth of $1.5 million.