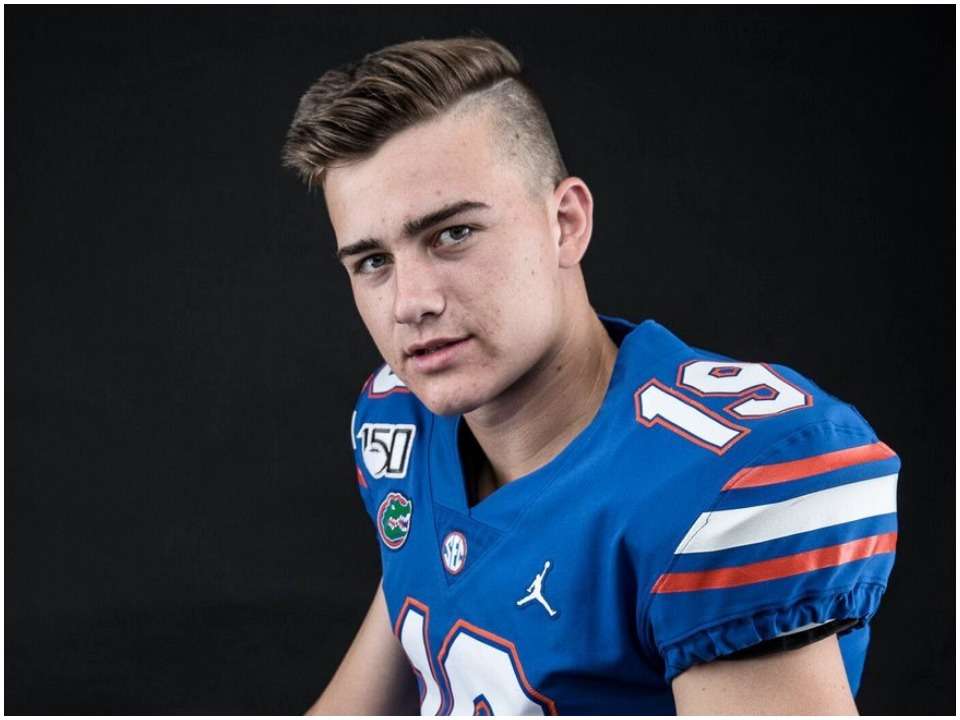 Evan McPherson is an American football player who plays as a kicker for the Cincinnati Bengals of the National Football League (NFL). Previously, he went to the University of Florida and later got drafted by the Bengals in the fifth round of the NFL DRaft 2021 in the overall 149th pick. He was the only kicker selected for the draft in the round.

Evan McPherson was born on 21st July 1999 and as of 2022, he is merely 23 years old. He was brought up along with his older brother named Logan who was also an all-state kicker for Fort Payne High School and later went to play punter for Louisiana Tech University. Evan’s younger brother Alex was named All-State kicker with Fort Payne in 2019, and a punter in 2020. In 2021, Alex announced his intention and commitment to play with Auburn University. Currently, Alex is the highest-ranking kicker for the 2022 class.

Evan McPherson began his football career at Fort Payne High School situated in Fort Payne, Alabama. He spent his four years as the team’s kicker and punter. At Fort Payne, he made a 60-yard field goal and an 84-yard punt. Both the kicks made an Alabama High School record. He made his first-team All-State in 2017. McPherson played college football at Florida from 2018 to 2020 before choosing to forgo his senior season and enter the NFL draft. At Florida, McPherson made an overall record of 51-60 field goals that was one of the highest Southeastern Conference records for the career field goal percentage. He made 149-150 extra points and 5 out of 8 career field goal attempts for at least 50 yards.

McPherson was selected in the draft of NFL draft 2021 in the 149th overall pick by the Cincinnati Bengals in the fifth round. He made a perfect 5/5 on field goals during the Bengal’s three 2021 preseason games. Additionally, he made a 57-yard kick. At the end of the preseason, the Bengals released the only kicker on the roster Austin Seibert and named McPherson the starter for the 2021 regular season. McPherson became the first player for the Fort Payne High School to play the NFL regular-season game. McPherson finished the season while scoring 28/33 on the field goal and attempting an average percentage of 84.8 with 9 out of 11 within at least 50 yards.

In the playoff game against the Las Vegas Raiders, he made 4 of 4 field goals and named the victory on the name of his team with an overall score of 26-19. The game was named to be the first postseason win in 31 years. In the divisional round, McPherson was again on the 4/4 field goals including two of them for the 50 yards. He made his 52-yard field goal as time expired. This gave the Bengals a win with an overall score of 19-16 over the Titans. Recently, in January 2022, he led his team to win the title of the first AFC Championship Game since 1988.

Evan is committed to his long-time girlfriend named Gracie Groat. The couple started at a very young age after they met each other and when he was in ninth grade and Gracie was in eighth grade. Gracie is a student of Auburn University and they both got engaged in July 2021. Evan has recently shared a picture with Gracie on his Instagram expressing his love for the girl who stole his heart and has been with him for years. Gracie can be found on Instagram where she has got around 5K followers and shares lots of posts with Evan.

According to the sources, Evan McPherson’s estimated base salary is somewhere around $600,000 with an estimated net worth of $3 million. No doubt, at such a young age, Evan McPherson has achieved a lot with his hard work and aspirations. He is already making people amazed with his incomparable talent. We wish him good luck and a happy career ahead in his life.