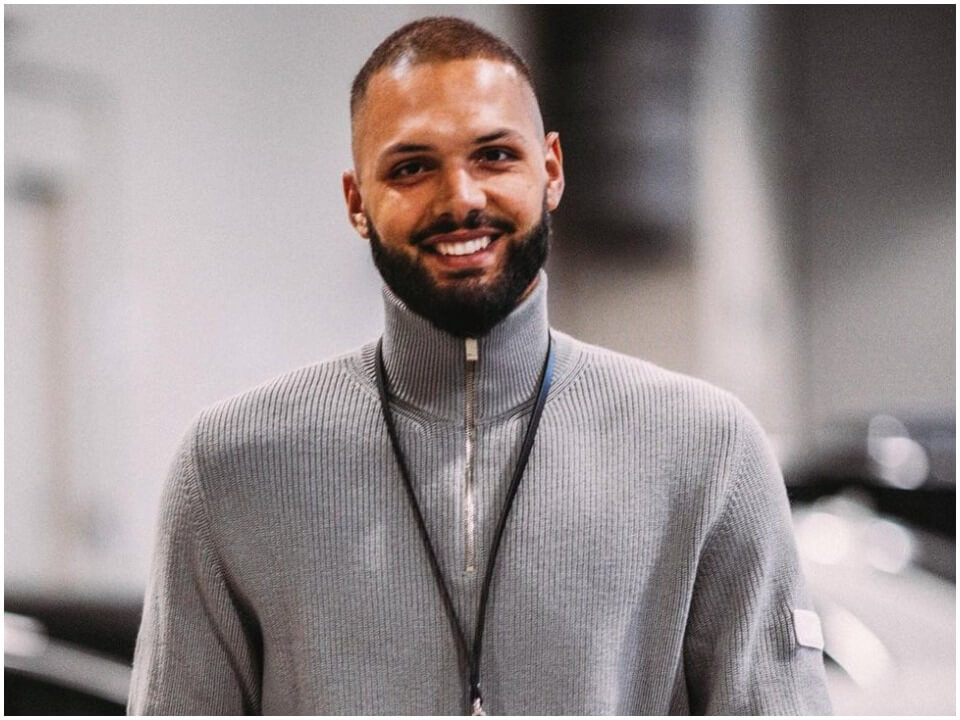 Evan Fournier is a hardworking French Basketball Player who played for Orlando Magic and Denver Nuggets. His position is of Shooting Guard and used to also represent France. He has 188 thousand followers on Instagram and 263.5 thousand followers on Twitter. From now on he will be seen playing for Boston Celtics.

Evan was born on 29th October 1992 in Saint- Maurice, France. The names of his parents are Francois Fournier who is French and Meriem Fournier belongs of Algerian descent. At a very young age, he became interested and active in playing sports. The information about his schooling has not been shared as he became interested in basketball in the year 2002 and decided to focus on the same. He went to INSEP, France which is a National Institute of Sports, Expertise, and Performance from 2007 to 2009. So, he began training himself for becoming a professional basketball player.

Evan began his professional career in 2009, before that he used to participate in many games. The same year he signed a one-year deal with JSF Nanterre. Next year he signed a two-year deal with Poitiers Basket 86 which is a team in the Basketball league, France. On 28th June 2012, he was the 20th overall pick up by Denver Nugget in the 2012 NBA Draft.  He was seen playing in the 2012 NBA Summer League. During the season he averaged 12.3 points and scored more than 17 points.

In 2017,2018 and 2019 he played matches against Sacramento Kings, Minnesota Timberwolves, Los Angeles Lakers, and Golden State. Evan will be seen playing matches being on team Boston Celtics. Due to the Covid-19 pandemic, the matches were postponed. He spent a lot of quality time with his son and also focused on training for his upcoming games.  Not much has been shared about the gaming timetable yet.

Evan has not yet been involved in controversy. He likes to react as a professional to the news that’s why he has a clean image. But according to sources he has been traded off to the Boston Celtics team recently. ESPN has also supported the rumors about the trade. Earlier they removed Nikola Vucevic and now Evan.

He even posted a heartfelt video on his Instagram account where he is thanking Orlando Magic, as he played for 7 year with them. The fans felt that this trade off was not needed as he was a wonderful player and human to them.  But the fans supported the decision and the result are clear that he is shooting 38% on 7.2, 3 points attempt per game at Boston.

Evan is currently married to Laura who deals in real estate. They like to keep their personal life low-key and away from the limelight. The couple was blessed with a son named Elias in June 2019. He seems to be spending quality time with his family also.

Evan has earned a lot from his Basketball career. He used to play games for France basketball league and later for NBA teams. He earns an estimated salary of $17,000,000. His other sources of income are from his sponsors and event appearances. According to sources, his net worth is estimated at around $4,268,040.