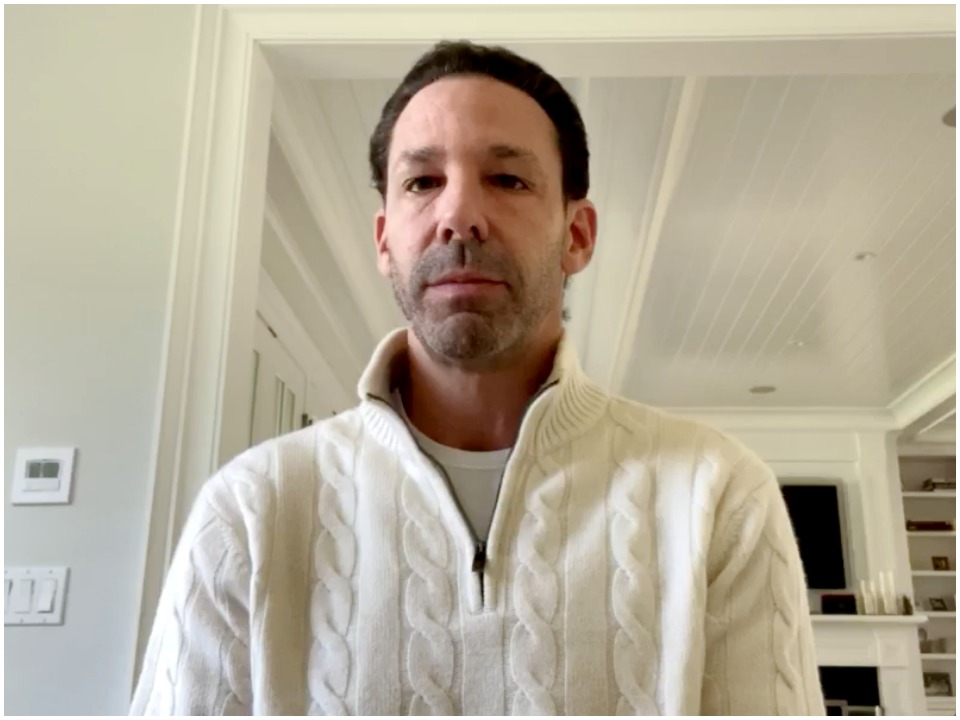 Erik Brooks is an American businessman and Entrepreneur famously known to be the Founder & CEO of Ethos Capital LLC. He has extensive experience working as a partner and professional in several firms and companies as a professional and is known to be highly skilled and humble. Erik is currently in the news because of his engagement with ex-partner Jill Martin and most probably stayed in the headlines for their complicated relationship in the past.

Erik was born in 1967 in a family of Jewish Ashkenazic ethnicity but he has not shared his exact date and year of birth. He is currently known to be in his mid-50s and follows Judaism. He has not shared much about his early life and background and thus the names of his parents and family members are unknown. Erik is known to have completed his bachelor’s degree from Brown University from where he graduated with a BA degree in 1989. He later attended Harvard Business School to pursue a master of Business Administration degree in 1992 and graduated in 1994.

Erik started his career as an Associate in Apex Partners firm in 1990 where he worked at the position for two years after which he went on to join New Century Holdings. He joined the company as the vice president in 1994 and stayed in the position for five years till 1999. Erik then shifted to ABRY partner’s firm to join as a Managing Partner in 1999. He held the position for the longest term of 20 years and contributed majorly to the firms with his expertise and skill.

Recently in 2019, he decided to start his own private investment firm after gaining extensive experience over the years. He started Ethos Capital LLC where the focus lies on companies where technology is used to automate and transform traditional business and leads to turning them efficient. He is currently the founder and CEO of the organization.

Erik Brooks is currently engaged to his fiancée Jill Martin, contributor on Today.  He recently proposed to her on Harbor Island in the Bahamas. The two were also previously engaged but broke apart for 18 months due to a long-distance relationship and have come back together. They first met in 2017 on a dating app and were engaged in 2019 for the first time. Erik had previously been married and had 3 children but got divorced. The name of his first wife and children are unavailable.

Erik Brooks has been working in the financial industry for several years as a professional businessman and has also held important positions in several companies and firms. His net worth as of 2021 is estimated to be around $12million but the information is not officially released yet.