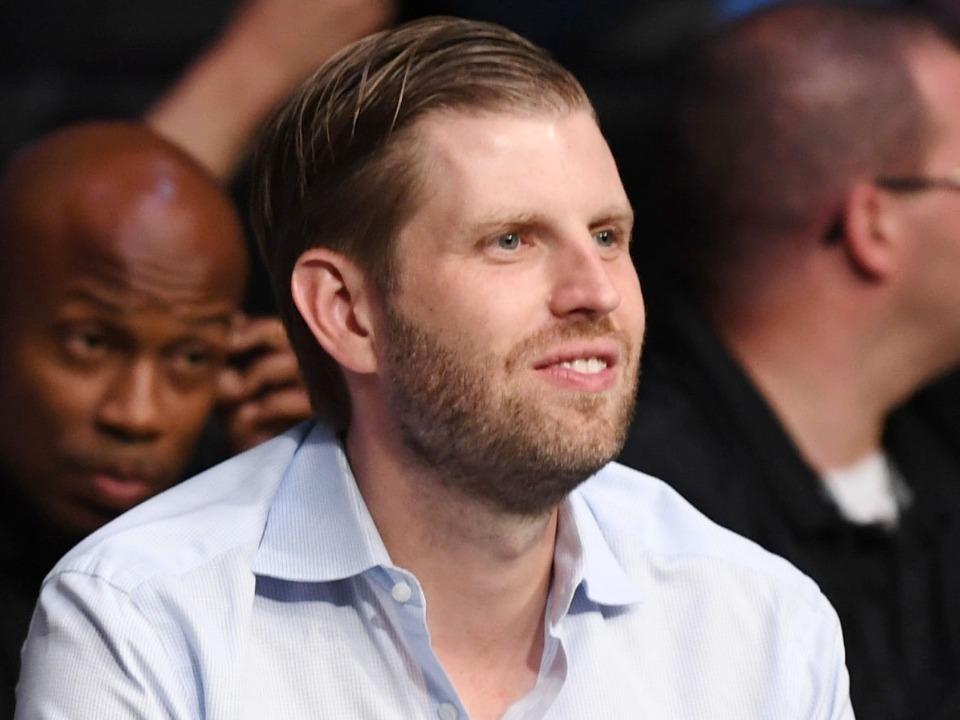 Eric Frederick Trump, also known as Eric Trump, is an American businessman, philanthropist, and former reality television personality. He is a fourth-generation businessman, a trustee, and executive vice president of  The Trump Organization, running the company alongside his older brother Donald John Trump Jr, also known as Donald Trump Jr.

He was born on January 6, 1984, in New York City, New York, United States of America. He is the third child and second son of the President, Donald Trump, and his wife, Ivana Trump. In 1992, when he was eight years old, his parents divorced. Trump has four siblings namely, Donald Trump Jr.(brother), Ivanka Trump (sister), Barron Trump (brother), and Tiffany Trump (sister). Eric is the tallest Trump. As a young boy, Eric, along with his brother Don and his sister, Ivanka spent their summertime in the Czech countryside near Zin with their maternal grandparents.

His father, Donald Trump is the 45th and current President of the United States. Before politics, he was a businessman and television personality. He attended Trinity School and in 2002, he graduated from Hill School, a coed preparatory boarding school located in Pennsylvania. During his school years, he displayed a talent for woodworking and his classmates have described him as “good-spirited”. He graduated with a degree in Finance and Management from Georgetown University in Washington, D.C. He broke family tradition by attending Georgetown in Washington D.C.

He acts as the executive vice president of the development and acquisitions of the Trump Organization. He assisted his sister Ivanka and played a key role to renovate Trump National Doral and its Blue Monster course in Miami, Florida. Trump received Wine Enthusiast Magazine’s “Rising Star of the Year” Award in 2013. When his father, Donald Trump became President, he made Eric a top executive in the family business, which continues to operate and promote across the world.

Eric was also a key advisor, fundraiser, and campaign surrogate during his father’s successful run for the presidency at the 2016 presidential campaign which was formally launched by his father on June 16, 2015. On behalf of his father, Trump and his wife made campaign appearances in numerous states. Apart from these duties in the Trump organization, Eric was a boardroom judge on his father, Donald Trump’s reality television series “The Apprentice” for five years from 2010 to 2015. He appeared in 23 episodes.

On November 9, 2014, Trump married Lara Lea Yunaska at his father’s Mar-a-Lago Club in Plam Beach, Florida. Before getting married, they both dated each other for several years. They have two children and their first son Eric “Luke” Trump was born on September 12, 2017, in New York City. Their second child, daughter Carolina Dorothy was born on the 19th of August 2019.

Over the last two decades, Donald, Ivanka, and Eric have earned $35 million each in salary. The three siblings technically do not have ownership stakes yet in the vast majority of their father’s businesses. However, they do, each own 7.5% of Trump International Hotel in Washington D.C. Also, being an American businessman and philanthropist, he has a net worth of $300 million. He also plays a key role in the Trump Organization.