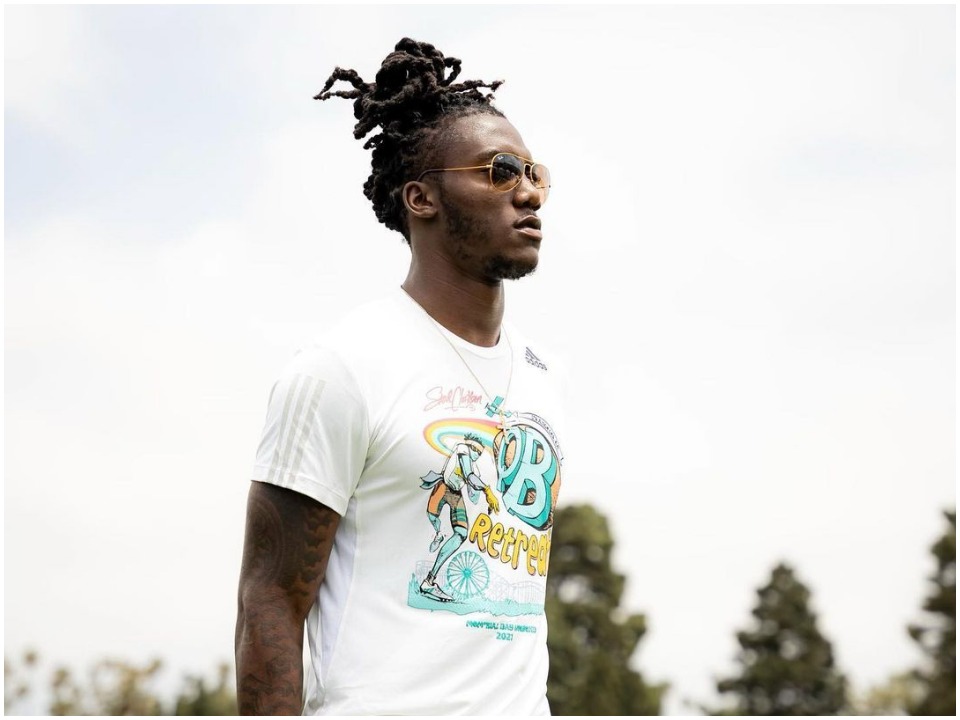 Emory Jones is an American College Football player. He is currently playing for the University of Florida’s Football team named Florida Gators at the position of starting quarterback. In 2020 he has played in Cotton Bowl Classic and next year he was seen in Gasparilla Bowl.

Emory Jones was born on 29th April 2000 in LaGrange, Georgia, United States of America. The names of his parents are Daryl and Trina Jones. He has not shared details about his siblings with the media. At a young age, he showed active participation in playing various sports games. Emory has attended Heard County High School in Franklin, Georgia. After completing his high school studies, he showed interest in playing football. So, he went to the University of Florida and is seen playing for the Florida Gators Football team.

Emory decided to build his career by playing Football. At high school, as a Senior he scored 61 of 103 passes for 1,197 yards and 10 touchdowns while also rushing for 494 yards and six touchdowns. He was rated as a four-star recruit and signed to play for Florida. In 2018 he started in four games before redshirting his freshman season. He completed 12 of 16 pass attempts for 125 yards and 2 touchdowns.

As he was a Redshirt freshman, he completed 25 of 38 pass attempts for 267 yards and 3 touchdowns and also rushed 42 times for 256 yards and 4 touchdowns. In 2020 he played 9 games and has scored 221 passing yards and 2 touchdowns and 217 rushing yards. Due to the Covid1-19 pandemic, most of his matches were postponed. Next year he was seen in 10 games and has earned 2,138 passing yards and 628 rushing yards. There were also rumors about him transferring and playing for Gasparilla Bowl but he has now decided to play with Florida in 2022.

Emory is currently single. He has not shared details about his past relationships with the media yet. According to sources he was in a relationship for a while but has not verified any of the rumors with the media. He also likes to keep his private life away from the limelight and seems to be very focused on his career. Emory is active on various social media. He likes to post content about his pre, pre, during, and post matches and along with that also shares modeling pictures. On his Instagram account, he has earned 59.7 thousand followers and 870 following. In December 2014 he created his Twitter account and has earned over 37.6 thousand followers and 692 following.

Emory Jones must have earned a lot by playing football against many teams. He usually earns by winning the games, through prize money. According to sources he has not yet opened up about his salary and net worth. Some other sources from where he earns are brand endorsements.

Truth (Too Hot to Handle) Biography